Opinion: Veto of tax-incentive oversight is a lost opportunity 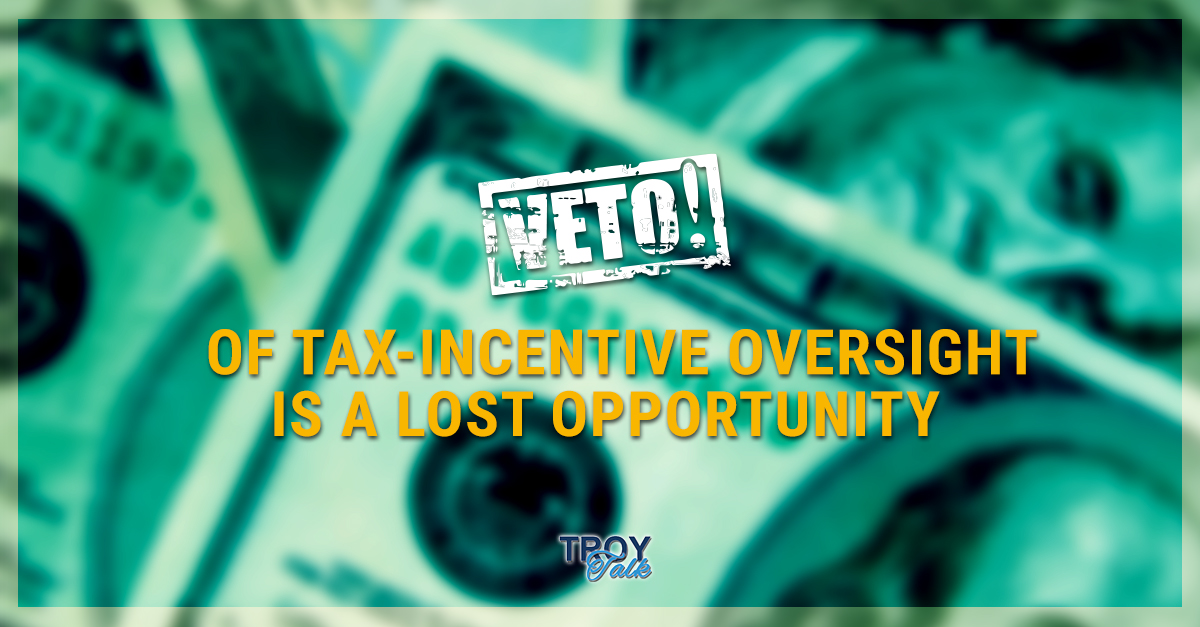 These expenditures are special or selective tax-relief benefits authorized by law to encourage investment, create jobs and facilitate economic development, or to relieve the tax on products, services or financial decisions in order to boost businesses.

These are laudable goals that I have supported and even sponsored. With that said, a component of that authorization should be our ability to critically analyze the economic benefits of those expenditures.

Given New Jersey's lagging recovery from the recession and our sluggish job growth rate, we need to do a better job of determining whether these incentives are achieving their goals and working in the taxpayers' best interests.

That is where the governor's veto misses the mark.

Since taking office, his administration has awarded almost $6 billion in incentives. In contrast, a total of $1.25 billion had been granted in business subsidies in the 10 years prior to the Christie administration. By fiscal year 2019, these subsidies will cost the state budget almost $800 million annually.

While tax subsidies are nothing new to New Jersey, the velocity at which they are being awarded has greatly increased in recent years. Releasing money of this magnitude without proper accountability standards is completely misguided. It should be common sense to examine whether these expenditures are working. It's what the taxpayers deserve.

While we must consider the larger, long-term picture when it comes to economic development tools, there is still an expectation that some short-term gains will be realized based on the magnitude of grants awarded over the last several years. And yet that doesn't appear to be the case.

At 3.8 percent, we still have one of the highest long-term unemployment rates in the nation, with the national average almost a full percentage point lower than New Jersey's. More alarming is our recovery pace, which we had hoped to boost through many of these targeted tax-relief programs. While the nation had recovered nearly all of the jobs lost during the recession by last summer, New Jersey has regained only about 60 percent of the 258,000 jobs lost during that time.

Many of these programs were created with lofty goals and the very best of intentions, but they need to be thoroughly analyzed so that we know whether they are living up to expectations or whether we need to revisit them to ensure that they are working in the best interests of our taxpayers.

Under a 2009 law, the executive branch of state government is required to review and evaluate certain state tax expenditures to determine whether the tax incentives have met expectations. However, the administration has continually failed to provide all the information required by law, hampering our efforts to gauge the effectiveness of these programs.

It also required an enhanced annual evaluation of specific data collected in order to measure any change in performance indicators and evaluate the overall benefit of tax expenditures. Christie's conditional veto essentially gutted all of this.

The governor eliminated our requirement in the bill that the report describe the specific goals, purpose or objective for each tax expenditure as outlined by the Legislature when we created the law authorizing the particular expenditure. Without this information, the report is essentially meaningless, because it won't properly size up whether the tax expenditure fulfilled the intention outlined under law.

While there have been a number of occasions where the governor's suggestions in a conditional veto made sense or even improved the bill, this is not one of those occasions.

For the sake of the long-term unemployed, for the sake of property taxpayers reeling from a loss of local industries, for the sake of college graduates trying to remain in New Jersey, we need to make sure our economic incentive programs are working the way we intended. This legislation, in its original form, is the best way to measure that.

First Published as an Opinion in The Record