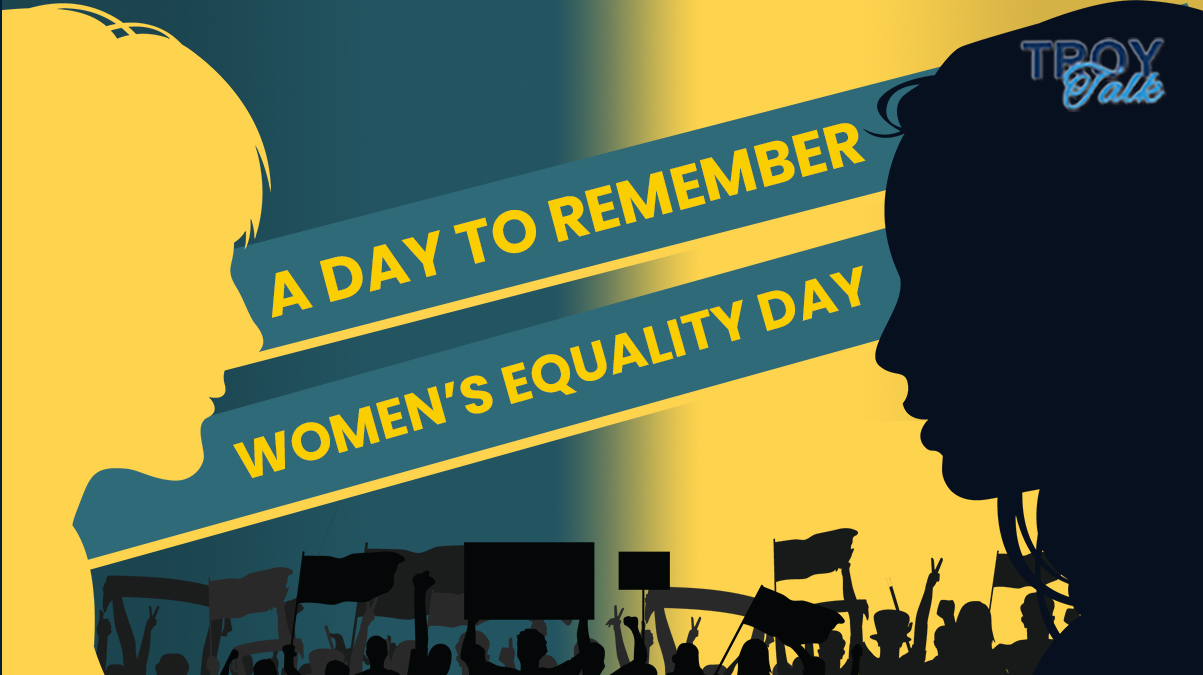 Here’s a brief history quiz. What is the 19th Amendment of the United States Constitution?

I’m not trying to trick you but rather to emphasize the amendment’s importance — it prohibits states and the federal government from discriminating against anyone’s right to vote based on gender. It is without doubt one of the first great victories for women’s rights, and upon reflection, the broadening of rights for everyone.

I mentioned the 19th Amendment because this Sunday, Aug. 26, is Women’s Equality Day. Rep. Bella Abzug (D-NY) introduced this commemorative day in 1971, and it gained congressional approval in 1973 though the law states that the president is “authorized and requested to issue a proclamation in commemoration of that day in 1920 on which the women in America were first granted the right to vote.”

Every president since Richard Nixon has issued a proclamation in support of this day though the law doesn’t require the president to do so. Indeed, the proclamation by former president Barack Obama captures the spirit of the celebration when he noted: “Nearly one century ago, with boundless courage and relentless commitment, dedicated women who had marched, advocated, and organized for the right to cast a vote finally saw their efforts rewarded Aug. 26, 1920, when the 19th Amendment was certified and the right to vote was secured. In the decades that followed, that precious right has bolstered generations of women and empowered them to stand up, speak out, and steer the country they love in a more equal direction. Today, as we celebrate the anniversary of this hard-won achievement and pay tribute to the trailblazers and suffragists who moved us closer to a more just and prosperous future, we resolve to protect this constitutional right and pledge to continue fighting for equality for women and girls.”

Reflecting on Women Equality Day reminded me of the presence of Alice Paul (1885-1977), one of America’s greatest women leaders who spent a lifetime working for women’s equality. Sometimes the word “giant” is hyperbole, but in the case of Alice Paul, it is startlingly accurate. She was a suffragette, one of the authors of the Equal Rights Amendment and an inductee in the New Jersey Hall of Fame (she was a descendant of William Penn, and her grandfather co-founded Swarthmore College). And while she is an icon in the women’s rights movement, occasionally I fear that the public might sometimes be unfamiliar with her achievements.

She is our neighbor. Amazingly, she was born and spent her childhood in our backyard, Mt. Laurel, where her residence “Paulsdale” (a national historic landmark) is now home to the Alice Paul Institute. The institute promotes “leadership development programs that use the rich history and potential of women leaders to inspire young people to make a difference in their schools and communities.” It’s worth a visit to both remind us of whom we should honor and that while we have made tremendous strides on the equality issue, the struggle isn’t over. We should never forget the Alice Pauls of the world and their contributions to equality, not just for women but for everyone.

Finally, there is our personal link to Women’s Equality Day. It’s a connection that touches us every day as we honor the women around us who also deserve our tribute and respect. It also reminds us of the work left to do. So, we should continue to band together, both women and men, in this continued fight for equality. This isn’t an issue based on gender, it’s a social and economic imperative that affects us all. That’s my take, what’s yours?