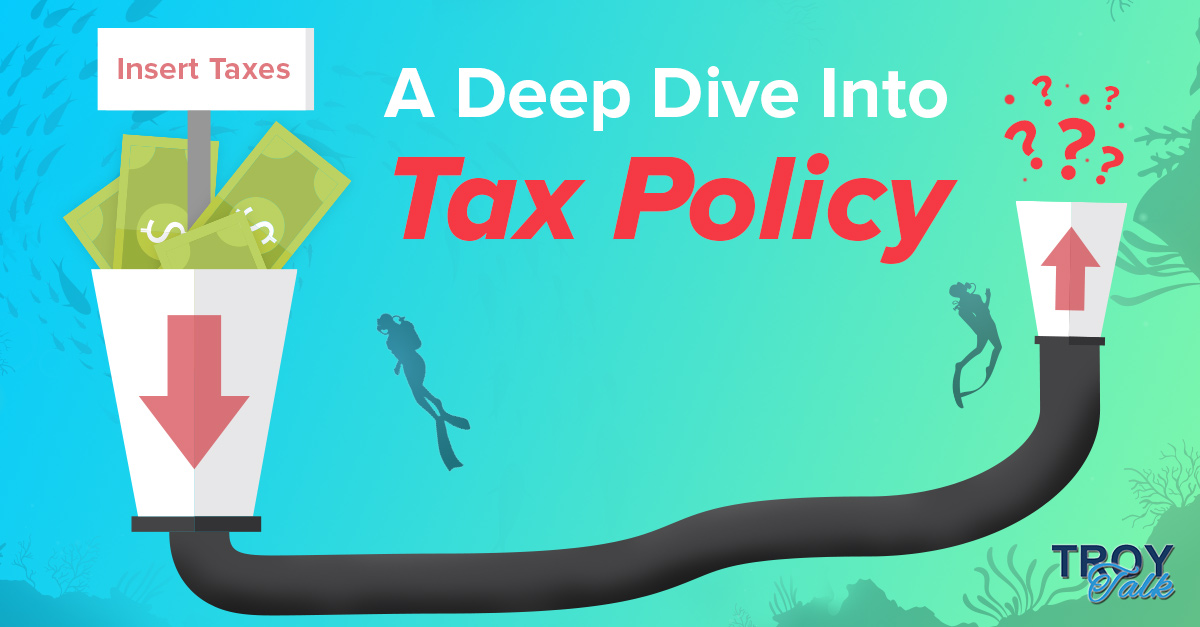 Taxes present an obstacle for legislators. It is one of the most common subjects that arises in a campaign and remains on one’s agenda long after the election is over. I suspect that one of the reasons that it evokes such emotion is that it affects most people. You work, play by the rules and then see that portion of your money gone from your paycheck. It can make you wince, and even if you don’t pay taxes, you feel its impact on everything from services to infrastructure.

Taxpayers have a right to question every legislator about their position on taxes, because it is their money that we make decisions about.

The idea of utilizing our tax code to stimulate economic growth while also looking at ways to return money back to taxpayers, and ensuring that our tax policy is flexible enough to guard against abuse are the standards upon which my thoughts on tax policy are based. Some have suggested that my approach has a very high bar to achieve. I agree. However, failure to provide for a meaningful tax structure that levels the playing field and combats income inequality is not acceptable.

Over the course of my brief tenure as an elected official, I have noticed that too often, debates about tax policy often revolve around ideological political dogma. The problem is that simply following ideological tenets makes it almost impossible to isolate and fully understand the impact of those tenets on the growth of our economy. For instance, most conservative theories on the subject tend to criticize the Keynesian belief upon which most Democrats have based their policies. Conservatives often look at these policies as indiscriminate and wasteful spending that does not permanently grow the economy. Further, they believe these policies are just temporary fixes without addressing what they believe is the underlying mechanics of a robust economy.

In contrast, liberals believe that Republican policies, steeped in the “trickle-down” economic theory, are designed to solely funnel more wealth to the already well-heeled. Liberals tend to believe that this approach simultaneously the working class, upon whose backs the rich achieve their affluence. Both sides can line up experts to support their beliefs, but as I noted previously, tax policy is very complicated. It is a key part of the fabric that makes up our government, so the benefits of one approach over another can take years to materialize and make it hard to adequately answer if one is superior to the other for spurring economic growth.

I have reacted to this dilemma by searching for fairness and effective tax policies that can blend both theories into a comprehensive agenda designed to stimulate a more inclusive prosperity.

A term that I have employed previously, demonstrative evidence, is the litmus for myself and should be frankly for any elected official. I feel comfortable asking my constituents to examine the policies and legislation that I have introduced or supported.

The list below provides some of the more significant initiatives that I have sponsored on this topic, and are at the very heart of my economic approach on behalf of my 225,000+ 7th District bosses and all New Jerseyans. You can easily review the initiatives I have undertaken by visiting my legislative page and clicking on the tabs presented.

This property tax program is a loyalty program that keeps consumer dollars in the communities. The initiative is an economic development approach to encouraging people to live in and support the businesses in their community. As a shopper engaged in the loyalty program, you would begin to earn rebates of dollars on your property tax bill. It is similar to earning credits for mileage on an airline credit card. This bill wouldn’t provide you with points toward flights, but you would see some of your property tax liability shaved off your next bill when you shop locally.

I’m not sure we can expect anyone to love paying taxes. I am sure that as loyal citizens, we’re willing to pay our share of taxes provided that our approach is fair to all, clearly presented and transparent. That is what guides me in this area. Again, I encourage you to visit my legislative page to learn more.