A National Drug Policy Focused On The Future, Not The Past 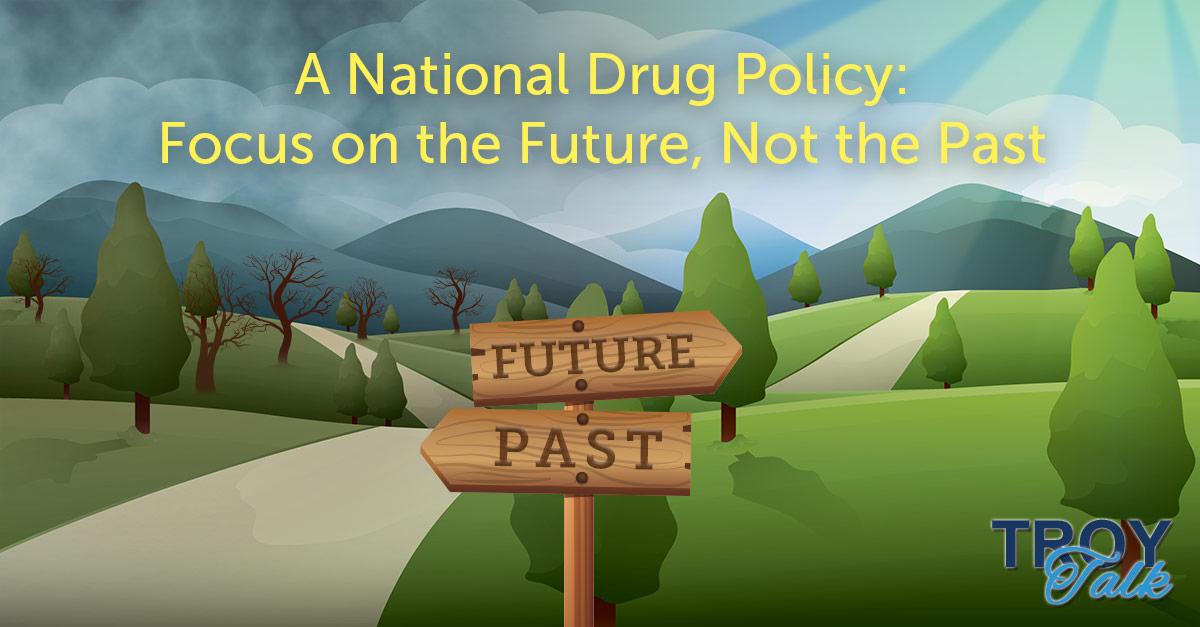 When does a national policy finally reach the point where it is an acknowledged failure, regardless of how well-intentioned it was when we first promulgated it? When does it become necessary to raise the obvious yet fundamental assertion that our efforts to contain and curtail illegal drug use as a major policy approach have been a dismally unsuccessful?

In the medical field, if you test a drug as a possible cure and the results demonstrate its ineffectiveness, a scientist would move on, seeking another solution. We had waged war against drugs for 50 years when the United States glommed onto the United Nations Single Convention on Narcotic Drugs in 1961. Ten years later, President Nixon followed with the “war on drugs.”

The policies enacted, regardless of good intentions and high-mindedness, have been met with failure, and those efforts resulted in the unintended consequences that border on a social and cultural disaster.

Our country's misguided war on drugs has been proven to not to make our nation safer or less affected by the impact of drugs on our communities. It is long past time for our country to abandon this failed approach and move in a different direction. These laws that seek to mete out punishment for the production, possession and use of drugs have instead inflamed violence, community instability and a health crisis throughout our nation in urban, suburban and rural areas.

In order to create a more genuine and sustainable progress, we need to remodel federal and state drug laws completely. Both the federal and state governments should consider removing the overly harsh mandatory minimums for drug crimes and look at re-evaluating its standard as a crime. For example, should a minimum possession of marijuana even be on the list of offenses that are associated with jail time as it is currently in some jurisdictions in our country? Additionally, we should look to an evidence-based process of reviewing public health and scientific data, in an effort to determine whether or not marijuana should still be classified as a dangerous drug at all.

Let’s not delude ourselves. We have already administered overwhelming damage to those who have a criminal record for nothing more than possession of a small amount of marijuana. And what degree of shame and angst should we share, in hindsight, for imprisoning people for marijuana possession when today it is legal in eight states and the District of Columbia? Further, criminal justice study after study demonstrates that incarceration rates fall most heavily on people of color and lower income individuals thus placing a barrier to their ability to succeed after they "pay their price to society."

I’m not suggesting that we suddenly get soft on crime or criminals, especially those who commit violent acts or are habitual offenders. But surely, the human cost, the human capital and the economic drain on our country cry for a different approach. And, that approach calls for us to begin to employ a new skill not always found in the halls of government: empathy.

We must recognize that the failed approach of a generation towards addressing this problem, has done nothing more than exacerbate socioeconomic inequality in certain communities. Perhaps we would be wiser to employ a criminal justice reform strategy embraced by individuals as different as the Koch Brothers and former President Obama that seeks to diffuse the "over-criminalization of America"

President Trump's administration has begun to vocalize their intention to return to old way of tackling this problem. The addition of Steve Cook as a senior official on Attorney General Jeff Session’s task force on crime reduction and public safety is a disturbing signal of this approach. Cook is a dyed-in-the-wool, “lock ‘em up and throw away the key” prosecutor when dealing with sentencing reform and crime. His choice by the attorney general raises concern because it suggests the direction that Sessions will take.

"If there was a flickering candle of hope that remained for sentencing reform, Cook’s appointment was a fire hose,” said Kevin Ring, president, Families Against Mandatory Minimums. “There simply aren’t enough backhoes to build all the prisons it would take to realize Steve Cook’s vision of America.”

We live in a great country. America is still the envy of many because it serves as a perpetual lure to those who suspect there is a better world here, from the vantage point of over there. Yet I find it difficult to accept that this beacon of democracy, the United States of America, should hold the dubious, almost insulting position that we lead the world in the number of people incarcerated with 2,125,100 inmates, according to the Institute for Criminal Policy Research. (Bringing up second place is China, a communist country, with 1,649,804 inmates and a population of more than 1 billion.)

Sara Horwitz, writing for The Washington Post, captured the spirit of this administration by quoting Attorney General Sessions at a Richmond speech: "Psychologically, politically, morally, we need to say — as Nancy Reagan said — ‘Just say no.’”

We did say no in many ways, and it didn’t work. Now we have to say “yes” to a new direction and policies that recognize the realities of our current circumstances with programs and a vision that are fair to all.