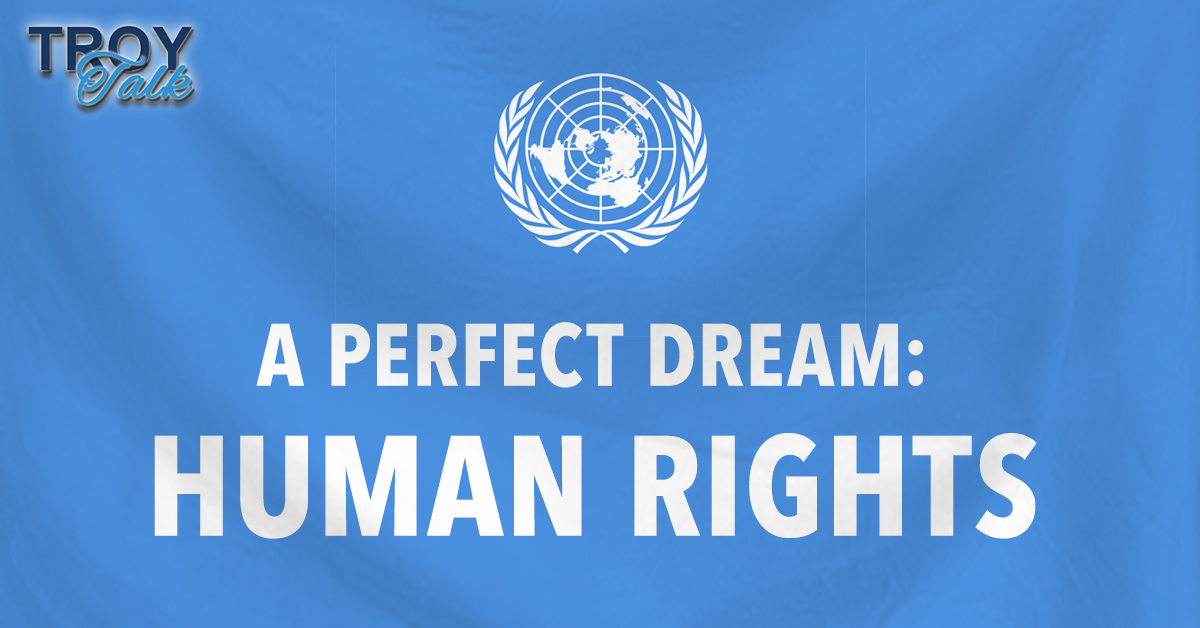 December 10 marks the annual celebration to commemorate International Human Rights Day, and its significance and importance should be apparent. Unfortunately, we still need to celebrate it as a reminder of what we have not yet achieved, even though many of us consider it a desired norm.

To better appreciate the reason for pausing to acknowledge this important occasion, a touch of context helps. After World War II, the victorious Allied Powers enunciated four fundamental tenets that emerged as the basic pillars of a just society. Those four tenets included were: freedom of speech, freedom of religion, freedom from fear and freedom from want. In 1948, the United Nations General Assembly codified these rights in 30 articles that broadened the definition and extended it to the rights of education, freedom, health and other issues. (We should note that codifying these rights was one of the first accomplishments of the United Nations, which formed in 1945.)

The usual advice or suggestions about the topic of human rights are to do something about raising awareness and participating in an activity that promotes this worthwhile philosophical approach to interactions with all our fellow humans. You can do this on your own or join an established organization, such Amnesty International, which serves as a watchdog for individuals and countries by adding an extra layer of protection from those who continue to flout these basic human rights.

I have a slightly different suggestion.

The starting point is to begin with yourself. Find someone who is or has been a victim of human rights abuse. We know, for example, that many such victims are singled out because they are a minority, that is, there is something “different” about them. The difference might rest on the color of their skin, religious belief or sexual orientation. Make yourself a little uncomfortable as you venture out of your comfort zone to discover what life is like for someone who is just “different” enough to need some reassurance.

The term itself, human rights, is so broad that it is almost an intimidating expression. Just hearing or viewing media stories about human rights abuses can be disheartening, if not downright depressing. “What can I do,” is probably a typical reaction. Don’t give in to despair. Just as each vote truly counts in an election, so does your participation and commitment in supporting human rights for all.

When asked how he views human rights, international criminal defense attorney, Michael G. Karnavas, an American who lives and practices before the International Tribunal at The Hague, put it this way: “Human rights. Flip the order and there is your answer: the rights of humans. In many countries, such as in the U.S., we refer to them as civil rights. These are basic and essential rights all humans are entitled to enjoy the world over. The document that best represents those rights is the Universal Declaration of Human Rights (http://bit.ly/18mukKq) which was originally adopted by the United Nations on December 10, 1948. The rights found in this and similar documents are foundational tenets that we all want for ourselves and are usually found in most constitutions.

“[Country of] Bhutan goes even further by mandating Gross National Happiness, effectively recognizing the right to being happy as a fundamental human right.”

You can begin by reading the Universal Declaration of Human Rights, which has a beautiful preamble: “Whereas recognition of the inherent dignity and of the equal and inalienable rights of all members of the human family is the foundation of freedom, justice and peace in the world.” The rest of the declaration is inspirational because it offers what our world should look like. And by reading the declaration, you’ve just taken the first step in promoting human rights. That’s my take, what’s yours?