On Tuesday, we celebrated Veterans Day, an event mostly associated with media clips of (generally) older ex-warriors, dressed in uniform as they stand at attention saluting our flag. 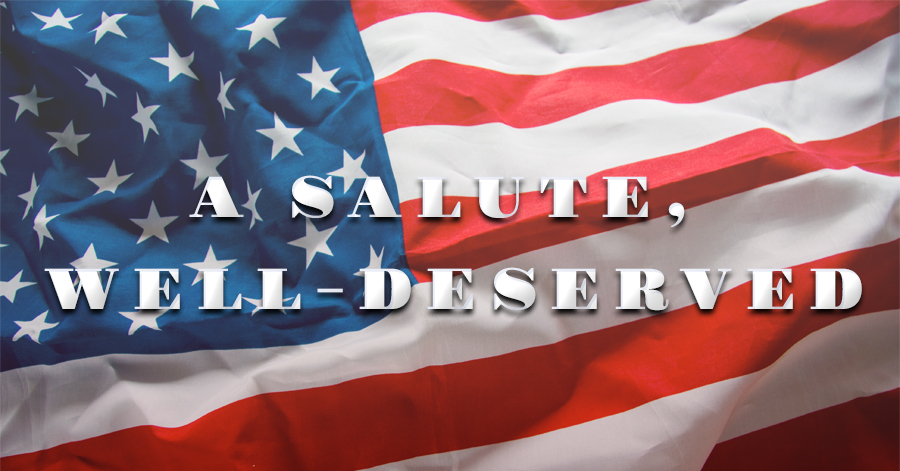 Then, the next day (or two days, that coincide with the delivery of this email), after a bit of pomp and circumstance, those same former warriors awaken and face a “normal” day for the next 364 day. But for some, the routine isn’t normal.  Often, soldiers face very distinct issues when they return to civilian life. Issues ranging from heightened unemployment as compared to non-veterans, health-care challenges, homelessness, psychological scars and a whole host of other problems they must confront.

Few can image what it is like to serve in the military and even fewer can comprehend what it is like serving in a combat zone. To put it in perspective less than 1% of our nation's population serve in the military. Many of these soldiers have faced an “I might lose my life” form of action that is a far cry from action movies or a combat novel.  What we can understand is that because the sacrifice they have made, we owe them something special, because of what they did was exceptionally “special.”

My grandfather, who served in World War II, passed down a saying that I think elegantly captures the essence of their sacrifice: "Some gave all, but all gave something." Now it is time to repay them. Not with a handout but with a helping hand if they need it. If we focus on just one aspect of these troublesome issues — unemployment — we can make a significant, meaningful difference.

“Every issue I deal with — whether it be homelessness, lack of adequate  health care, any kind of financial crisis — they are solved with a job. At the end of the day, every problem that exists in a veterans’ world is actually solved with a job.”

Fanous co-founded the nonprofit in 2006 to help friends adjust to civilian life.  They are planning to launch www.yourjobpath.org on Veterans Day, which has a database of veterans looking for work. According to one news report, the site already contains more than 10,000 profiles.

In the construction industry, we have the Helmets to Hardhats Program. It is a national, nonprofit program “that connects National Guard, Reserve, retired and transitioning active-duty military service members with skilled training and quality career opportunities in the construction industry.”  If you would like to enter the building trades for example, this is an excellent starting point. You can turn to www.helmetstohardhats.org. I was proud to have been the author of the proposal codifying this program into law through the New Jersey Turnpike Authority.

As a legislator, we also offer a starting point for the over 300,000 New Jersey veterans seeking work or help to deal with other issues, which is the website of the state of New Jersey’s office of Military and Veterans Affairs, http://www.state.nj.us/military. This searchable site can help steer you in the right direction.

What is sometimes missing in the message of those who want to help veterans find a job is the pragmatic lesson that it’s a great for business. It is simply a wise business move. Really?

Here’s what Howard Schultz, CEO of Starbucks and author of For Love of Country: What Our Veterans Can Teach Us About Citizenship, Heroism, and Sacrifice, wrote in a recent Parade Magazine article:

“Serving in the military qualifies one to be more than a security guard. Veterans come with a can-do spirit. Many possess leadership and decision-making experience that exceed that of civilians two decades their senior. They know how to follow orders but also how to exercise initiative. Hiring veterans isn’t charity — it’s good business.”

If you are in a position to hire a veteran who has the skills, give him or her a second look. If you know of a job opportunity and also know a vet, make sure that you let them know about the opening. You don't have to have worn the uniform to stand up for our nation. If you do something to help a veteran improve their life after the ceremonies of Veteran’s Day have passed, you can take comfort in knowing that you have played your part. And, that's something to salute! That's my take. What's yours?