August is National Water Quality Month: An Opportunity for Improvement 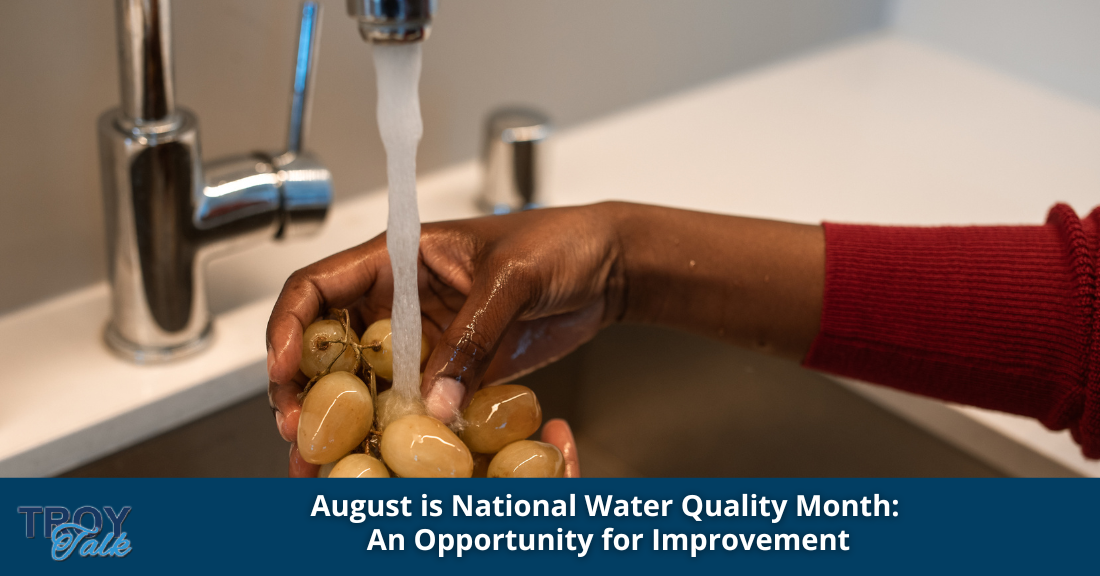 In August, the perfect time to celebrate National Water Quality Month, we enjoy the benefit and privilege of our waterways, and heeding the perennial warnings of remaining hydrated during our recent hot spells by drinking plenty of water. Yet, unsurprisingly, many take drinking water for granted even though we all understand that safe drinking water is a must for us to live.

However, we shouldn’t presume that our access to safe drinking water will go on forever. For example, New Jersey’s water system is ancient and rupturing (some of it goes back to the Civil War). Also, because some of our water flows through lead pipes, the consequences are potentially dangerous and could threaten the lives and health of all New Jerseyans.

Think of the mother unable to mix formula for her children because of tainted tap water. With seemingly increased weather unpredictability, how do businesses cope with flooding because of inadequate or outdated stormwater systems? And can we allow our children to wade through sewage overflowing into the streets as they walk to school?

This is why we must act now for our current needs and the generations following us. I have been at the forefront of safe water for years, and because of my commitment to this need, I led the fight for a law that would identify and replace all lead pipes in New Jersey within 10 years. In a time when disagreement in politics seems to replace collegiality, the State Senate and Assembly passed my bill unanimously, and Gov. Phil Murphy signed it into law. This was that rare moment in the legislative process when there was a meeting of the minds: Everyone agreed that we need safe drinking water to live, and access to it is a fundamental right.

Officials are parceling out funding for the American Rescue Plan, and it might surprise some that safe water is part of that ambitious and much-needed effort. The infrastructure bill will help provide the funding to repair and replace our aging New Jersey water infrastructure, which includes lead pipes that bring water to our homes and businesses and our stormwater and sewer systems.

There is, of course, a cost for this effort, but it’s one that we cannot avoid. New Jersey faces a $6 billion clean water funding gap over the next five years.

The American Rescue Plan has allocated $300 million for clean water infrastructure, which is a significant step in the right direction.

If there is any silver lining in this effort, it will become a job creator for New Jersyans whose work links to our water infrastructure. Experts estimate that work created by this effort will generate more than 13,000 jobs statewide and add $2.9 billion in economic benefits. This significantly boosts the New Jersey economy, which helps all taxpayers.

We’ve all heard the cliché that “timing is everything.” In this instance, it has validity, and fortunately, the American Rescue Plan has gifted us with a timing issue. The time to move is now, not just for us but for our children and grandchildren.

I have described this moment, accessing the American Rescue Plan, as a once-in-a-lifetime opportunity. I believe that is accurate. I have been in the legislative process long enough to appreciate that when the opportunity occurs, you must avail yourself of it before the moment passes.

If we commit ourselves to improving, indeed, rebuilding our water infrastructure, it will be a bonanza for New Jersyans, for our businesses and our economy.