Black History Month: The Color of Everyone 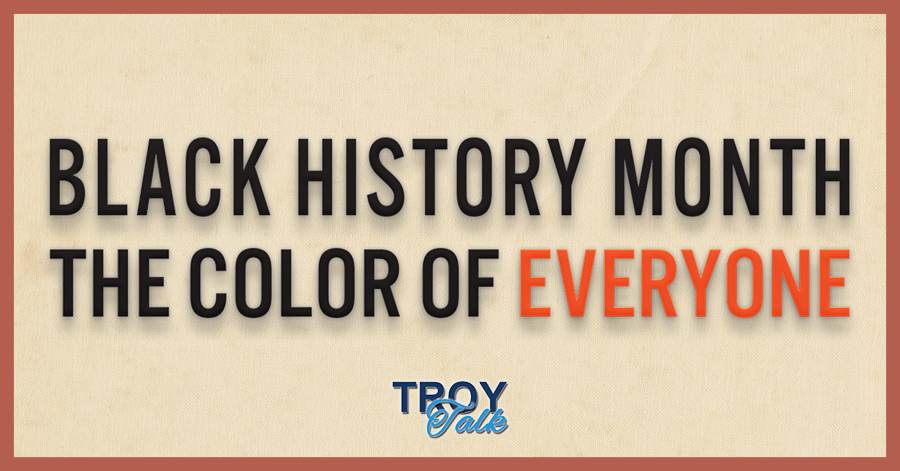 This month is Black History Month. Throughout this period, we will be exposed to the dreams, struggles and achievements of African Americans, often highlighted by their quest for truth and justice. (We should note that Canada and the United Kingdom also have a Black History Month.) However, Black History Month is much more than a historical reflection for African Americans. It is a reminder that it is history for all of us. While I’m certainly proud of the individual achievements of my ancestors, as a legislator who represents people of every color, creed and ethnicity, this month points to an even greater reason to celebrate.

However, Black History Month is much more than a historical reflection for African Americans. It is a reminder that it is history for all of us. While I’m certainly proud of the individual achievements of my ancestors, as a legislator who represents people of every color, creed and ethnicity, this month points to an even greater reason to celebrate.

Black History Month demonstrates the strength of our union and is an annual symbol that allows us to celebrate our diversity. This month is not only an observance of African American culture and contributions to our country but a reminder that epitomizes our nation's motto, "E Pluribus Unum. ...Out of Many One."

I am unabashed about claiming Black History Month as a rallying point for unity and practicing respect for our differences. So many things in our society are designed to keep us segregated by thoughts and actions. While not as overt as it once was, the effect is still the same. Until we can truly embrace the sentiment that we are stronger together than we are apart, we are destined to never fully live up to our country's great potential.

I suspect that part of this segregation, whether in practice, in one's mind or in our hearts, is nothing more than fear. Fear of the unknown, fear of something or someone that is different, and fear of losing our own identity. These fears are unfounded.There is room for everyone in the United States to express their own identity while still committing themselves to the common good.

However, it is not enough for us to simply read and recite the brave deeds of our heroic figures of color from yesteryear during this month. It is incumbent upon us to build upon the foundation our leaders established and to aspire to raising our communities to greater heights. In my opinion, the legacy of Martin Luther King, Malcolm X, Booker T. Washington, George Washington Carver, Harriet Tubman, Frederick Douglass, Fannie Lou Hamer, Shirley Chisholm, Thurgood Marshall, Colin Powell, Medgar Evers and countless others is to make sure their sacrifices were not in vain.

As always in my blogs, which I’m sure that you’ve noticed by now, raising a point of discussion is important to allow an idea to percolate. But, I also believe in action. Hearing, reading about or watching a parade on television can have an impact. But participating in a parade or watching it live from the sidelines has an impact that nothing else approaches because being there in person changes the dynamics: You are part of it. Why not take that modest step and learn something more about one African American leader this month?

I mentioned this blog to a friend of mine who is not African American. I went through the list of African American heroes by last name, and he knew the first names of everyone except Fannie Lou Hamer. He just didn’t know anything about her. What he did was to learn something about her background and exploits as a valiant civil rights advocate. He later told me that he loved the quote that is on her tombstone: “I’m sick and tired of being sick and tired.” He did not know this until he took that modest measure of effort.