Black History Month: When Every Color is Beautiful 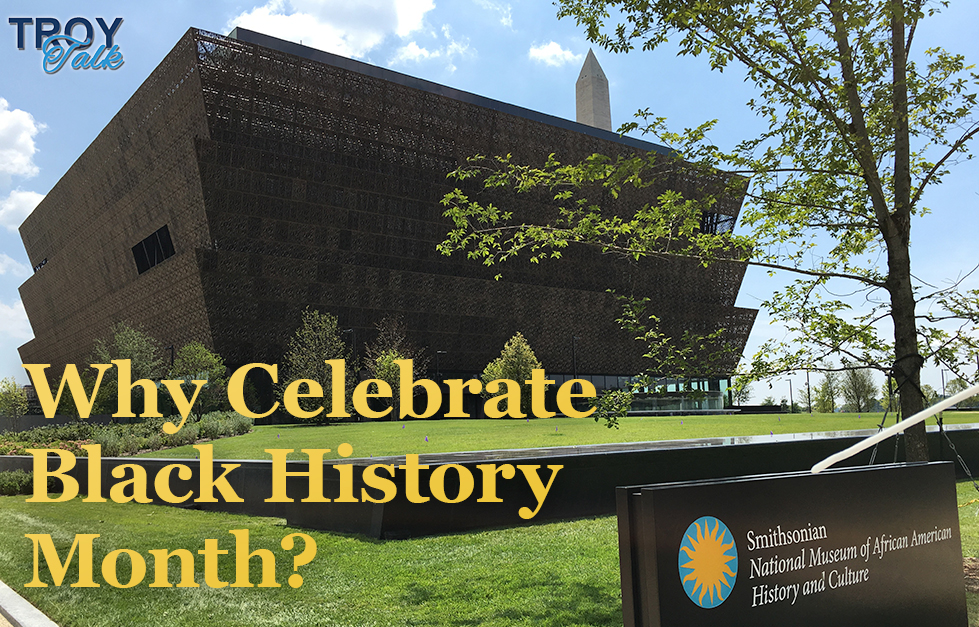 Yesterday, Feb. 1, we began Black History Month, a period that serves as a full-month reminder about the accomplishments of African Americans in our country.

Why do we celebrate Black History Month? Jemar Tisby, a Notre Dame graduate and a Ph.D. student in history at the University of Mississippi, offers five reasons.

To summarize, he notes that:

His conclusions are thoughtful, fair, reasonable and practical.

Referring to his fourth reason, he further notes that “When we observe Black History Month, we give citizens of all races the opportunity to learn about a past and a people of which they may have little awareness.”

I believe that Mr. Tisby’s assessment is accurate. I would also suggest, however, that focusing on Black History Month allows an even broader vision of our country made greater and more meaningful because of its different ethnicities and cultures.

Given the nature of the recent rhetoric coming out of our nation’s capital regarding immigrants, I think we can gain a wider appreciation and celebration of all residents in the United States, during this important month. We should also be reminded of this simple truth:

We should never forget that at some point everyone was an immigrant, willingly or unwillingly, to the United States, except for Native Americans.

As I write this, we are at a particularly tumultuous time, as President Trump signed an executive order restricting immigration from specific countries. Some may argue that this was a safety measure designed to ensure that the acts of terrorism that we have seen occur in Europe and other parts of the world are not replicated on the American homeland, and not a specific religious ban. This rationale seems counter to the published reports articulated by one of the architects of the order and an informal advisor to the President, Rudy Guliani, who said last week on Fox News that the President was looking to “legally enact a Muslim ban”. In response, various social service organization almost immediately challenged the executive order, citing constitutional concerns and have prevailed in several different jurisdictions to stay the order.

What I know is this: immigrants have contributed enormously to the greatness of America. They have come in waves and small groups. And yes, some Americans may feel threatened by these “new” immigrants. I would offer a gentle reminder that those differences soften over time, and immigrants, with their odd names and unusual sounding language, eventually have children and grandchildren. And in the end, they become just as American as you or I. Nor should we forget that in recent times we can point to immigrant Americans who have already made their indelible imprint on our shores.

By erecting barriers to people who want to fulfill their dreams for themselves and their families, as many have done before them, a policy of not allowing them to contribute to our society seems misguided at best.

Many use the popular phrase “a melting pot” to describe the makeup of what is the United States. We should keep in mind that while the temperature of that pot varies, we stir the mixture with a wide variety of ingredients, and somehow — remarkably it seems in hindsight — the outcome is a wonderful stew. We set aside the differences and celebrate our commonality of our country,  imperfect as it is sometimes, as the best example of a resilient democracy.

So this month, celebrate Black History Month, and in those moments of respect, admiration and appreciation, think even more broadly about all Americans who have joined us in the brotherhood and sisterhood of this great nation.

And if you need another gentle reminder during Black History Month of its link to our current immigration issue, remember these words from an immigrant from Lima, Peru, who recently became a U.S. citizen. She said: “I love being an American. I love the fast pace of this culture, the ability to do a million things at once and, most of all, the sense that there are infinite possibilities out there—all you have to do is grab hold of the one you want.”

And that my friends, is what makes this country so irresistible. That’s my take, what’s yours.