Burlington County: The Cradle Of Emancipation 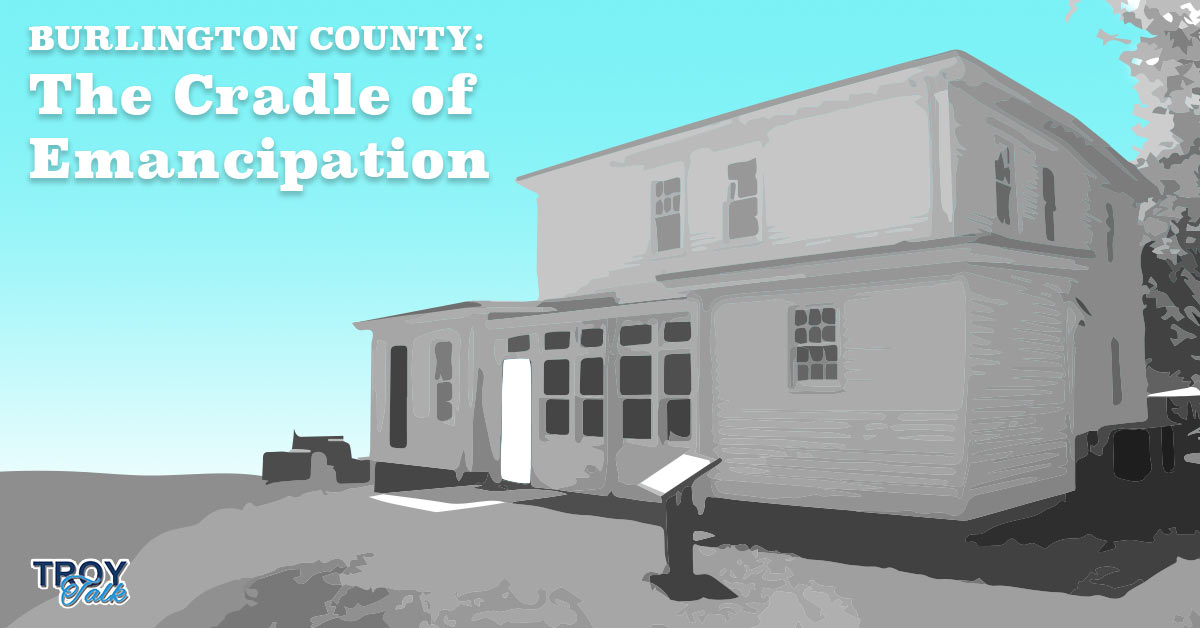 There is always something special when you have a celebratory month — Black History Month, as an example — and it has a direct connection to where you live, what you do, or someone that you knew. And to me, that special connection is Burlington County, which some have referred to as the cradle of emancipation. It earned this reputation, in part, because it offers more historical connections to Black History Month than any other New Jersey county, with 16 sites in nine municipalities, many that focus on the Underground Railroad that had such prominence in Burlington County before the Civil War.

I’d like to offer two local examples that are fascinating because of the contributions they made to African American history.

If you even have a smidgen of knowledge about the Civil War, you are familiar with the Underground Railroad. It was a route (though referred to as a “train”) that had stops consisting of homes and dwellings that shielded African Americans — usually slaves escaping from the South to freedom — in their flight to free northern states and Canada. Burlington County can boast the Underground Railroad Museum, now located in the historic Smithville Park. One can visit the museum, which I highly recommend, or you can download a brochure that provides a comprehensive overview of the Underground Railroad and much more, dealing with the presence and successes of African Americans in our backyard. This superb brochure and video is available at http://www.co.burlington.nj.us/1415/Underground-Railroad-Museum.

It captures the drama, the courage, the desire and the despair of our ancestors. And I would argue, visiting these sites provides an inside view of another characteristic they all shared: a sense of dignity that transcended their station in society.

While history’s brushstrokes are fascinating, I never forget it is the individual that we often think about to grasp the human side of history.

Oliver Cromwell was such a person. He was born a freeman in 1752 and served in the Continental Army with distinction, participating in the battles of Trenton, Princeton, Brandywine, Monmouth and Yorktown. General George Washington signed his discharge paper, after serving for seven years. He would eventually live at 114 E. Union Street in Burlington, NJ, and attend the Broad Street Methodist Church. He lived to be 100 and was buried in the church’s cemetery.

In 1984, the Oliver Cromwell Black History Society Inc. was founded “to collect, preserve and exhibit records, artifacts, and other documents that advance the public understanding of African American history month.” Cromwell was a man of courage and distinction and this month we honor this patriot who contributed to our country when it too was the cradle of a new nation.

The Underground Railroad Museum, Oliver Cromwell and all the sites that relate to the African American are important. However, even with these contributions, it is only a small part of the canvas that represents the efforts of African Americans and, yes, some like-minded white brethren, who battled for emancipation and equality in a country that denied them basic human rights. Black History Month provides some measure of well-earned gratitude and remembrance that some individuals and communities – such as Burlington County – did more than their

One might ask, why is this important? After all, it’s only “history.”
Knowing, learning and appreciating your history is a testament to your sense of identity. Studying and learning about your history is also the mark of a fertile and inquisitive mind. It helps you to become a better person and a more informed citizen.

Finally, Black History Month should imbue us with a moral imperative: that whatever gains we have today and those in the future are the result of those who struggled in the past under unimaginable odds. It is our moral imperative that we never forget.