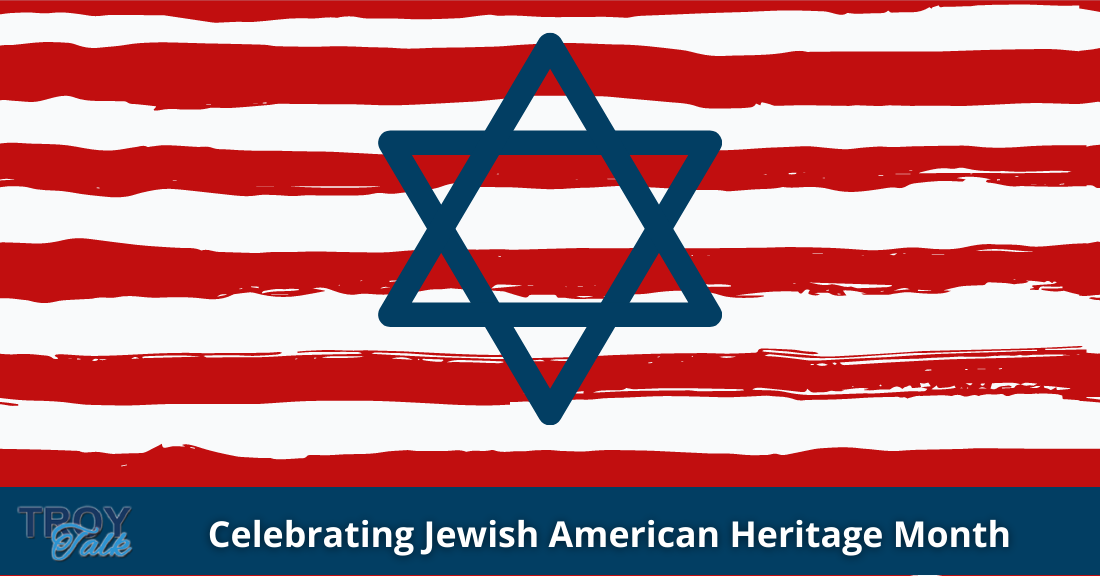 Their presence is fitting because our state has always been a refuge for Jews and those of other faiths. New Jersey granted religious tolerance in 1665 and in 1844, it abolished religion as a qualification for voting and holding public office.

While we benefit from their contribution throughout our society, we must acknowledge, with a touch of regional pride, that Jewish Americans in New Jersey have made their distinct impact on our state. Indeed, we recognize many of their names.

Nobel Prize Winner Albert Einstein, one of the greatest scientists, who fled the Nazi regime and became affiliated with the Institute for Advanced Studies, located at 1 Albert Einstein, Princeton, NJ.

Best-selling author Judy Blume, who has sold more than 90 million books that have been translated into 32 languages.

On a lighter note, despite a frequent belief, Bruce Springsteen is not Jewish, though apparently his drummer is.

But it is difficult to praise the contribution of Jewish Americans without raising the dark cloud that unfairly hovers over them. That is the continued plague of antisemitism.

For example, antisemitic incidents tracked in the 2021 Audit of Antisemitic Incidents reached an all-time high of 2,717 in the United States last year – an average of more than seven incidents per day and a 34% increase year over year, including assaults, harassment and vandalism, according to the Anti-Defamation League.

New Jersey ranked No. 2 on this list (following New York), which should increase our call for continued vigilance on our part and an effort to halt and hold accountable any perpetrators.

It is against this growing demonstration of hate and intolerance that I have sponsored Senate Resolution SCR42 , which condemns all forms of antisemitism and rejects attempts to justify anti-Jewish hatred.

We need this resolution because it strikes at the very core of our democratic beliefs.

As I reread the resolution, I believe one of these essential precepts applies to not only Jewish Americans in New Jersey but to Americans everywhere: All of us have a stake in fighting every form of bigotry and hatred against people based on religion, race, or place of birth and origin.

The spirit of this feeling may be best captured by a German Protestant Pastor, Martin Niemöller, with this brilliant observation: