Check The "Bag In The Back" This Summer 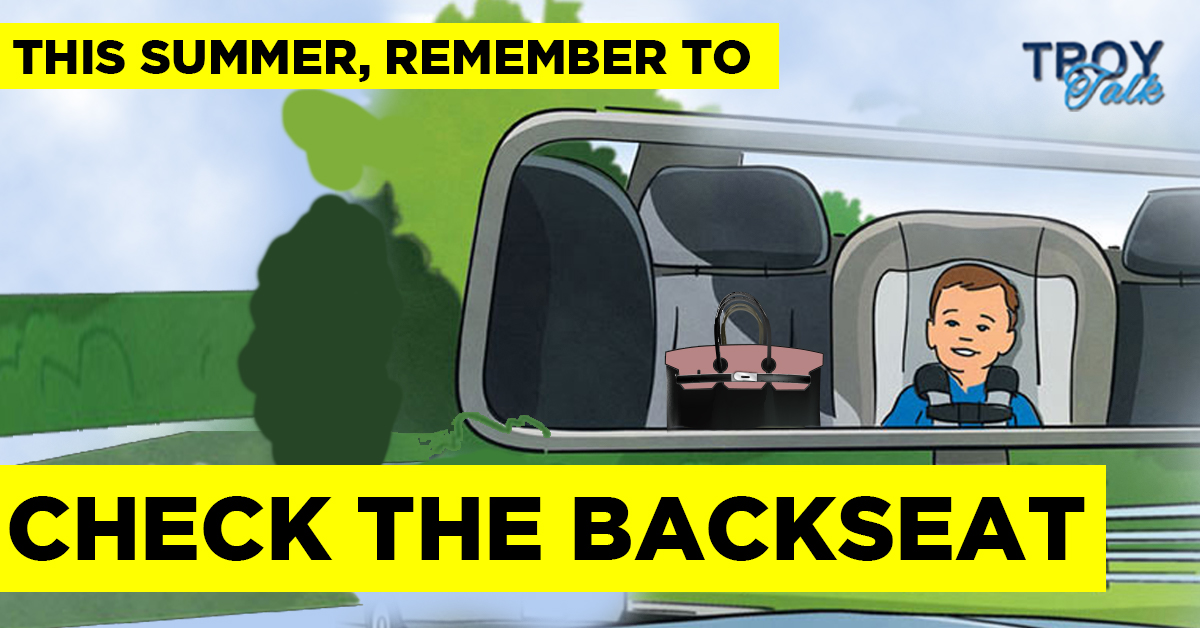 Summer “officially” begins in a few weeks. Let’s ensure that this is a summer of fun and fond memories, and if you have a child that rides in the back seat, take the extra precaution of never leaving them alone when you exit the car.

I mention this because a recent story in the Wall Street Journal alerted readers to the dangers of hot-car casualties. This occurs when a child is left or forgotten in an automobile, usually in the summer, and the inside temperature reaches dangerous levels. Children die or are seriously injured in these kinds of incidents.

The Journal article focused on a story in a suburb of Columbus, Ohio. Karen Osorio, the mother of 15-month-old daughter Sofia, through a series of miscues, left her child in the back seat of her car while she was at work for 9 1/2 hours.

The prosecutor’s office declined to bring charges, which raised some complaints after critics claimed that because she was a professional person, the standard applied to her was less rigorous. Ms. Osorio was a senior scientist at nearby Procter & Gamble (P&G), with a Ph.D. from Cornell. Authorities determined that she was not being purposely negligent. “Ohio law requires that she knew the child was in the vehicle. … There was absolutely no evidence that she realized that she left her child in the vehicle,” said David Fornshell, the Warren County prosecutor.

The reason for the accident is attributed to a change in Ms. Osorio’s routine. David Diamond, a neuroscientist who has studied extensively the issue of children left in cars, says that it happens because the brain creates a false memory. “The phenomenon is similar to accidentally driving to work on a day off, even though you intended to go to the grocery store,” said Diamond in the WSJ article. “That’s what’s so crucial, their brain is functioning normally, but somehow the [parent’s] brain has created a false memory that their intention, dropping off their child at day care, was completed.”

For Ms. Osorio and her husband, Henrique Aveiro (also a scientist at P&G), it resulted one of the worst imaginable nightmares that parents can suffer.

If one examines the statistics for deaths of young children in hot car deaths, there is an estimated less than 50 per year. But that they are preventable and often unintended, making it even more heart wrenching. And even one death is one too many. Sadly, in the past 20 years, 12 children have died in New Jersey due to a heatstroke from hot vehicles.

Both parents decided to turn their utter devastation into action with the goal of creating a warning program to reduce the number of hot-car deaths.

The parents worked with fellow workers at P&G to begin a campaign to help prevent others from making the same mistake. They started the Sofia Foundation for Children’s Safety, and with the support of P&G, the “Bag in the Back” slogan emerged. The idea behind the catchphrase is to place an item in the back seat so that you would have to reach for it before leaving the car, allowing you to see if anyone is buckled in. P&G demonstrated its support by using the slogan, “Bag in the Back” on gift bags that will reach an expected 400,000 families through the company’s network of hospitals.

If you have a child, PLEASE check the back seat before leaving the car, even if it’s only for one minute. As the weather turns hotter, this becomes even more important. Check your “Bag in the Back.”