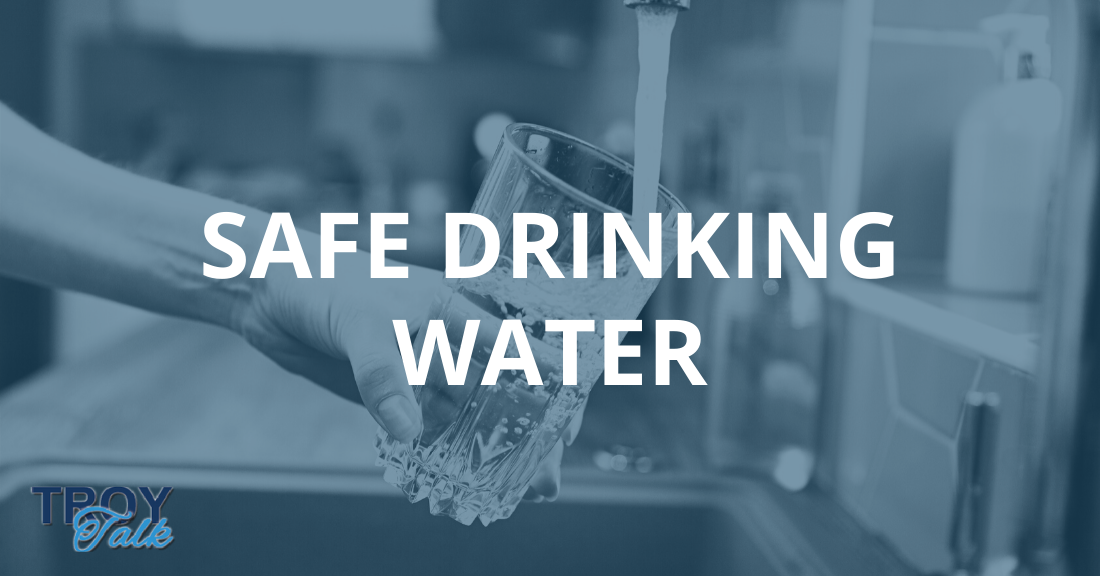 As we roll into August, it’s timely to both recall and appreciate how crucial safe water is to us, especially during these summer months. The heat has ensured that most of us will be drinking fluids to remain hydrated. And, of course, that means drinking plenty of clean, safe water. National Water Quality Month reminds us how precious that access is.

This celebratory month owes its origin to two water-related bills passed in the early 1970s: The Clean Water Act (1972) and the Safe Drinking Water Act (1974).
When people ask what has the federal government done for me, these two bills exemplify how our system works for everyone. Though focusing on two slightly different missions, the goal was the same: safe drinking water for everyone, everywhere.

That mission remains with me in New Jersey. The issue is that lead pipes that convey drinking water are a serious danger. According to the Centers for Disease Control, the “EPA has set the maximum contaminant level goal for lead in drinking water at zero because lead can be harmful to human health even at low exposure levels. Lead is a toxic metal that is persistent in the environment and can accumulate in the body over time.”

And it is lead pipes carrying water to people that remain a cause for concern. We need to remove them for the safety of all ultimately. I find it particularly troublesome that school children at an early developmental stage might be more at risk. I don’t want my children to drink water that has lead in it, nor do you. That’s why I’ve introduced legislation that protects children and adults alike.

I have a particular concern about safe drinking water because it lacks the urgency or the visuals of other issues. We assume, naturally, that “of course my water is safe. This is the United States of America.” But, unfortunately, the reality is different, which is precisely why I have rallied around this problem.

My legislation includes the following two bills, which were just signed into law by Governor Phil Murphy last week:

This is important because how do you determine if or where the problem exists? It is also economically prudent because, with an appropriate inventory, you can rationally and fiscally determine which lines need replacement and plan for the process in a responsible manner.

Senate Bill No. S-3459. This new law would amend public finance laws to remove existing restrictions on the ability of local governments and authorities to finance the cost of lead service line replacements. It would authorize municipalities and affiliated public water users to levy assessments and issue bonds for this planned replacement.

Life at its most basic demands that everyone has the essentials; food, water and shelter. My goal is that New Jerseyans have sufficient water that it is safe to drink for everyone, especially our children. We have created a convenient system for having water in every home and institution. Now let’s work together to ensure that it is safe water that we’re drinking.