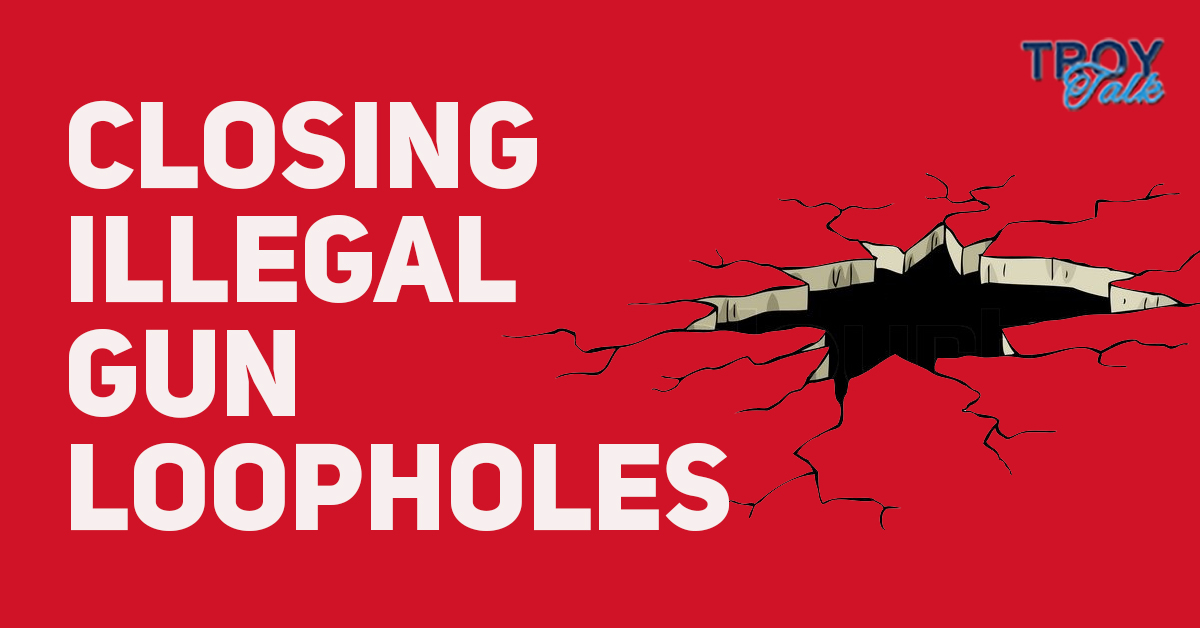 New Jersey has some of our nation’s strongest gun laws. Yet, too often, illegal firearms move far too easily into New Jersey from states with weaker gun laws and end up on our streets due to inconsistent state regulations. There is no federal anti-trafficking law that would provide some uniformity in this regard, so it has become easier for criminals to exploit weaknesses in the system and flood our communities with illegal guns.

Currently, New Jersey penalizes firearm retailers who transfer a firearm with knowledge that a purchaser intends to sell the firearm to a disqualified person, who is prohibited from receiving it. Our law also limits the ability of straw purchasers to transport firearms from out of state and penalizes the unlawful sale or transfer of a firearm.

These are reasonable and often effective laws. However, while New Jersey penalizes the unlawful transfer of firearms, there is not a separate statute that addresses private person-to-person sales when a seller or purchaser knows or has reason to know that a party to the transaction is prohibited from purchasing or possessing a firearm or ammunition.  The need for such a statute was recommended in a report issued in 2013 by the New Jersey SAFE Task Force on Gun Protection, Addiction, Mental Health and Families, and Education Safety.

As a result, I recently introduced two proposals that include person-to-person gun sales and toughen the penalties for firearm theft:

Theft of a firearm is a third-degree crime which is punishable by a fine of up to $15,000, a term of imprisonment of three to five years, or both.  New Jersey provides a presumption of non-imprisonment for most first-time offenders of third and fourth degree crimes.  Simply put, if you’re a first-time offender and you commit a third or fourth degree felony, in most cases you won’t face imprisonment. S-2809 would expand the list of crimes to which the presumption does not apply to include theft of a firearm. This bill would prevent any guilty party — if it is their first offense — of a third-degree felony from getting an automatic “pass” at avoiding jail if they stole a firearm.

Some critics have said that these proposals are redundant, duplicative, and unnecessary. I strongly disagree. As a policymaker and a member of the community, any action I can take that will remove ILLEGAL guns from our streets is worthwhile and warranted. I cannot stress how important this additional legislation is to the safety and well-being of our community. For example, during the first quarter of 2018, 77 percent of guns recovered from crimes came from out of state, according to the New Jersey State Police. While everyone deserves their day in court, in my eyes, those who terrorize our communities with illegal weapons should face stiffer penalties upon conviction.

Having seen firsthand the heinous actions born out of the proliferation of illegal guns on our streets, led me in 2013 to author New-Jersey’s anti-firearms-trafficking legislation. This law requires anyone convicted of trafficking to serve at least 85 percent of their sentence. That initiative, and my two current proposals, is aimed directly at those who criminalize their 2nd Amendment rights and cause unrest in our communities.

My two recent proposals would further enhance existing laws and ensure that our overall efforts are more effective and provide a stronger deterrent. Combined, they are a piece of the puzzle to transforming our state into a safer environment for everyone. That’s my take, what’s yours?