Continuing The Search For Equality 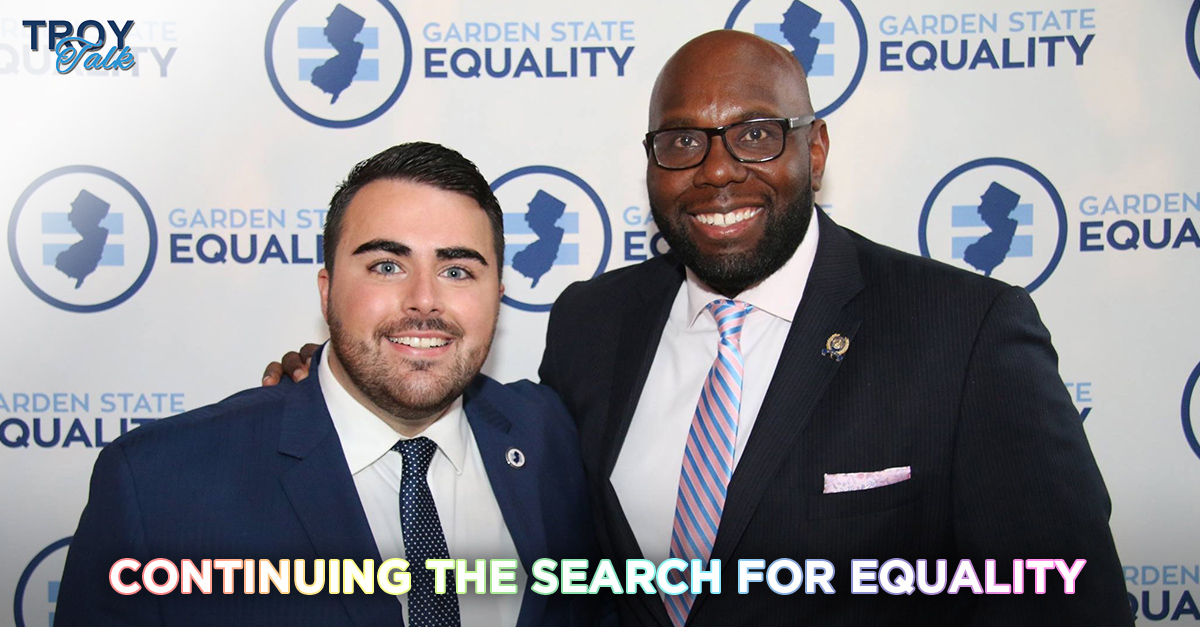 June is LGBTQ (Lesbian, Gay, Bisexual, Transgender, Queer) Pride Month. It is not an “official” holiday, but the cause for celebration is in what it represents: that equality matters and it's important for everyone to stand together to allow our neighbors to love whomever they choose.

This monthlong celebration of life, love, and liberty is about a community being outwardly visible and connected to their larger surroundings. It’s about spreading hope for a more inclusive world while also recognizing that in so many countries, physical violence and the criminalization of being one's natural self still exists. There is a sense of pride in being out and open. This month celebrates that openness of a life lived in the manner in which one chooses with no shame or regret. And, it celebrates everyone being able to love whomever they want, which is always cause for a celebration.

We seem to have made significant strides in the direction of accepting someone as one of us, regardless of their sexual orientation or whom they might choose to love. However, just when you think we’re past the stage of fear or ugliness foisted upon someone who is LBGTQ, an incident occurs that reminds us everyone is not well with the idea. This is still true among individuals in our country and even more true — with institutionalized prejudice — in many countries, including our own.

Like many bursts of “we’ve had enough” that have altered civil rights movements, the same occurred in the gay community that ultimately lead to LBGTQ Pride Month. On June 28, 1969 (almost 50 years ago), the police raided the Stonewall, a well-known gay bar in Greenwich Village. The “legal” reason for the raid was that the bar was serving drinks without a license. However, it is widely accepted by those at that time that the police would raid gay clubs simply to harass and intimidate their patrons.

As the police dragged drag queens into vans, something unusual occurred. The crowd began throwing bottles, and a riot ensued. The gay community fought back.

In its wake, gay, lesbian, and bisexual people began demonstrating for equal rights (and protection) under the law. Experts on the subject generally regard the Stonewall Riot as the opening salvo in the LBGTQ movement.

The Stonewall episode was the first step to where we are today: wider acceptance of all, regardless of sexual or gender preference. We are not quite where we intend to be, but much closer than the demonstrators would have believed possible in 1969.

We have been fortunate in this struggle that several presidents have taken the high road on the issue.

This June, recognizing the joys and sorrows that the gay and lesbian movement has witnessed and the work that remains to be done, we observe Gay and Lesbian Pride Month and celebrate the progress we have made in creating a society more inclusive and accepting of gays and lesbians.

On June 1, 2009, President Barack Obama issued Proclamation No. 8387 for Lesbian, Gay, Bisexual and Transgender Pride Month. In this proclamation, the President pointed to the contributions made by LGBTQ Americans both in promoting equal rights to all regardless of sexual orientation or gender identity and in broader initiatives such as the response to the global HIV pandemic. The President ended the proclamation by calling upon the people of the United States to "turn back discrimination and prejudice everywhere it exists."

Unfortunately, President Donald Trump has remained silent on this issue to date.

What have we learned from this? We are witnessing the ethnic landscape of America changing before our eyes. You simply have to look around, and you see it. The landscape has a different hue. While there is much more acceptance today of the LGBTQ community, prejudice still surrounds the issue. Those who would deny any members of our community equal rights and protection under the law are committing a grievous wrong.

I would suggest that if we open our hearts and minds in a belief of equality for all, we will reduce and one day eliminate the differences that sometimes separate us on this issue.