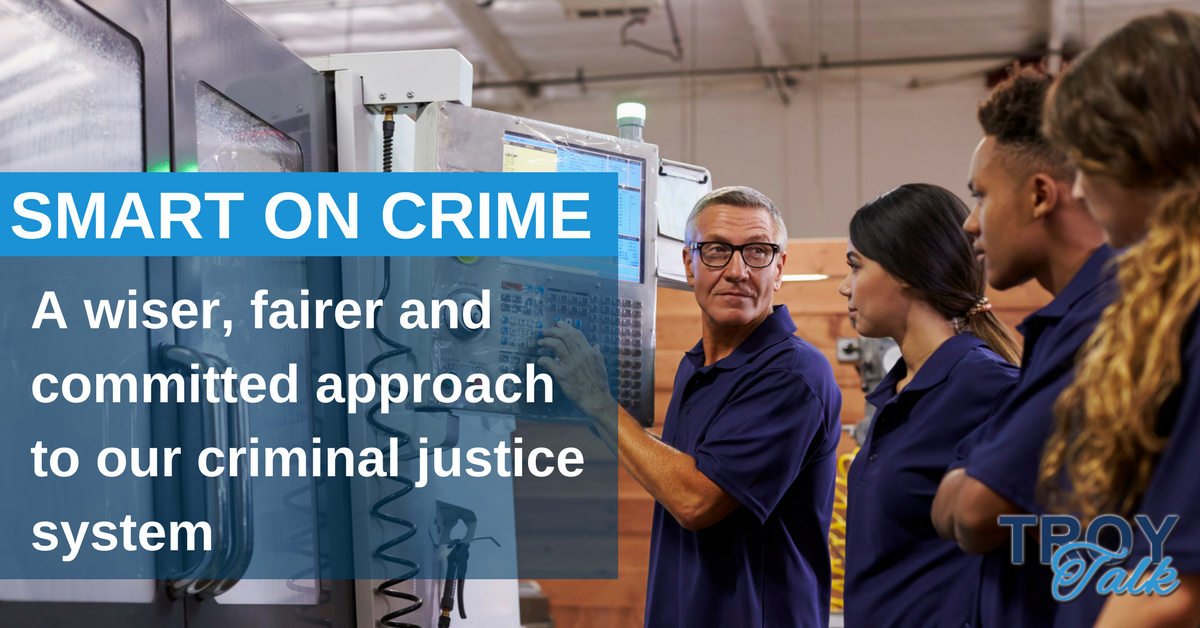 One of the great burdens of our society is the over-criminalization of the American people. I call it a burden because of the social, governmental and economic effects this over-criminalization has had on countless communities across the nation. This has led me to focusing on challenging the over-criminalization and incarceration of New Jersey residents by engaging in a deeper analysis of the statutory framework that has led to this issue and new tactics that can bend the curve on its proliferation.

This entails looking at ways to advocate for reform of our criminal justice system that oftentimes presents an excessive and unequal use of punishment that has not been a deterrent to future criminal behavior or made our communities safer.

One such tactic that research suggests could change the narrative is in expanding prison education programs, including apprenticeships and other vocational and academic programs. These programs have shown to be successful tools in the effort to reduce recidivism rates and improve inmates’ employment outcomes post-release. A 2013 study found that incarcerated individuals who participated in prison education programs were 43 percent less likely to return to prison than those who did not participate. Additionally, those who participated in vocational training programs were almost 30 percent more likely to find employment after release than those who did not receive training. However, while it is easier to galvanize support for building more prisons or creating harsher sentences, these programs are oftentimes underfunded and sporadic in application throughout the criminal justice system.

It’s true, that no matter the social issue, the economics of any program raises its head. If the issue of prison reform fails to stir your social consciousness, possibly the cost to our society — a pocketbook issue — might serve as an attention-getter.

Last year, the Allied Social Science Association (ASSA), met, the largest gathering of economists in the world. While they discussed the usual economic topics, an attendee described as “remarkable” that this body examined the issue of mass incarceration. Ponder this: “Mass incarceration is now recognized society-wide as a legitimate and significant economic issue,” according to noted economist, Matthew Friedman. “Not only does it affect GDP and labor, but economic principles like cost-benefit analysis can help inform possible solutions. America now spends more money to lock up its own citizens than most counties allocate towards fighting foreign threats, surpassing the national defense budgets of all but two nations (the U.S. and China).”

Even when economists disagree on the degree and nature of the impact, there is unanimity that our incarceration practices come at huge economic costs. It’s not all grim, and there are, as I have often advocated, creative solutions.

This brings me back to the idea of offering apprenticeships to those incarcerated. It allows them to earn real-world skills and a credential that they can take with them when leaving the prison gates and entering the job market. The program is small, with 9,000 enrollees nationally, but up almost three-fold since 2005. According to the Center for American Progress, “The momentum around apprenticeship programs is likely linked to their impressive stats: a 91 percent post-program employment rate and an average annual starting wage of $50,000 upon program completion.” Furthermore, a necessary component of this area of reform is changing the law to allow for occupational licenses, which currently bar ex-offenders from certain jobs regardless of their skill or experience, to be granted.

The potential of this program is great, but we should remember that absent a real commitment to these types of initiatives that potential will remain untapped. We should correct this so that those who are incarcerated can leave our facilities with a financial stake when they re-enter society and avoid getting trapped in the system.

It is also difficult to discuss the issue of incarceration without the seemingly natural antagonistic position that arises from the soft or tough attitudes on crime. A few experts would suggest an alternative to this perpetual debate that never seems to resolve itself.

“The debate between being tough or soft on crime is rhetorical and has no value in the criminal justice conversation today,” according to Ed Chung, vice president for Criminal Justice Reform at the Center for American Progress. Chung would point out that despite the rhetorical — tough versus soft — the reality is that crime rates are “half of what they were 30 years ago.” Chung suggests that a better term, “Smart on Crime,” might be the answer. The term was used frequently by former U.S. Attorney General Eric Holder for initiatives he championed at the Justice Department.

“The results of the Justice Department’s initiative showed that the program worked,” according to Chung. “In 2016, the Justice Department announced that due to the initiative, federal drug prosecutions were fewer in number overall but were “more focused on the most serious defendants. For example, prosecutions increased for cases in which a weapon was involved, or the defendant had an aggravating role; lower-level offenders, meanwhile, were charged less frequently. And because of the initiative, along with other criminal justice reform efforts, the federal inmate population decreased from nearly 220,000 in 2013 to fewer than 190,000 today.”

Chung says the Smart on Crime approach is common sense and it works. He points to 40 jurisdictions that have committed to reducing prisoner population that allows for access to professional help for those with mental health and substance abuse issues. For New Jersey, it really isn’t so much about being soft or tough on crime. It is about our state being wiser, fairer and committed to a criminal justice system that can successfully reintegrate those who have been incarcerated into society. That’s my take, what’s yours?