Don’t Throw Away The CHIP 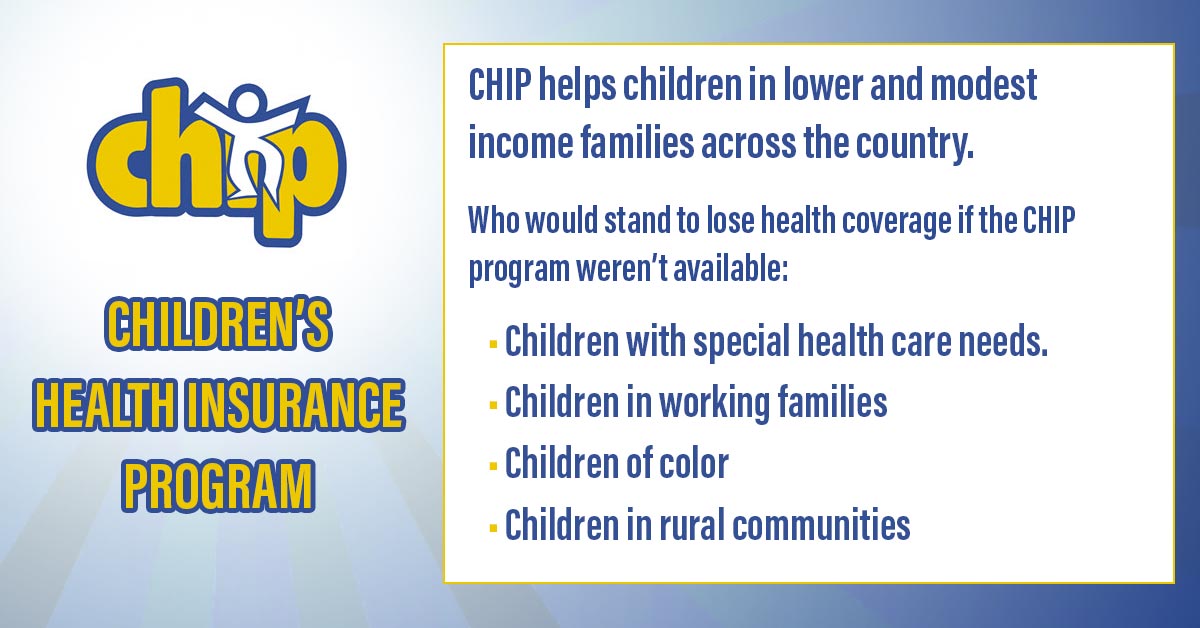 The deadline for a vulnerable segment of our population is closing in and the result of congressional inactivity could be devastating. I am referring to the Children’s Health Insurance Program (CHIP), which is in peril. Nationally, nearly 9 million youngsters (and about 370,000 pregnant women) receive care through CHIP.

Since September, it has limped along due to fast-diminishing funds from previous years because Congress has failed to renew its funding. CHIP covers children in families who earn too much for Medicaid but too little to afford private insurance. If congressional leaders don’t renew funding, the state is likely to send those children into the insurance marketplace, which many will not be able to afford. Much of the perennial goodwill toward CHIP stems from cost savings to taxpayers: Preventive care is far less expensive than treatment for serious health problems.

The stunning part of this failure to acquire passage of the funding is that the program has usually received bipartisan support. In this instance, benign neglect will turn into legislative sloppiness (and hubris) that might leave the program penniless and unfunded.

“We are very concerned, and the reason is that Congress hasn’t shown a strong ability to get stuff done,” said Bruce Lesley, president of Washington-based First Focus, a child and family advocacy organization, in a Washington Post interview. “And the administration is completely out, has not even uttered a syllable on this issue. How this gets resolved is really unclear, and states are beginning to hit deadlines.”

There is some speculation that the reluctance by members of Congress to ensure funding rests on some who are “consumed” by overturning the Affordable Care Act. Whatever one’s stand on that issue, the CHIP program should — as it has for 20 years — stand on its merit. It has been a health and safety bridge for millions of young Americans who we can’t afford to abandon.

The deadline for passage of funding was Sept. 30. Some states have enough funding to continue the program for a few months. But shortly, states will exhaust whatever funds are available, and the program will essentially end.

Two Virginia senators, Tim Kaine and Mark Warner, have focused on this issue for months, writing a letter to Senate Majority Leader Mitch McConnell to push through the legislation, according to news reports.

“We write to emphasize the importance of a prompt reauthorization of the Children’s Health Insurance Program (CHIP) for the state of Virginia,” the senators said. “We ask that you bring bipartisan legislation reauthorizing this important program to the floor as soon as possible. CHIP has been very important to protecting the health care of children in our state.”

We must not allow this program to halt. I am in full support of funding for the CHIP program. But all New Jerseyans should contact their congressional representatives and urge them to take action that both supports and reaffirms funding for CHIP.

Who is covered by CHIP?

CHIP helps children in lower and modest income families across the country. Here’s a look at some of the categories of children who most benefit from CHIP and would stand to lose health coverage if the CHIP program weren’t available.