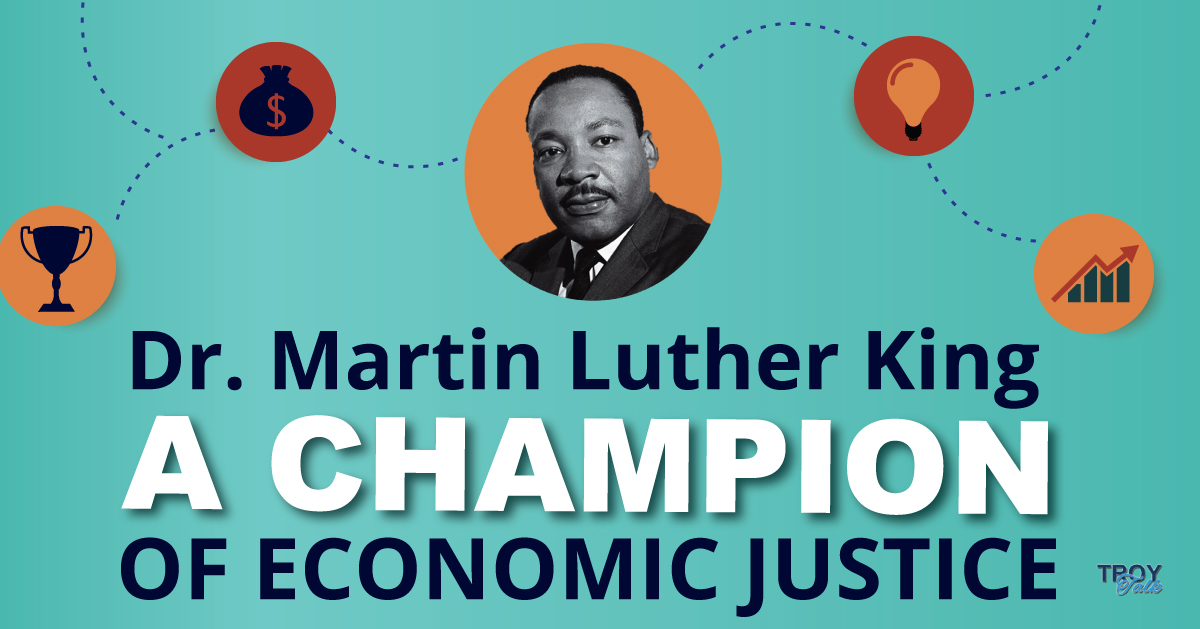 On Monday, we celebrate Martin Luther King Day, a special occasion to honor one of America’s greatest civil rights activists and a champion for people of every social strata. While the civil rights movement burned bright with numerous lights, Martin Luther King was a comet across the sky advocating for change, equality, and fairness.

What I find fascinating about Dr. King’s life is that despite his fame and his civil rights achievements, many are unfamiliar with his fight to promote economic justice. This is foremost on my mind on this anniversary given the recent number of blogs and legislative initiatives that I have supported ranging from job creation and raising the minimum wage to advocating for veterans and the need for affordable housing.

For Dr. King, civil rights and economic justice were inexorably linked. As early as 1958, he wrote “that the inseparable twin of racial injustice was economic injustice.” Ned Resnikoff, writing for MSNBC, correctly notes that Dr. King promoted his vision of economic justice based on four pillars of reform. These are:

This Dr. Martin Luther King Day commemorates Dr. King’s efforts not only for civil rights, but for economic justice for all Americans. He understood a fundamental rule of society: If there isn’t a degree of economic parity, it would hamper, if not prevent, Americans from fully embracing civil rights for all citizens.

How committed was Dr. King to economic justice?

The official name of the 1963 March on Washington was the “March on Washington for Jobs and Freedom.” When he gave his famous “I’ve been to the mountaintop” speech, the audience consisted primarily of black sanitation workers who were fighting for their right to form a union. Dr. Martin Luther King, Jr. was, indeed, a man for all seasons.