Election Day: Your Vote is a Victory for Democracy 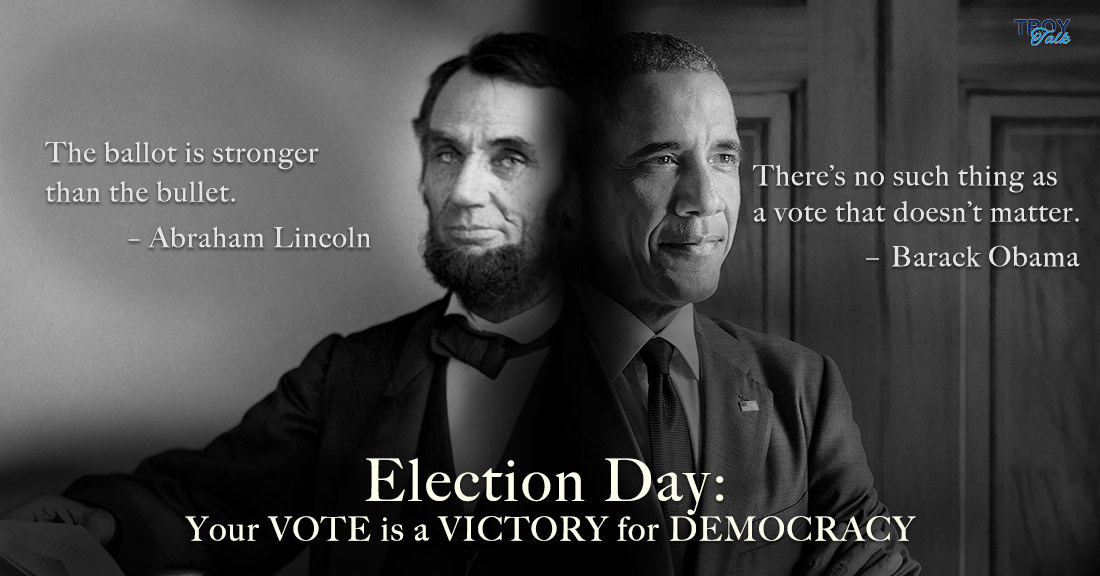 “The ballot is stronger than the bullet.” – Abraham Lincoln

Voting matters. When voters don’t turn out to choose their local, county or state government representatives, they receive a government that doesn’t represent them. If you participate in the voting process, I can assure you that it will frequently ease your frustration over larger-than-life government issues. The more we all do our part and share our voices, the more we start to find others who share our viewpoints and are saying the same things.

The freedom to vote, which was hard won, is one of our country's most important political rights. To be a truly representative democracy, our nation must continuously work to make voting easier and less restrictive. If we achieve this goal, our elected bodies will better reflect the full diversity of our great state, including the viewpoints of so many who’s voices are marginalized in our democracy.

This requires all of us to be engaged and active participants in this great democratic experiment. So, let's start this Tuesday, Nov. 5 and chart a more inclusive democracy here in our state by going out to vote. As you might suspect, Nov. 5, I’ll be traversing my district encouraging my neighbors to vote. But you can be sure that I’ll begin the day by exercising my civic responsibility by voting. Frankly, there are few actions in our democracy that I respect more than voting.

Now, predictions for this election point to a low turnout, not an uncommon occurrence during off-year elections. Yet these are as important as those that gain the bigger national headlines. They provide the pillars upon which our governance is established and the shape of our local and regional political structure.

We have heard over the years that “your vote matters.” It does. Yet if you do not step inside that voting booth (or drop an absentee ballot in the mail) on Tuesday, you have removed your voice from the most important part of the democratic process. Furthermore, while some will argue that not voting is somehow an act of rebellion against a process that they feel is slanted against them, I would argue that is more akin to surrender rather than rebellion. Our democracy is a participatory exercise and by surrendering your right to vote you are in fact surrendering your voice towards shaping the direction of the community in which you live. So, no matter who you plan on voting for this Tuesday, November 5th, please make sure your voice is heard and your vote counted. That’s my take, what’s yours?

“There’s no such thing as a vote that doesn’t matter.” ― Barack Obama