Eliminating the Curse of Illegal Guns 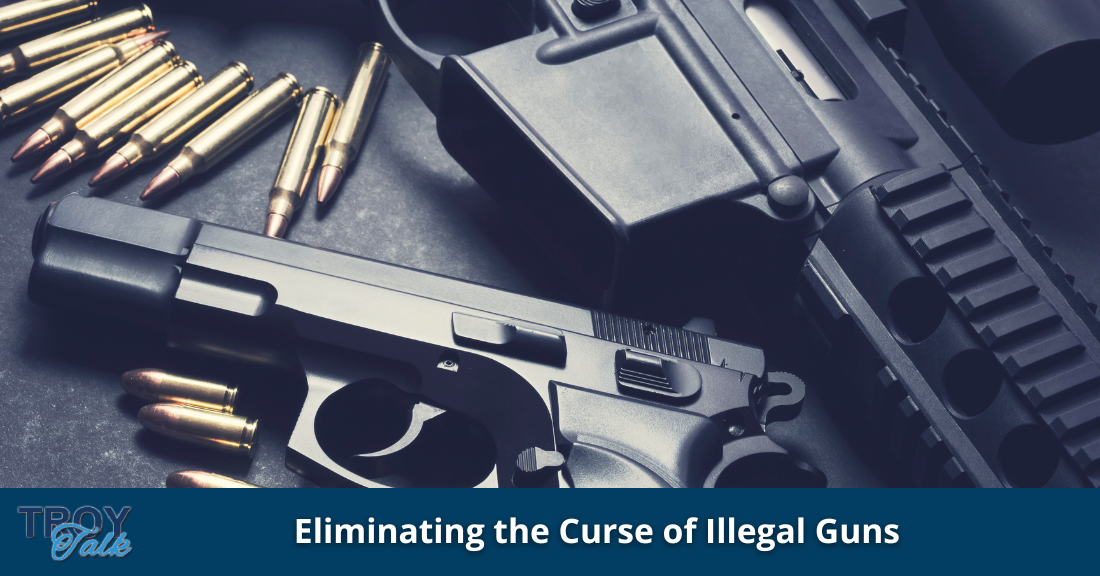 When we start our day, is there a news update in recent memory that doesn't lead with a story about a shooting where someone is killed or wounded? Unfortunately, these tragedies have become common, and what adds to the havoc, making it even more confounding, is that criminals have obtained many of those guns illegally.

Few topics generate as much heated debate as the issue of gun violence and how to stem it. This includes the trafficking of illegal guns. Everyone has an opinion on it, regardless of where they stand on the political spectrum. It is a time for legislators to be clear on their position and what remedies they offer as a solution.

My stance is unmistakable: First and foremost, I support the Second Amendment. I believe the Constitution and subsequent court rulings have affirmed the right for citizens to bear arms. That said, I share similar sentiments with U.S. Supreme Court Justice Antonin Scalia, who said in the court's ruling in D.C. v Heller that the Second Amendment is "not a right to keep and carry any weapon whatsoever in any manner whatsoever and for whatever purpose."

In this instance, Justice Scalia's judgment was correct. But that still leaves us with the issue of gun violence, or more specifically, the trafficking of illegal guns. Unfortunately, no single magic solution will resolve it. Still, one point is clear: Disproportionate gun violence occurs because the culprits illegally obtained their weapons.

My observation that legislators must lead on the issue of illegal gun trafficking also applies to me because we are the springboard for change. In 2013, nearly 10 years ago, I authored New Jersey's enhanced anti-firearms trafficking law, which we have successfully used to punish gun traffickers.

My mission to remove illegal guns and punish perpetrators continues.

For example, I have introduced Senate Bill No. 3085, which expands the culpability requirements for firearms trafficking offenses. If a licensed gun dealer sells a firearm to a person when the dealer knows the buyer will sell or transfer the gun to someone who is disqualified from owning a firearm, the dealer could be guilty of a crime in the second degree and permanently disqualified from holding a retail license.

In addition, I have prime sponsored Senate Bill No. 3150, the “Real Accountability for Consequences of Unlawful Trafficking of Firearms Act,” which sets strict criminal penalties for firearm trafficking that results in injury or death. Depending on the circumstances, the penalty can rise to 10 to 20 years of imprisonment and a fine of up to $200,000.

Both of these legislative initiatives, which passed the Senate Law and Public Safety Committee last week, are important and serve as a catalyst to halting the spread of illegal firearms.

We continue to witness the debate between those who espouse the  Second Amendment rights of law-abiding citizens and those who would place limits on gun ownership in the hopes of curbing gun-related violence. The debate will continue.

It is our task as citizens to find solutions that protect constitutional safeguards while creating a safe and secure environment for all citizens and protect them regardless of who they are and where they live.