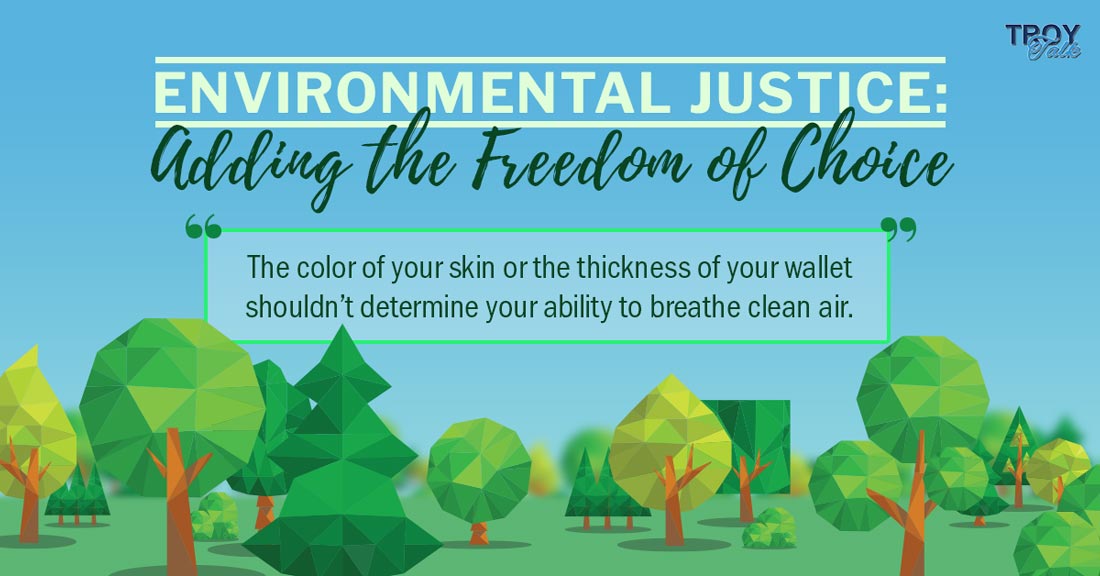 “The color of your skin or the thickness of your wallet shouldn’t determine your ability to breathe clean air.” These are the withering words of the Times of Trenton's Editorial Board, and it perfectly captures the spirit of Senate Bill No. 1700, my environmental justice legislation. In formal parlance, my bill would “require a person seeking a permit for a new facility, or for purposes of the expansion of an existing facility, located in a burdened community, to meet certain additional requirements before they can obtain the permit.”

In plain English, my proposal remedies an injustice that keeps repeating itself. Poor urban communities have been the dumping site for polluters and contamination, and they have never had a real voice in determining whether these businesses and institutions were acceptable. Until now.

The fight for environmental justice has been a well-known and well-received rallying cry over the years but by and large more of just a rhetorical exercise that is still woefully short of the tangible results necessary to address this urgent concern. Achieving the practical changes in public policy that many of us have desired has so far remained more elusive.

“For far too long, we have dumped these facilities that no one wants in these communities,” said Jeff Tittel, director of New Jersey’s Sierra Club. He points to Newark’s Ironbound community as a tragic example. Within that community is a cluster that is “home” to three power plants, a garbage incinerator and three (yes, three) Superfund waste sites.

And as we strive to strike the balance that S1700 seeks to achieve, we also cannot ignore that there is an economic and environmental reality that frames this debate. We are not going to abolish the market economy that drives these decisions, nor can we outlaw all pollution or equalize its incidence.

However, what we can and must do is try harder to address the most egregious imbalances and risks that result from those with more financial resources and louder political voices crowding out those who are bereft of both. This has directly led to a concentration of these type of facilities in lower socioeconomic communities.

Here's the litmus test for anyone: Would you care if all these facilities appeared in your community? Would it be troubling if you walked out of your front door and found yourself within strolling distance of a power plant or a smokestack belching out unhealthy air (even after being filtered)?

We need to do a better job of where we site these facilities, and my legislation is a firm and direct answer to addressing this issue. It would create a two-tier system that would allow community input on existing and proposed facilities. This would apply to new permits or the expansion of an existing landfill plants, sewage treatment facilities, resource recovery facility or incinerator, waste transfer stations, solid-waste facilities or a facility designated as a major source of air pollution, as defined by the Federal Clean Air Act.

Before issuing what was often an “automatic” permit, now the New Jersey Department of Environmental Protection would have the authority to assess the cumulative impact of any new, entering pollution. It would also require public hearings to receive impact consideration directly from the community – so that those who are most impacted have a voice in the process.

At its ground roots, this legislation finally allows people where they live to have more than a choice regarding the makeup of their community. It gives them influence behind the choice.

This new law is a layer of a larger picture. I’m referring to Earth Day, what many describe as the world’s largest environmental movement. Earth Day started April 22, 1970 (next year is its 50th anniversary). It activated 20 million Americans and helped contribute to the Clean Air Act, Clean Water Act, the Endangered Species Act and other significant environmental successes. Twenty years later, the movement went global, with 200 million participants in 190 countries. Now, more than 1 billion people participate

This is being environmentally conscious and active at its grandest and most deserving level. At the risk of sounding overly simplistic, I honestly believe that picking up that piece of litter or taking those few extra seconds to sort the trash into recycling and nonrecycled makes a difference. And the more of us who do it, the greater the impact.

I’d like to believe that efforts like my environmental justice bill, and your support help contribute to the continued success of Earth Day initiatives, one clean breath at a time. Senate Bill 1700 is a longstanding attempt to get after this issue and to finally add some definition and practical action to the fight for environmental justice in our state.