​Gestational Diabetes: Protecting Yourself and Your Baby 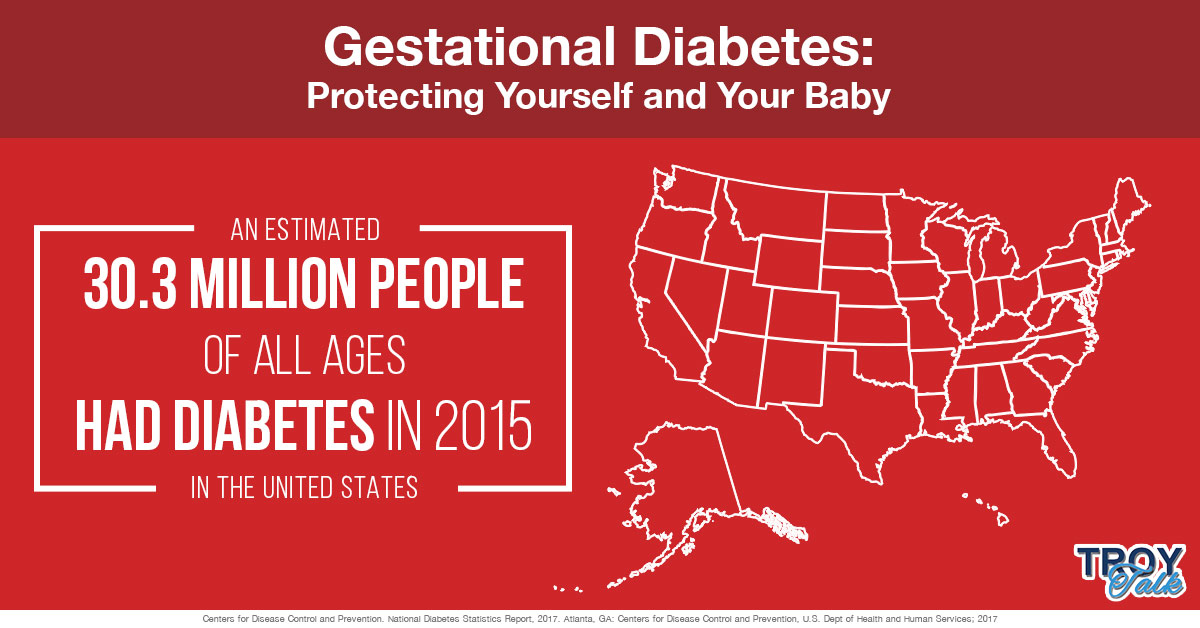 November is National Diabetes Month, a time when communities across the country team up to bring attention to diabetes and its impact on millions of Americans. Diabetes is a major health issue both because of the dangers it can levy on your health and its growing prevalence across our general population.

“Diabetes is the condition in which the body does not properly process food for use as energy,” according to the Centers for Disease Control. “Diabetes can cause serious health complications including heart disease, blindness, kidney failure, and lower-extremity amputations. Diabetes is the seventh leading cause of death in the United States.”

The unfortunate element of gestational diabetes is that if there are any symptoms — and sometimes there are none — it is nothing more than being thirstier than usual or having to urinate more frequently. Factors that contribute to gestational diabetes include hormonal changes that occur during pregnancy, being overweight, and your genetic makeup.

There is a way to manage and treat gestational diabetes. This includes a healthy eating plan and maintaining an active physical regimen. If these two approaches are ineffective, insulin treatment might be required.

It is possible to lower your chances of gestational diabetes by losing weight before pregnancy and by being active both before and after pregnancy.

Prevalence of Both Diagnosed and Undiagnosed Diabetes

If you have questions about whether you might have diabetes (and even if you don’t, there are no reliable telltale signs), you can take an easy 60-second Type 2 Diabetes risk test online. If you know of someone who is computer shy, especially a relative, help them with the simple test, available at  American Diabetes Association.

Take the test. Protect yourself, your family and your children. While there is no cure for diabetes, you can manage it. And even though November is winding down, it’s the message that matters and one that should fit into your way of life. It begins with understanding if you are at risk and a commitment to a healthier lifestyle.