Getting Sick Shouldn’t Put You In The Poor House 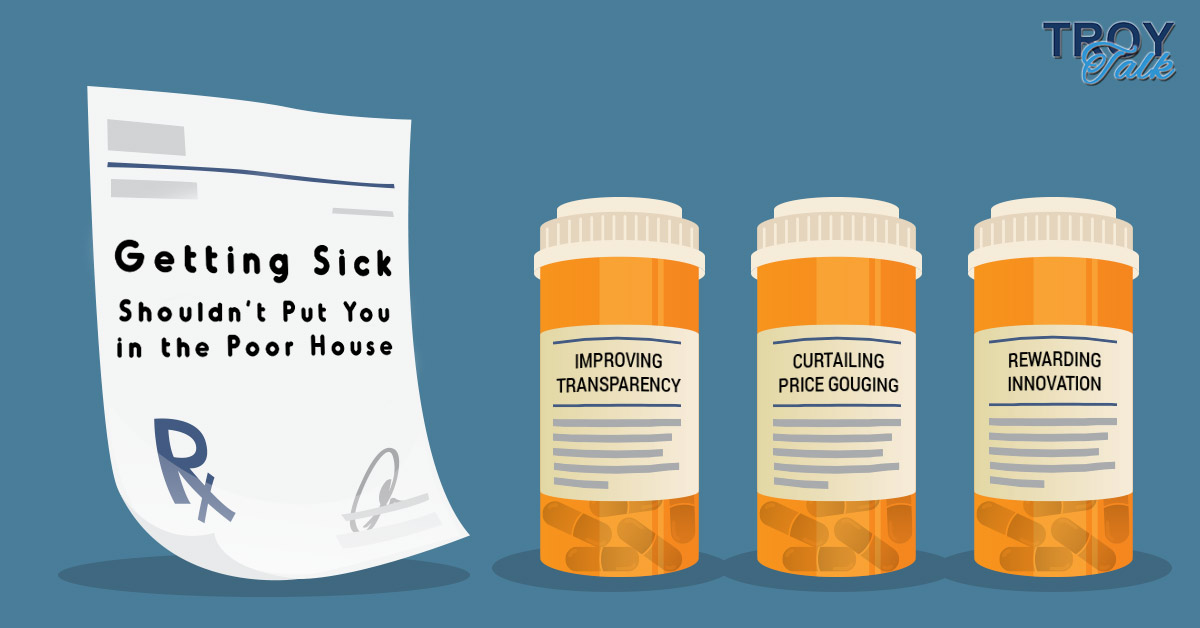 One of the most persistent issues that I hear about from my 7th Legislative District bosses concerns high and rising prescription drug prices. According to the Center for Medicare and Medicaid Services, our country spends nearly $1 billion a day on prescription medicine, with that number projected to increase over 6% per year on average over the next decade. Further, because the government pays more than 40% of all retail prescription drug costs, this level of increase will constrain and stress state and federal budgets. This has been fueled largely by new drugs entering the market and price hikes of existing prescription drugs. As we consumers call for better cures, we also must demand that access to those vital medicines do not force us into dire financial conditions.

No matter your political leanings, large majorities of the public support greater government action to lessen this financial burden. However, policymakers at all levels have to strike the balance between restraining the prices of prescription drugs without sending a chilling effect on the development of new drugs that have critical and substantial health benefits. And, while the federal government has been slow to address this issue, it has fallen to state government to lead the way. In my efforts to combat this ongoing healthcare crisis, it has led me to focus in on a few distinct areas: (1) providing greater transparency in drug pricing, (2) aggressively pushing back against price gouging, and (3) rewarding innovation that leads to price controls.

Improving transparency is an important ingredient in the effort to reduce escalating drug pricing. Legislative proposals in this area not only form the foundation for stronger reforms down the line, but they also shine light on those entities that take advantage of consumers who are at their most vulnerable. In this vein, I have sponsored the following proposals to increase transparency in drug pricing:

As said previously, consumers, businesses, and the government face sticker shock as prescription drug costs spiral out of control. Nothing seemingly has been able to slow down this rising concern. A 2016 poll by the Kaiser Family Foundation found that 77 percent of Americans surveyed said the cost of prescription drugs were “unconscionable.” The main take away from that study is that many of those surveyed thought that some pharmaceutical companies were just spiking the costs of their prescription drugs BECAUSE THEY CAN. Now, by no means is this meant as an indictment on all pharmaceutical companies but it’s been clear that some are taking advantage of market conditions to enhance their bottom line with no regard to the consumer. I have proposed the following initiatives to aggressively push back on this practice:

Market-driven policies alone are not the silver bullet to fix this issue. These policies alone do not speak to or reduce the high cost of bringing new drugs to the market. In order to preserve the innovation incentives essential to bringing these potential life-altering medicines to market the benefits for developing them. However if pricing alone is the only pathway through which returns on investment can be realized, the ongoing prescription drug affordability issue will remain.

Shifting financial incentives from paying for greater volume to those that pay for higher value is a practice being employed in many risk-sharing arrangements for hospitals and physicians. Looking at this as a pilot program with pharmaceutical manufacturers would tie rebates and discounts for expensive drugs to the outcomes observed in the patients who receive them. Simply put, purchasers would pay more for a drug when it works and less when it doesn’t. Promoting and rewarding innovation is necessary to affecting affordability for consumers. I have developed the following proposal to do just that:

We face the twin challenge of prescription drug prices growing at such a pace that is becoming unaffordable to our health care systems and consumers alike. While what I have presented isn’t an exhaustive list of actions we can take, sitting idly by as rising costs crowd out other priorities of our personal and governmental finances is not an option. That’s my take. What’s yours?