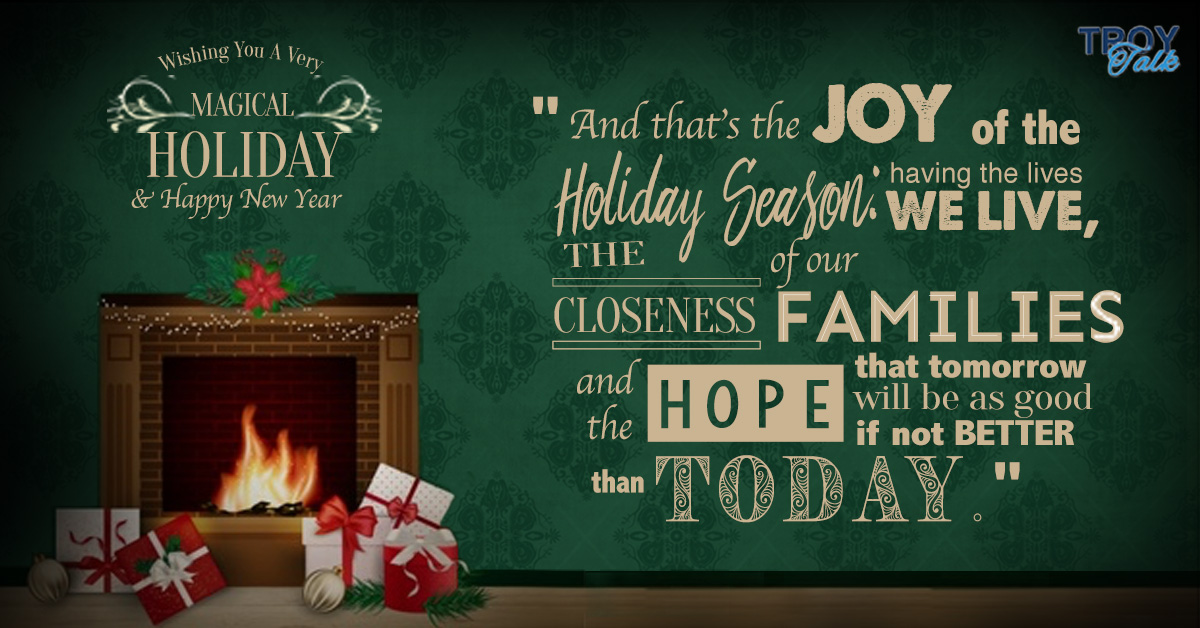 The Holiday Spirit is difficult to define. I don’t mean that in the typical dictionary approach but rather in the everyday personal interpretive sense. Ask 10 people what it means, and it will probably vary, though I suspect the theme — fellowship, family and faith — would form some general basis of agreement. (Even the Grinch who grumbles about the holidays can find “comfort” in a reason to complain.) Anecdotally, people seem to be a bit more “lifted” in spirit and personality. You’ll often hear a Happy Holidays or a greeting of Merry Christmas.

Of course, I’m not sure we need psychologists to tell us what we seem to understand by observing those around us during this time.

And what many consider the greatest example of the holiday spirit was during World War I on Christmas Eve, 1914. The newly elected Pope Benedict XV had called for a Christmas truce that officials rejected. That refusal did not dampen the holiday spirit of the troops on both sides.

Graham Williams of the Fifth London Rifle Brigade described it this way: “First the Germans would sing one of their carols and then we would sing one of ours, until when we started up ‘O Come, All Ye Faithful’ the Germans immediately joined in singing the same hymn to the Latin words Adeste Fideles. And I thought, well, this is really a most extraordinary thing – two nations both singing the same carol in the middle of a war.”

There was an exchange of gifts and a momentary end to the fighting. Though no more than a truce, many would later describe it as a miracle, during a holiday more than 100 years ago.

It is difficult to summarize something as broad as the holiday spirit in a few sentences. During an Advent service, the beginning of the Christmas season, a clergyman recently spoke about the commonality of joy and hope. I think he was right, not just for the Christmas season but for all the holidays that seem to coalesce during this time. And that’s the joy of the holiday season; having the lives we live, the closeness of our families and the hope that tomorrow will be as good, if not better, than today.

From my family to you and yours, happy holidays and best wishes in the new year. That’s my take, what’s yours?