Help In Recovering From Sandy’s Wrath 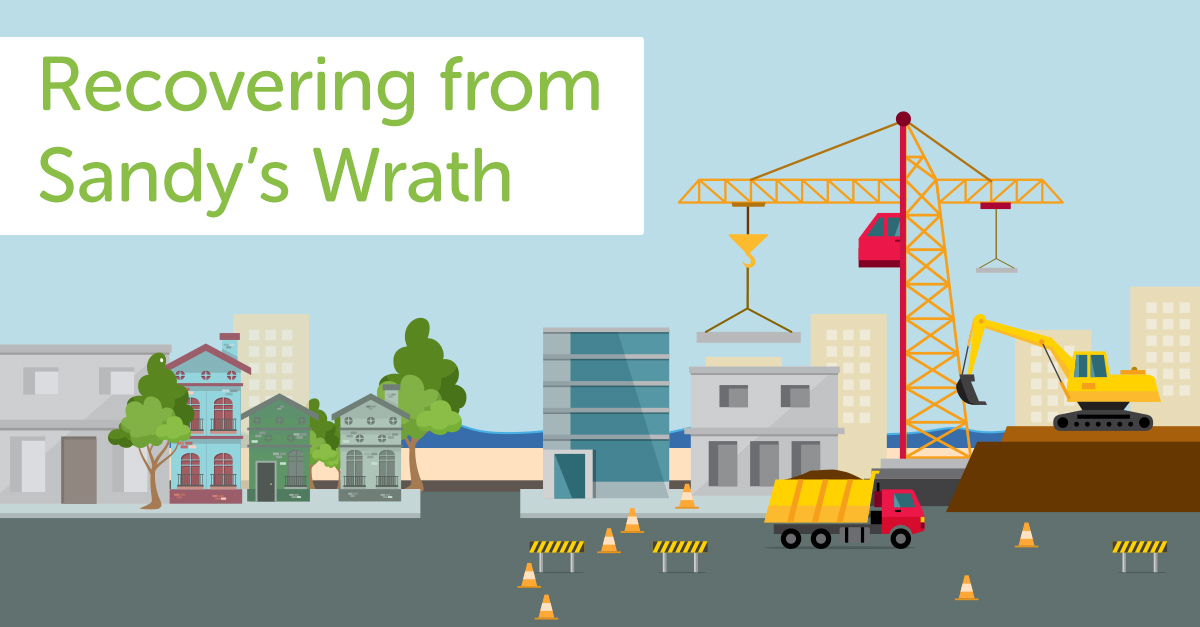 Imagine that your home and family are devastated by a natural disaster of almost unprecedented force. Now, think about how arduous the task is to rebuild your life and your home only to have governmental bureaucracy get in the way. For families who were affected by Hurricane Sandy in 2012 this personal nightmare rages on. When I think of Sandy victims, it’s difficult to understand how some citizens who lost the use of their homes did not receive the aid they deserved. And what is more reprehensible, some of these victims are facing foreclosure of their homes because the state has not been proactive or quick enough to provide the aid it promised.

Sadly, it’s more than a handful of New Jersey citizens. It has been noted that thousands of homeowners due to receive funding from grant programs set up to help them in their recovery have complained of extraordinary delays. It is shameful that almost four years after Sandy, residents are still dealing with these types of setbacks.

New Jersey residentswho felt the lash of Sandy’s destruction should not continue to pay the price for a calamity they could not foresee. It would be difficult to forget, but a short four years ago, Sandy struck the Shore and parts of northern New Jersey with 80 mile-per-hour winds. The storm damaged an estimated 350,000 homes. There remain about 3,200 New Jersey residents (out of about 7,600 that participated in the RREM) who have not yet completed the recovery projects for which they are eligible. Many of them continue to pay rent on their current dwelling while making mortgage payments. It is a staggering financial double hit. It’s our duty to provide them with the relief they deserve and which we promised years ago.

This is what led me to work with housing advocates and affected homeowners to attempt to address this situation. I sponsored bi-partisan legislation, A-333, that offers a solution and more importantly immediate action to give these homeowners some relief they need. The proposal would provide for an extension of the completion deadline through various programs responsible for the rebuilding of their homes. The agencies involved in the funding include the Department of Consumer Affairs (DCA) through the Rehabilitation, Reconstruction, Elevation and Mitigation (RREM) and the Low to Moderate Income Homeowners Rebuilding (LMI) grant programs.

The bill would offer an extension of the filing process to individuals who are still waiting.  If the builder or the DCA was responsible for the delay, then the affected victim should have the right toan extension for the repairs or rebuilding. And if there is a denial, then the DCA would provide, in writing, the reason for the refusal.  My proposal also offers temporary foreclosure protection for victims who have been approved through the RREM or LMI program or have received rental assistance from the Federal Emergency Management Agency (FEMA).

There is almost always confusion in the wake of a sudden emergency such as Hurricane Sandy. There is always the issue of unintended consequences. But whether it is misguidance, simple error or neglect, our citizens should not bear the brunt of paying the price,particularly in light of the burden they paid already with a demolished or damaged home. The irony in all of this is unmistakable, especially to the victims. The state government has already allocated the funds to help. It’s gaining access to the funds and someone putting the repair work into action that are the sticking points.

I’m uninterested in finger pointing. This proposal aims to address those concerns by ensuring fairness, increasing transparency and boosting assistance to those struggling to hold onto their properties while they rebuild. I do not think anyone singled out the victims of Sandy for falling into a bureaucratic quagmire. We should now move forward and resolve the issue.I am encouraged that my colleagues in the Legislature have recognized that it is long past the time for extending the application process. Both houses of the Legislature overwhelmingly passed this proposal and it now awaits action by Governor Chris Christie. I hope that Governor Christie swiftly signs it into law so those families affected can finally move forward with their lives.That’s my take, what’s yours?