Illegal Use of Hands in the NFL 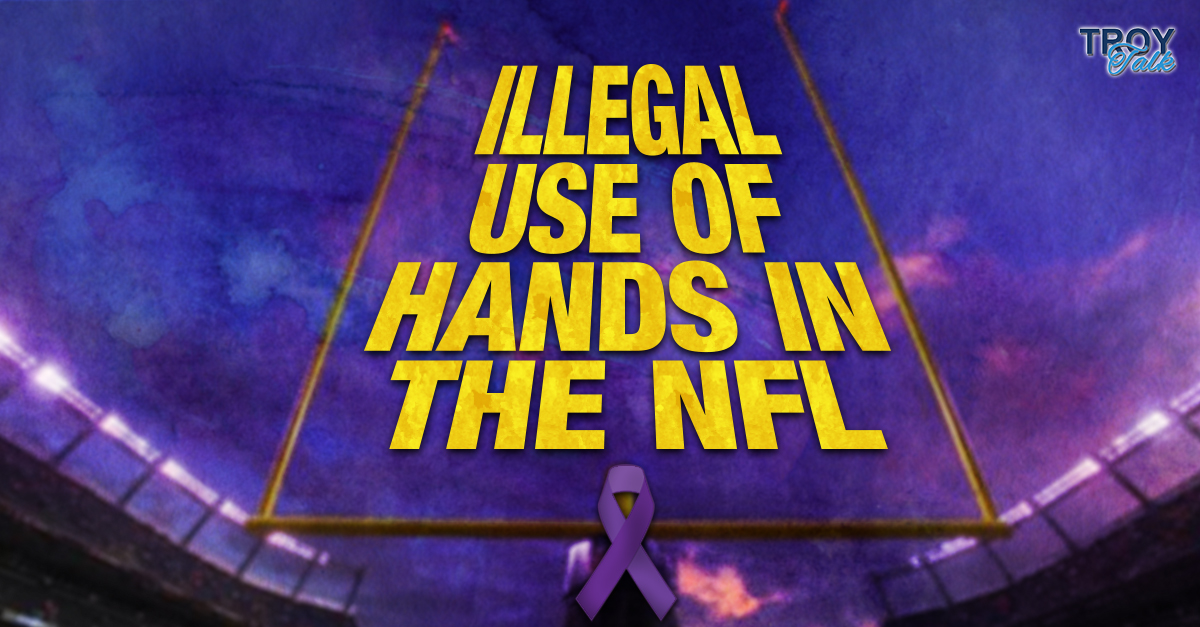 True confession. I thoroughly enjoyed watching the Eagles trash the New York Giants in their game this past Monday night. As a lifelong sports fan, and more importantly a HUGE football fan, there is always a little extra bounce in my step when the home team wins.

But if watching professional football is pure joy, I’m still confounded by what continues to be a persistent, black mark on the National Football League (NFL). I’m referring to the manner in which it treats players who are guilty of domestic violence. As I said previously, I am a rabid fan of the NFL, but its handling of domestic violence sends the absolute wrong message. As the father of a daughter, I am disgusted at the way these issues have been "addressed."

The most recent episode involves convicted woman abuser, Greg Hardy of the Dallas Cowboys. Being repentant might not have helped his cause for rehabilitation, if that was even his desire, but during a recent news conference, he made suggestive comments about Patriot’s quarterback Tom Brady’s wife and her sister.  The Hardy incident follows the high-profile case of former Baltimore Raven Ray Rice striking his then-girlfriend (now wife) in an Atlantic City casino.

A general consensus held by many regarding this issue is twofold: First, there seems to be too many cases of reported violence by NFL players against women.  According to Sports Illustrated, “From Jan. 1, 2012, to Sept. 17, 2014, 33 NFL players were arrested on charges involving domestic violence, battery, assault and murder. In the last two calendar years, at least 15 of those players were arrested for violence against women.”  (Keep in mind that these are reported cases. How many would be fodder for sports talk shows if, presumably, every victim reported an assault.)  Second, many in the public view the NFL’s reaction to this issue as too lenient.

There is now a conversation by the NFL (and others) of two strikes and you’re out—for life. A counter argument for this “death” sentence is that it will discourage the victims from bringing complaints and charges because there is often a financial connection to the abuser, and a “banned for life” ruling would permanently cripple a high-earning professional athlete.

It’s not my job to tell the NFL how to police their players, nor what policies they should implement. However, I do think it is important to raise the issue regarding the inconsistent message they are sending. The NFL must develop a fair and completely transparent policy when a player is convicted of domestic violence. It must apply across the board, it must be consistent and they must adhere to it regardless of the stature or playing skill of the offender.

Why is this so important? Young athletes admire professional athletes. Yes, it’s a commonplace observation, but it’s true. Athletes are role models for our youth, and let’s pause before we suggest that other figures would be better candidates. I suspect that more young men have a poster of their favorite running back in their room than that of a world-class concert pianist. We must inculcate these enthusiastic, yet impressionable children with the message that it is NEVER acceptable to strike someone that you are in a relationship with under any circumstances. NEVER. It is wrong and it is reprehensible. Further, they must know that when one commits this type of offense, a severe punishment awaits them.

One of the greatest quarterbacks of any era shares this sentiment. You only need to view the reaction of Hall of Famer Terry Bradshaw, who won four Super Bowls. He speaks plainly, truthfully and angrily. Take a look for yourself:

If there is anyone left who feels that the NFL is doing an adequate job of policing this issue or if you believe that professional football players should receive special consideration if they have committed violence against their partners, and then allow me this observation. You have a sister, or brother, a daughter, son, or certainly some person who is important in your life. What would you do if that victim was THAT person who was important in YOUR life? What penalty would you levy against someone who abused them? Once we frame the question in that context, I think most reasonable people would conclude that it is an intolerable situation. The NFL should examine this issue with excruciating scrutiny and begin to formulate a new policy, NOW. Perhaps they should develop a new slogan for the league…NFL – The Not For Long League if you engage in domestic violence. That’s my take, what’s yours.