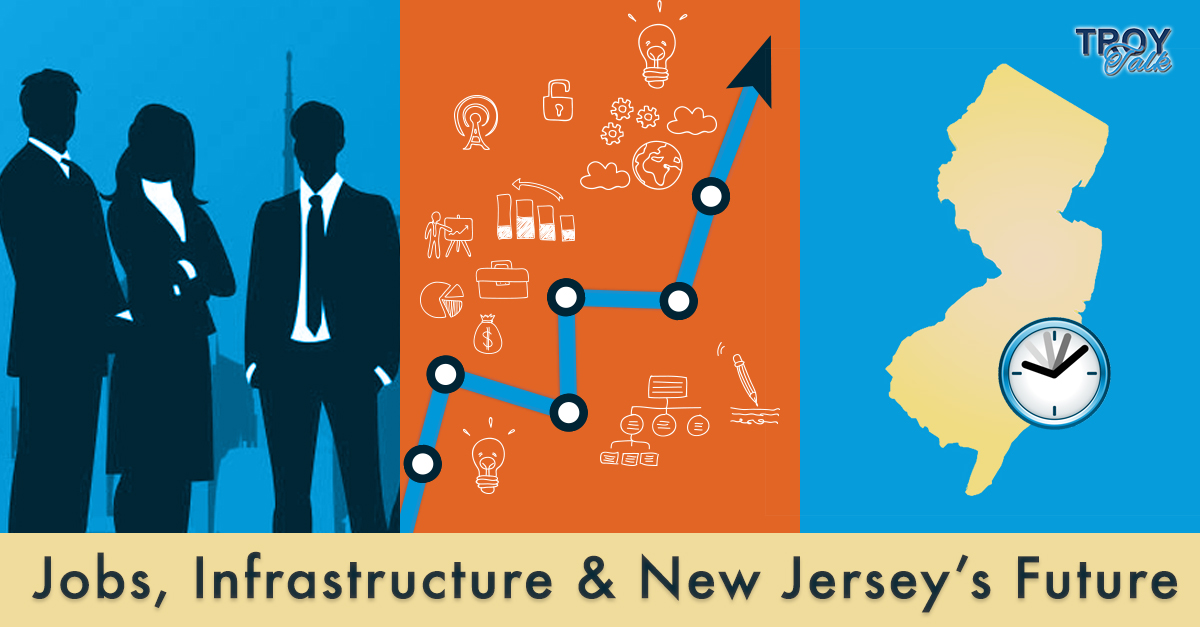 create jobs while implementing an overhaul of our infrastructure? If it weren’t such a serious topic, one might expect that this was a test question in a college economics class.

But in New Jersey and throughout the rest of the land, these are real-life problems that are beginning to gnaw at us with growing urgency. Employment rates are still too high against a backdrop of a statewide infrastructure that is tottering.

The issue we face is basic economics at its best. It’s the answers that are complicated. Both are daunting topics, our need to address them is becoming more necessary by the day. While we are in what some would suggest is a recovery period, you don’t have to be a Keynesian economist to know that when we create jobs, everyone benefits. Each person who is not fully employed is a drag both to their personal self-esteem and their community. But we can change these conditions with leadership and foresight.

That’s why I have introduced a proposal, A956, (http://www.njleg.state.nj.us/2014/Bills/A1000/956_I1.HTM) which would tackle these issues head on.  The concept behind the idea is pretty straightforward: allow our resources to work for us in generating jobs and a sounder infrastructure. A956 would use capital provided by state pension funds to help fund infrastructure projects. This   would contribute to the state’s overall economic development, while attracting competitive return rates for retirees.

I have said this before, but it I believe it bears repeating. Putting band aids on infrastructure problems in dire need of repair is not a solution. It is more expensive in the long run, it affects the quality of life of our residents and undermines our economy. This proposal would help fund needed upgrades to the state’s infrastructure, while providing better returns for pension beneficiaries, all of which helps to invigorate our economy.

While the jobless rate is self-evident and receives frequent media coverage, it’s important not to dismiss the dismal state of our infrastructure.

Just how bad is it? In stark language, The Center for American Progress notes that: “America’s infrastructure—its roads, bridges, water and sewer systems, energy grids, and telecommunications system, to name a few—is outdated and is, in far too many places, crumbling due to lack of sufficient public investment.”

Job creation and infrastructure repair are seldom the topic of conversation at the dinner table. These are macroeconomic issues, broad in concept, complex in solutions, that often seem divorced from our every day lives … until, of course, we feel the heavy hand of their aftershocks. But you see, high unemployment rates and a crumbling infrastructure touch us every day.

When we consider employment, think of that relative who has a college degree or excellent trade skills but hasn’t been able to land a job for the last nine months. Or maybe you have a kid who just graduated from college in May, and he or she still has not received even one invitation to an interview.

Infrastructure? When’s the last time you crossed a bridge and it just seemed worn and dilapidated, or you traveled down a road that was so bumpy, you were afraid it would wreck your recent tire alignment. In fact recent reports point out that on average New Jersey motorists spend on average $601 per year in additional vehicle maintenance costs.

You see, one way or another, it affects you, me, all of us. When I look at these issues, I try to assess what’s best for all New Jerseyans now and in years to come. The hope is that with the passage of this proposal, we have a solution for today, tomorrow and, hopefully, for many more tomorrows. That’s my take, what’s yours?