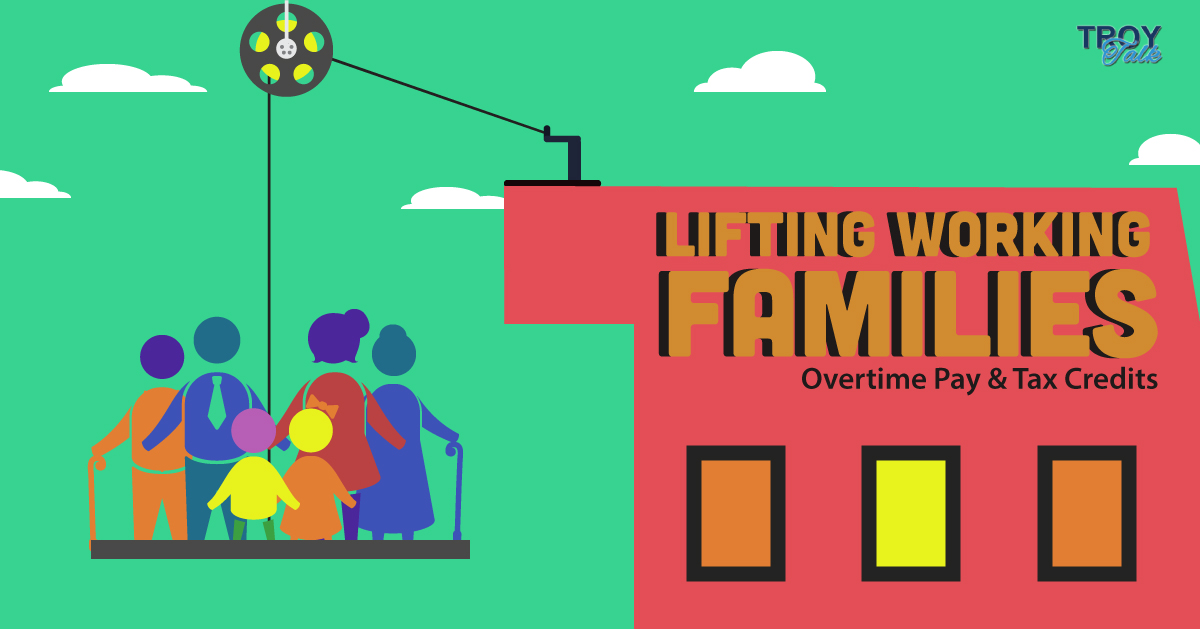 Economic fairness and equity for workers is an important concern if we are to close the income inequality gap in New Jersey and beyond. There are multiple ways in which this can be addressed. One such way relates to the need to update the salary thresholds for what qualifies as overtime pay, and the other relates to utilizing our tax code to assist workers who will face continued and increasingly complicated challenges for future job opportunities.

When I review these proposed suggestions, I’m reminded of a letter that I received discussing the issue of placing “New Jersey’s working families first.” I couldn’t agree more. Whether it’s updating overtime pay requirements or tax credits for training future workers, it boils down to the same issue: putting working families first. Families who work demonstrate resilience and initiative. They are trying to attain or maintain their status in the middle class. We must ensure that they are given a fair chance and we must further remove obstacles that block their road.

Let me illustrate my point by outlining one such road block. New Jersey continues to mimic an existing federal guideline with regard to overtime pay. If you make less than $24,000, you get paid for overtime (more than 40 hours per week). The rule was promulgated 40 years ago and doesn’t take into effect inflation, and unfortunately do to this lack of action, things are getting worse.

According to national figures, workers who received overtime pay in 1975 represented about 63 percent of the workforce. That has dwindled to a measly 7 percent. The overtime pay issue is particularly significant in New Jersey as it affects 400,000 workers. Not paying workers overtime pay is unfair. If you work, you should get paid.

This means that millions of workers in our country, and hundreds of thousands here in New Jersey, are working 50 or 60 hours a week, losing time with their families, and not getting any overtime pay for their hard work and dedication. It also means that employers are not hiring workers to do the extra work.

It seems reasonable to set a realistic threshold for overtime pay sooner rather than later. I would suggest that the baseline should apply to workers who earn $55,000 or less annually to keep pace with wage trends. This action would not require legislative action because New Jersey is one of the few states that can accomplish this change by administrative action. Further, this change was originally promoted by President Barack Obama in 2016 to boost wage growth and to close the income inequality gap mentioned earlier, but was challenged because it was viewed through the political prism.

We’ve been waiting 40 years for a change. Now is the perfect time to revisit this issue and create one that reflects a realistic wage threshold.

The other issue relates to the future of worker skill development in New Jersey, because it will become increasingly important in the next decade.

“Rapid advances in technology, including artificial intelligence and automation, are transforming industries and reshaping the skills necessary to secure and keep a job,” according to Alastair Fitzpayne and Ethan Pollack, writing in the Aspen Institute’s Future of Work Initiative. “U.S. workers will need to acquire skills that are not easily automated or that complement ever-changing technology. Yet, data suggest an alarming trend: there is a steady decline in the amount employers are invested in their workforce.”

Without this preparation, our future workforce is at grave risk.

Part of the answer rests with providing worker training tax credits, according to Fitzpayne and Pollack. I like to think of a tax credit as a worthy goal that benefits both parties: The employee prepares for future change because of technical training that also boosts their confidence. The employer now has a more highly trained employee, who has the skills for the job and avoids the disruption of searching for a replacement.

I view this as a nudge. Richard Thaler, a University of Chicago professor and Nobel Prize winner, is a proponent of the “nudge.” To simplify, it is an approach that is seemingly small yet can have a tremendous impact. It is not a mandate but invokes a degree of volunteerism to implement it. It rests on a free market approach, an easy choice and the ability to disagree.

“Nudges are not mandates,” Thaler writes in his book, Nudge. “Putting the fruit at eye level counts as a nudge. Banning junk food does not.”

There is a common-sense component when we apply this to tax credits and the workforce. It is precisely why I have introduced a proposal that “provides credits against corporation businesses and gross income taxes for certain employers that invest in human capital by providing job training or work education programs to their employees.” I consider this idea important both for workers and business. We frequently hear the term “win-win” when both sides benefit. I truly believe that this is a worthy use of our tax code, and can have precisely that effect. Workers will have a “real world” opportunity to advance their knowledge and the satisfaction of growing their skill base and marketability for future employment. Employers can finally dampen the cry of “I can’t find skilled employers.” They can help find those new, skilled workers in their backyard by making the investment in their existing staff.

We return to where we started. I seek fairness and equity for working families. Removing obsolete overtime rules and providing meaningful tax credits that promise training and greater employment opportunities are steps in the right direction. That’s my take, what’s yours?