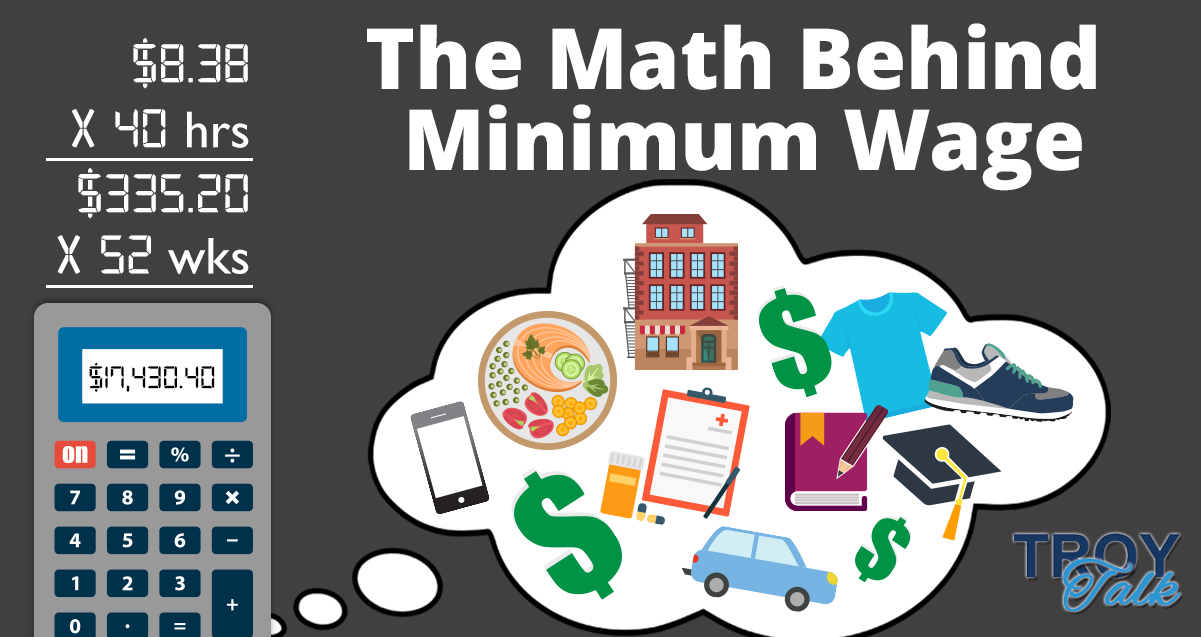 The point of this modest math lesson is twofold: First, I’ve introduced legislation, A4275, which would immediately increase the minimum wage to $10.10. It would also allow for modest increases in subsequent years that would correspond to the consumer price index (CPI). Further, this proposal marries increases in the minimum wage with the growth of our economy. I believe that as our economy grows so should the earning power of the lifeblood of that growth, the American worker. So, the bill provides, in addition to the increase based on the CPI, if the rate of growth of the New Jersey gross domestic product (GDP) for the preceding year is greater than the average rate of growth of the New Jersey GDP for the preceding year the minimum hourly wage rate shall be increased by $1.00.

The other point is to demonstrate, in stark mathematical reality, how modest the minimum wage is. Aside from the personal aspects that are associated with raising the minimum wage to help our fellow citizens, there are practical economic reasons to consider. While it’s true that there is a divergence on whether raising the minimum wage is good or bad for the economy, forgive me if I must side with 600 economists (including seven Nobel Laureates) who wrote to President Obama urging him to raise the federal minimum wage. The letter said: “In recent years, there have been important developments in the academic literature on the effect of increases in the minimum wage on employment, with the weight of evidence now showing that increases in the minimum wage have had little or no negative effect on the employment of minimum-wage workers, even during times of weakness in the labor market.”

Despite respected and knowledgeable economists who endorse raising the minimum wage, many myths persist about this issue, taking on the life of urban legends.

I strongly advise visiting the Department of Labor that confronts these myths directly.

However, there are two that I would like to address. The first is the myth that the public doesn’t support an increase. That is wrong. “Raising the federal minimum wage is an issue with broad popular support,” according to the U.S. Dept. of Labor (DOL). “Polls conducted since February 2013 when President Obama first called on Congress to increase the minimum wage have consistently shown that an overwhelming majority of Americans support an increase.”

The other myth is that raising the minimum wage only helps teens. Untrue. “The typical minimum wage worker is not a high school student earning weekend pocket money,” says the DOL. “In fact, 89 percent of those who would benefit from a minimum wage increase to $12 per hour are age 20 or older, and 56 percent are women.”

There also is an emotive element to this modest raise — aside from the sound economics that it endorses — which is the audience. We’re not suggesting a tax break, nor is this a handout. Indeed, it’s just the reverse. We are suggesting a modest boost to people who need it the most and typically recycle those earnings back through our economy.

I have a modest suggestion of how to convey the macroeconomics of this issue to the street level. Next time you’re in a fast-food restaurant with your son or daughter, look down at the shoes they’re wearing. Then tell your child how many hours that employee would have to work at minimum wage to pay for those shoes. It’s an eye-opener for kids and for us, well, we can do something about it. Support legislation that will raise the minimum wage in New Jersey. It makes economic sense, and it’s lending a hand to those who can use it the most. That’s my take, what’s yours?