May Is Mental Health Awareness Month 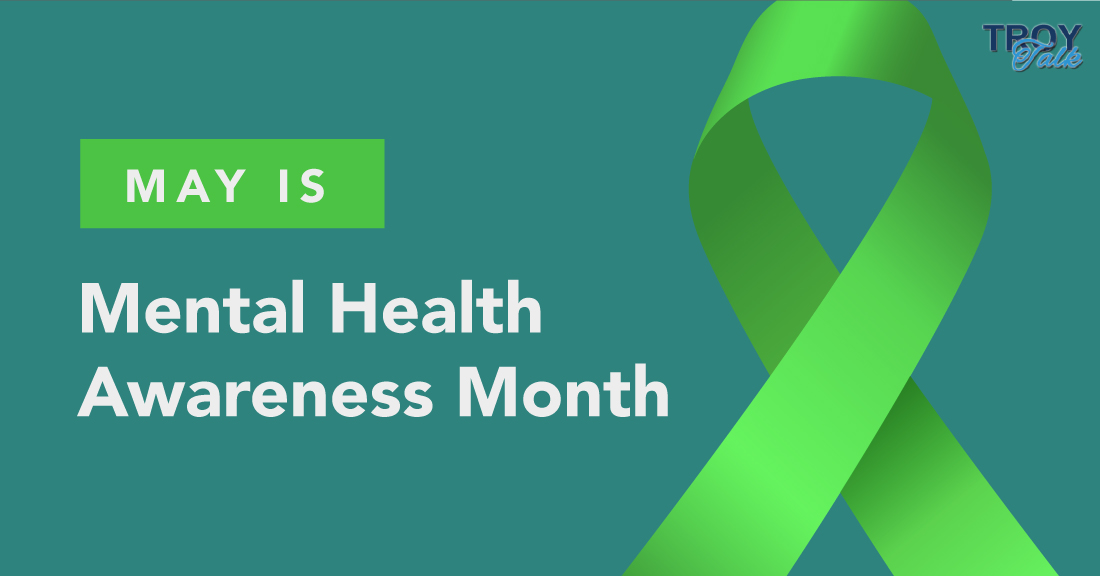 The pain is the same even if it isn’t visible. This thought occurred to me as I watched a pedestrian hobbling across the street recently and felt that empathetic twinge when you realize the discomfort that person must encounter every day.

However, there is a pain that many deal with — young and old — that disguises itself, and we only “see” it occasionally through its effect on behavior. I’m referring to the pain people suffer because of mental health issues.

May is Mental Health Month, and this is an opportune moment to draw attention to the subject. It also serves as a reminder to remove the stigma sometimes associated with mental health issues.

Mental health is essential to everyone’s overall health and well-being, and we should remind ourselves that mental health issues are treatable. So much of what we do physically impacts us mentally. It’s essential to pay attention to both your physical health and your mental health, also called behavioral health, which can help you achieve overall wellness. With that in mind, I’ve taken several legislative steps to ensure that we are making mental health a priority for all of our residents specifically in the areas of depression screening and suicide prevention.

To that end, I’ve introduced Senate Bill No. 2835, which requires boards of education to ensure that students in grades seven through 12 annually receive a health screen for depression. Depression is the most common mental health disorder among American teens and adults. But it’s not just a mental health problem. I would say it is a public health problem. Sadly, 2.8 million young people between the ages of 12-17 experience at least one major depressive episode each year. Left undiagnosed and untreated depression, can lead to self-harm or even suicide. Teenage depression has led to a 70% increase in suicides between 2006 and 2016 and is the third leading cause of death for youth between the ages of 10 and 24.

This legislation is helpful on an individual basis, but it also has a broader component to help formulate future policies related to mental health and depression among our youth.

This bill would allow for the forwarding of data collected to the Department of Education and the Department of Health to help identify trends and initiatives dealing with teenage depression. All data forwarded would not include any identifying or confidential information. This bill is particularly important to me because it protects one of the most vulnerable segments of society. Often, children are unaware they are suffering or don’t know how to ask for help. My bill would at least create a structure that might allow for a front line of intervention to provide counseling and other remedies.

Source https://www.cdc.gov/childrensmentalhealth/data.html: Centers for Disease Control based on parents’ input

In a similar vein, I have also sponsored Senate Bill No. 2030, which would establish the New Jersey Suicide Prevention Advisory Council in the Department of Health. Suicide is a difficult topic to discuss, and when it strikes a family (and friends), the consequences are devastating. This bill might appear on the surface as a bureaucratic nuance, but it fulfills an essential role. New Jersey has two separate councils that deal with suicide prevention: The New Jersey Youth Suicide Prevention Advisory Council in the Department of Children and Families, and the New Jersey Elderly Person Suicide Presentation Advisory Council in the Department of Human Services. My bill would bring the issue under one roof, promoting what I believe is an improved flow of communication and avoiding the danger of different agencies miscommunicating.

Mental health and suicides are topics that have their own particular tug of the heart. However, these bills play a vital role in identifying and assisting someone who might find themselves struggling to maintain positive mental health.

New Jersey has the second-lowest suicide rate (age-adjusted) in the United States, according to the Centers for Disease Control. https://www.cdc.gov/nchs/pressroom/sosmap/suicide-mortality/suicide.htm