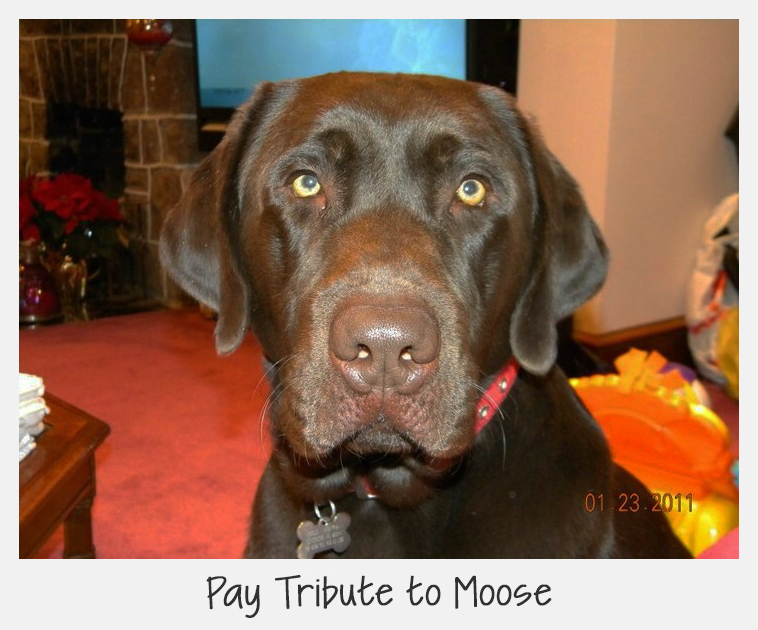 That is why I am honored that my friend, Sissy Workman, and her family allowed me to join the fight to keep the memory of their dog, Moose, alive. Moose was a 3-year -old chocolate Labrador retriever who died after a self-proclaimed animal trainer left him in a car on a hot day.

Moose’s family loved him deeply. When he disappeared, stolen by that wanna-be animal trainer, the family mounted a huge search mission, including police.

In the wake of Moose’s death, the perpetrator was eventually apprehended and sentenced to two years of probation and several thousand dollars in fines after plea-bargaining to a charge of theft and animal cruelty.

If that was the end of the story, it would be sad indeed. Shockingly, the guilty party moved to Philadelphia and launched two websites offering her services as animal trainer. (One is still “live.”)

The gall and insensitivity of someone proclaiming to care about animals after completely ignoring the most basic elements of care toward a dog (or any pet) are beyond comprehension.

Moose’s story came to my attention and after working with Sissy, I sponsored Moose’s Law. This proposal would finally offer some voice on behalf of animals and owners. It would ban, for life, ANYONE convicted of mistreating an animal from ever working in an animal-related field. It would also prohibit someone from acquiring or owning any domestic companion animal for a definitive period of time, as specified by a court.

Furthermore, the proposal would also afford all public and private animal-related institutions and businesses, from pet stores to zoos, a mechanism that would allow them to conduct a background check on potential employees. However, I wanted to go further. What happens if you have a good and thoughtful owner but for valid reasons need to find a new home for their pet? How do you know the adopting family is as conscientious as you? Moose’s Law would also create a public list that anyone can check before they sold or gave away an animal to a potential adopter.

Unfortunately, I know that Moose’s Law can’t stop abuse, but it can have a significant effect on preventing repeat offenders. We were successful in advancing this bill to the Governor's desk last session, only to see him pocket veto it. This time we have engaged more stakeholders in order to alleviate whatever apprehension that may still exist.

As September slips away, it’s worth noting that this is World Animal Remembrance Month. The month is dedicated to paying “tribute to companion animal family members; animal victims of abuse, cruelty and neglect, animals lost in natural disasters and animals killed in the line of duty.”

We constantly extoll the virtues of humankind. Why not take a moment to pay tribute to members of the animal kingdom and to ensure that we as a state protect them? After all, they share the planet with us. And, Moose’s Law is a step in the right direction. That's my take. What's yours?