Muhammad Ali: How Great Thou Art 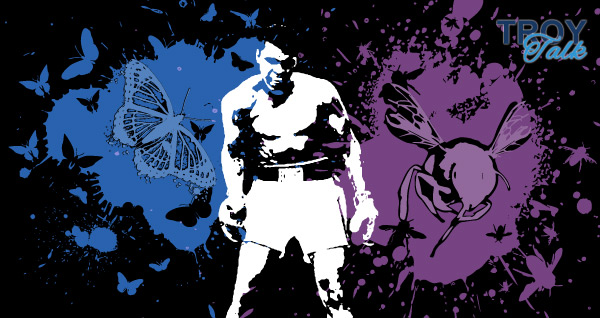 Muhammad Ali’s accomplishments as a boxer have placed him in the pantheon of the most accomplished athletes in sports history.

But, the stunning boxing accomplishments of this force of nature in the end would be overshadowed by his stature as a civil rights activist and a bona-fide worldwide cultural icon who defies description.

When Muhammad Ali died last Friday, the media was quick and unrelenting in its coverage of his life. A national network’s Saturday news broadcast took most of its air time to recap and laud his achievements. During the Copa America Centenario  in Glendale, Arizona, between Uruguay and Mexico, the pregame ceremonies halted for a moment of silence. That two foreign countries in a sport so removed from boxing would pay their respects gives you a sense of his worldwide prominence.

During Saturday’s endless media tributes, there appeared to be one constant. The glitterati of athletics, politics, Hollywood and the media would comment that whenever Muhammad Ali entered the room, all the energy swirled toward him. Even these personalities would turn into expectant children, eager to meet, talk and shake hands with The Champ. His charisma was tangible, his effervescence visible.

When Muhammad Ali knocked out Sonny Liston in 1964, his youth, brashness, good looks and gifted tongue were enough to enthrone him as the king of the boxing ring (let’s not forget he won a gold medal at the 1960 Rome Olympic games). But Ali had a larger vision and a greater purpose.

After being drafted, he refused to serve in the military because of his religious beliefs and opposition to the war. He was stripped of his title and convicted of draft evasion (which the Supreme Court would overturn). He converted to Islam and changed his name from Cassius Clay to Muhammad Ali. He only asked to be treated fairly and respectfully, the right of all Americans, and became a hero to many during the nascent civil rights movement. Even if you disagreed with or disliked him, you couldn’t help but listen to him.

When he left the ring, his sweetness, ambassador-at-large status and seemingly stoic acceptance of his Parkinson’s disease would continue to endear him to all Americans. Shaky, borderline mute, he lit the Olympic flame at the 1996 games in Atlanta. He became, as The New York Times’ obituary aptly described, “For 50 years one of the most recognizable people on the planet. In later life, Ali became something of a secular saint.” I can’t help but wonder if some of his greatness rested on the gift of allowing others to believe that they, too, could become great.

His impact as a transcendent athlete has been well documented, but I was always more drawn to his commitment outside the boxing ring to benefit humanity. An old adage says that one of the highest compliments any of us can receive is that our community was made better because we passed through. In Ali's case, the world was made better because he lived. That to me is the greatest compliment that I can give.

And after all the qualities that we attribute to Muhammad Ali, it would not be improper to allow him to have the final word. When asked the usual question about how he wanted to be remembered, The Greatest replied with the panache that we would expect from him.

“I’ll tell you how I’d like to be remembered: as a black man who won the heavyweight title and who was humorous and who treated everyone right. As a man who never looked down on those who looked up to him and who helped as many of his people as he could–financially and also in their fight for freedom, justice and equality. As a man who wouldn’t hurt his people’s dignity by doing anything that would embarrass them. As a man who tried to unite his people through the faith of Islam that he found when he listened to the Honorable Elijah Muhammad. And if all that’s asking too much, then I guess I’d settle for being remembered only as a great boxing champion who became a preacher and a champion of his people. And I wouldn’t even mind if folks forgot how pretty I was.”