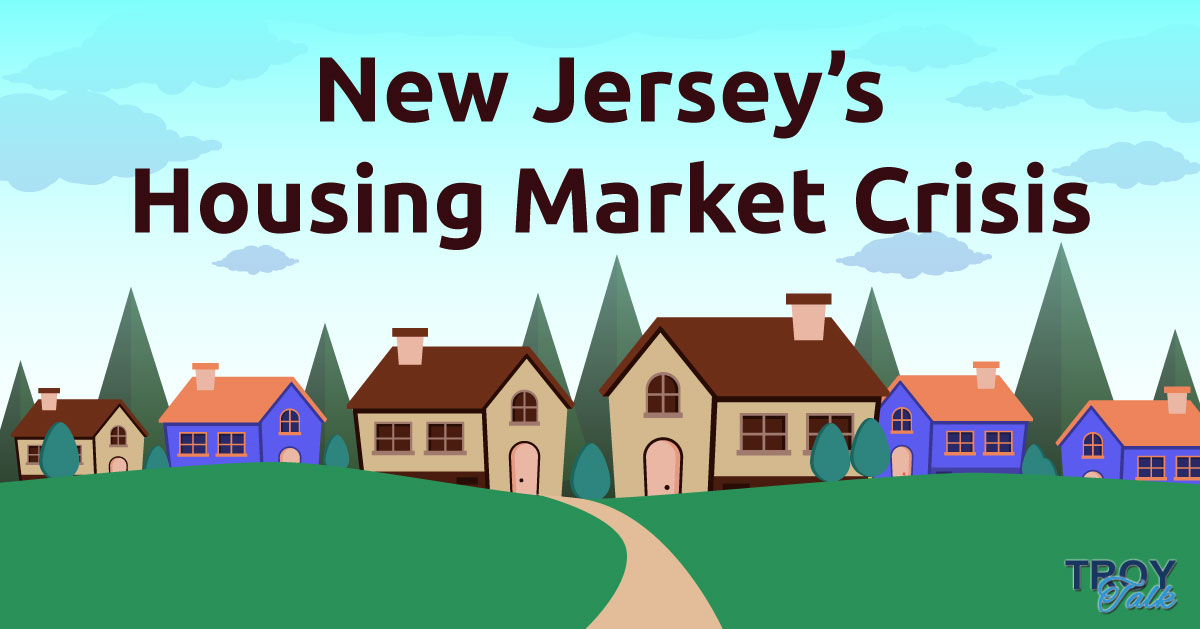 Additionally and most concerning, despite our country nationally facing a shortage of over 7 million affordable homes, the current federal administration has taken action that further threatens families’ ability to find affordable housing. National studies have shown that millions of low-to-moderate-income Americans dedicate more than half of their incomes to housing. In New Jersey, we are experiencing an affordable housing crisis and its twin, a foreclosure calamity. These two events emphasize the need for policymakers to take tangible action in increasing the supply of affordable housing in our state.

Transforming the substantial amount of vacant properties throughout the state into affordable housing units is one approach to solving this problem. Without positive and corrective action, the issue will cause other social problems such as homelessness, job loss, hunger, inequality, and poverty and stifle families’ ability to grow into participating members of the middle class.

I don’t reiterate these negative issues to fan the flames of fear, but rather to highlight what many of us already know in New Jersey. Our state has the dubious distinction of having the highest rate of foreclosures in the United States. (Even more insidious is that overall the number of foreclosures has declined from 2016 — a small comfort.) Now is the time to change the direction of both affordability and foreclosures with a workable plan.

We have to ameliorate the trend of losing one’s home with a means to diminish foreclosure rates in New Jersey. That is why I have re-introduced the “New Jersey Residential Foreclosure Transformation Act.” Originally championed by my friend and former colleague in the Legislature, Senator Ray Lesniak, the concept is straightforward. It would establish the “New Jersey Foreclosure Relief Corporation,” a temporary entity within the New Jersey Housing and Mortgage Finance Agency. It would purchase blighted and abandoned residential properties, who sit fallow on the market, from institutional lenders and designate them for occupancy as affordable housing, while adding them back to the tax rolls. This temporary arrangement would end Dec. 31, 2022.

My proposal would give local municipalities the first right of refusal to purchase the property. If disinclined to exercise this option, the bill would allow other public agencies, a community development corporation, a developer or an individual to take advantage of this option.

I have worked on this issue for years, trying to ensure that we address the foreclosure and affordable housing pieces simultaneously because of the brakes, quite honestly, it places on our state’s economic growth.

I should note that my bill outlaws regional contribution agreements (RCA). This would prevent some municipalities from giving part or all their affordable housing obligations to other others. I’m a vigorous opponent of this practice because what it does under the guise of choice is to concentrate poverty in certain communities. It is a complete contradiction to the spirit and intent of the Mount Laurel decision. I don’t intend to allow municipalities to play a shell game at the expense of those who have suffered misfortune.

There is also a personal and microeconomic problem related to foreclosures which are often topics neglected in news stories. There is a psychological and a personal price people pay with the foreclosure of their homes.

A basic truism continues to reign in our society because it represents the American dream: owning one’s home. It is where so many of our dreams for a brighter future are born and begin to take shape. I still remember that moment when I turned the key to the door of my first home. A mixture of excitement and fear gripped me, but I was proud to have accomplished this goal on my own. And, for some when you finally have a home, one of the most devastating personal losses is to lose it because of foreclosure. It robs a family of their most precious dream, it gnaws at one’s self-respect (regardless of the circumstances) and it creates an economic setback from which some never recover.

My proposal is neither a handout nor a giveaway. It is reflective of the notion that home ownership spurs productivity, creates direct and indirect employment opportunities, and is a cornerstone of the social fabric of stable communities. My goal is to create a measured and sensible approach to solving the debilitating issues of affordable housing and foreclosure. It can be done with your support.