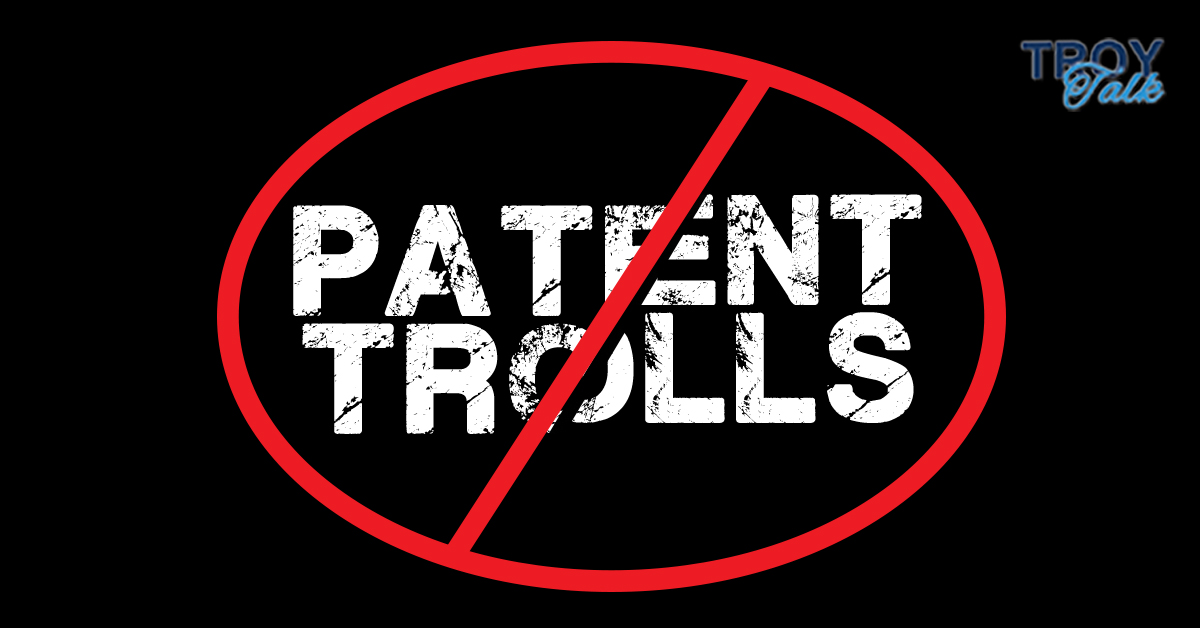 Read a business story since the digital revolution, and the word innovation usually creeps into the language. The implication is that today, unlike the past, change occurs more quickly, and we must innovate if we’re to adapt and even survive.

However, a virus has affected the business community which threatens to stifle innovation and increase costs to businesses that otherwise spend money on research and development.

I’m referring to patent trolls. These are businesses that hold vague patents and then threaten to sue companies in the hopes that they will pay a settlement fee to avoid the expensive and lengthy legal process of going to court. Going to trial can be enormously expensive. (Intellectual property attorneys charge up to $1,000 per hour.)

Let me pause for a second because there are some legitimate patent infringement cases out there. Those cases should be adjudicated in a court of law and those whose patents have been illegally compromised, should be justly compensated. However, there is a more nefarious side to this process as well.

Rebecca J. Rosen, writing in the Atlantic, captures this side of these patent trolls: “If you’re looking for a swell way to make few bucks, here’s an idea: Buy up software patents, don’t actually try and develop any products or sell anything, and then just sue people left and right for patent infringement. Congratulations. You’re a parasite.”

In the past, these patent trolls made money by suing large corporations with deep resources. Things changed in 2017 with a Supreme Court ruling which stipulated that companies who wanted to sue had to do so in the state where they reside. This was a game changer. The trolls then lowered their sights and began suing smaller companies and startups who were less prepared for the cost and time of litigation. If you have a small company of 20 people, and your court costs could run into six figures, wouldn’t it make sense to settle for $10,000?

The defense against this practice — one that 14 states have already adopted — is to place the legal cost on the party that initiates the lawsuit if they lose (as they frequently do).

My interest is in protecting the hardworking and innovative small business community in New Jersey. That’s why I have joined a bipartisan proposal that would identify a list of factors that a court may consider as evidence that a person has made a bad faith assertion of patent infringement. One factor is whether a person's demand letter claiming patent infringement does not contain the patent number; the name and address of the patent owner or owners; and factual allegations specifying the patent infringement.

This legislation aims to curb this pattern of litigation by having certain requirements in place for the company to verify a potential infringement of an actual patent. The people who file these bogus claims do so not because they have a legitimate patent infringement claim, but because they are betting on their victims settling instead of going through a time-consuming court process. This is just another way to scam people out of their hard-earned money. This would help put these scammers out of business. There are 14 states with laws against this behavior, and I'm hopeful New Jersey will join the list.

Those of us who endorse this proposal feel that it is an important first step in discouraging patent trolls from operating in New Jersey. That’s my take, what’s yours?