Poverty, the Numbers and the Real Deal 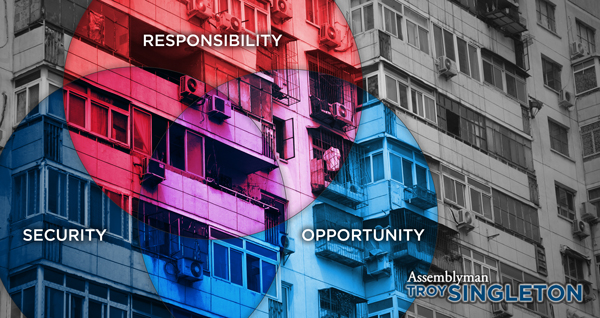 I told a friend that my next blog was going to be about poverty in America. He blinked rapidly in succession. “Big topic,” he said.

But he had a point. The immensity of the poverty issue continues to be nothing short of stunning. I confirmed this belief when I learned about the numbers.

To remain objective, I went to the U.S. Census Bureau, which told me that in 2014 (apparently the latest figures), the “official” poverty rate was 14.8 percent. The bureau noted, “Neither the poverty rate nor the number of people in poverty were statistically different from the 2013 estimates. For the fourth consecutive year, the number of people in poverty at the national level was not statistically different from the previous year’s estimates.”

Put that way, it doesn’t sound really bad, does it? Unfortunately, It’s worse. That 14.8 percent translates into 46.7 million people. It’s a breath-taking number in a country we proudly hail as the greatest, most powerful nation in the free world. Here’s another way of looking at it. The number of people who suffer under poverty is greater than the combined population of both California and Arizona.

All those superlatives about the United States might be true, but something remains dreadfully wrong when we continue to have such shattering numbers. This is truly a human tragedy whose failing robs our nation of its greatest asset, our human capital.

While everyone might be technically equal under the law, we know that those who are poverty-stricken often don’t measure up in the day-to-day interactions. Poverty drains the psyche and the well-being of those who suffer under it. This leads to a massive waste of human potential that is shackled by the bonds of poverty. Thus, denying our society the benefits of the talents and skills of those subjected to the constant strain of poverty’s grip.

But what does it really feel like? Here’s how one person (quoted in a Huffington Post piece on poverty) put it: “This is a good way to describe poverty. A NEED that cannot be met on your own. When I can't meet the basic NEEDS of our family, there is an internal struggle of shame that I must battle each day. Poverty threatens to filter my perception, robbing me of joy and hope. It rocks my stability as a parent. Financial burdens put extreme pressure on my marriage. Poverty is a reality you can't escape, as you live daily in survival mode.”

I know this shame too well. I say this because the face of poverty is not what one might expect. It is not what perhaps media sources may depict or some preconceived characterization fashioned in imagery from long ago. The face of poverty looks like yours and mine. It is captured in the face of a recent college graduate who is working a job that pays a meager wage while trying to support a young family always hoping and praying that some unexpected expense doesn’t force you under financially. It is the mother and father who have jobs, but need the Supplemental Nutrition Assistance Program (SNAP) or local food pantries so that their children will have enough to eat.  It is the family living in a crime-riddled neighborhood without the financial means to move their family at the time, but fight every day to keep them afloat until they can. That face was mine at various stages of my life and that of so many others I have known in my life. But, we shouldn’t allow these faces and their stories to end this way.

Unsurprisingly, there is no silver bullet that solves the issue. We’ve been at it a long time, and the high numbers continue to suggest that much of what we’re doing isn’t working. However, what I believe to be the cornerstone on which to build a platform to eradicate poverty focuses on three things: responsibility, opportunity, and security. The left-leaning Brookings Institute and the right-leaning American Enterprise Institute explored these values in a collaborative report issued in 2015. Here is a link to this report.

The purpose of their report was to cross political spectrums to identify the themes that enable poverty to exist, and to put forth bipartisan solutions to tackle the underpinnings of poverty and create a guide path for solving this issue. Now, you may not agree with every aspect of their approach and frankly I don't. However, finding a solution to this ongoing issue is critical for our country’s future. If our nation is to seek to maintain the moral high ground as it relates to poverty, we cannot continue to ignore our responsibility to alleviate our citizenry of its scourge.

As we move towards this election cycle and those that follow, I encourage you to use this issue as one of many measuring sticks to assess elected officials and those who seek your support. Our character as individuals and as public officials should be reflective equally in what we do to care for those who have the least amongst us, as we do for those who do not need our help. I believe that elected leaders who advance measures to reduce poverty will ultimately prevail in this ongoing fight. And I constantly remind my friends, supporters, and even my adversaries that when we help lift up those who need our help the most, ultimately we elevate our society, our economy and ourselves to greater heights. That’s my take, what’s yours?