Predatory Lending: The Public Loan Sharks of the Lending Industry 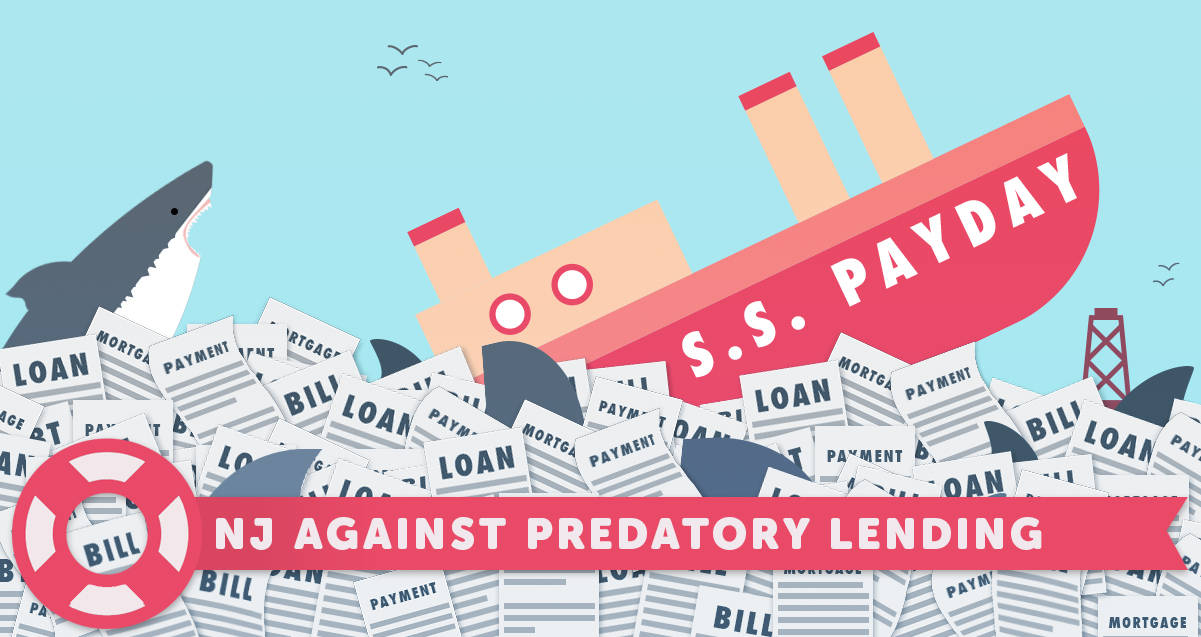 Some years back, Pulitzer Prize-winning journalist Jimmy Breslin wrote a book entitled, “How the Good Guys Finally Won,” which took to task members of the Nixon administration during Watergate.

The subject is different, but the title of this blog captures the spirit of the moment: The Good Guys (that’s you, the citizens of New Jersey) finally have a victory against some of the most despicable companies in operation throughout most of the United States. These are predatory lenders who participate in what is often called “payday loans.”

Just what is predatory lending? Allow debt.org to answer:  “Predatory lending is any lending practice that imposes unfair or abusive loan terms on a borrower. It is also any practice that convinces a borrower to accept unfair terms through deceptive, coercive, exploitative or unscrupulous actions for a loan that a borrower doesn’t need, doesn’t want or can’t afford.”

The most unfortunate aspect of predatory lending is that it targets the elderly, minorities, the less educated and those hard-working citizens who might have no or low credit ratings. These borrowers are often clueless about financing, loans or interest rates. They borrow to get through to the next paycheck, only to stay on the hamster wheel of debt, borrowing again and again to pay for the loan due now.

Five states have banned or capped all predatory loans: Connecticut, New Jersey, New York, North Carolina and Pennsylvania. However, until I, and other concerned community organizations such as the NAACP and NJ Citizen Action amongst others, raised the issue New Jersey had held a $50 million stake in a pension fund that had invested in ACE Cash Express, a Texas-based payday lender whose business model would be illegal in New Jersey.

To give you a sense of how New Jersey operates, our state caps interest rates at 30 percent. ACE’s interest rates ranges from 65 percent to a whopping 1,000 percent-plus. If this were a movie about the organized crime, we would call it loansharking.

I urged our State Investment Council to disinvest the money invested by the pension fund in a business that cannot legally operate in New Jersey. I think it is morally reprehensible that we would have a stake—part ownership, if you will—in a business and industry with such an unsavory practice. What added fuel to my actions is ACE’s dubious track record!

According to news reports, in 2014 the government levied a $5 million fine against ACE for using intimidating tactics, including harassment and false legal threats. ACE also had to refund $5 million.

I was pleased to learn that recently the State Investment Council had completed a full withdrawal of all state resources invested in ACE. The Chairman of the State Investment Council, Tom Byrne, and I engaged in a dialogue on this topic and true to his word worked to disinvest New Jersey investments from this fund. This is an important move on New Jersey’s part, one that represents a victory for hardworking families everywhere. (I should note that the announcement came just as our New Jersey General Assembly was focusing on hearings to address the issue of poverty in our state.)

Using the word morality when associated with capitalism probably raises some quizzical looks. After all, if it isn’t technically illegal, it’s OK right? Not quite. Even in the business world, when a company allegedly maintains the letter of the law, there is the issue of the common good, a premise that goes back to both our constitution and the faith-based believers in our society.

That a business practice takes such overpowering advantage of those who are less fortunate, hit a road block or are financial novices and then keep them there (by creating a new loan to pay for the old one) smacks of financial bondage. I am proud that New Jersey is one of the few states that have taken a definitive stance in this regard.

A word of advice to my readers who might consider using these companies by crossing state lines. Don’t! Don’t become a prisoner of their practices. You should be vigilant if anyone offers you a financial arrangement that seems too good to be true, because it probably is. If you have financial difficulties, a good starting point is http://www.state.nj.us/dobi/division_consumers/finance/counselors.html.

Working together we were able to protect New Jersey’s financial investments and ensure without compromising our moral compass. That’s my take, what’s yours?