Preparing For A Financial Rainy Day 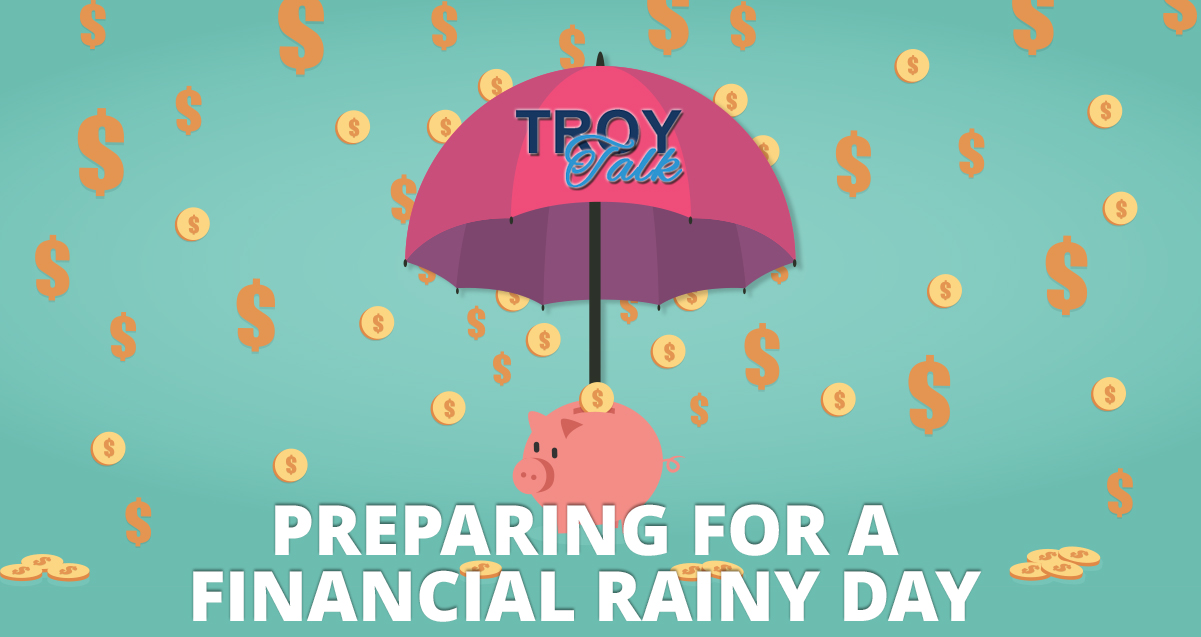 The difficulty with complicated economic issues is that many of us find it difficult to see the relationship between a major fiscal policy and its impact on our own pocketbook.

Rainy day funds are an exception. I believe we all fundamentally understand this concept.

Let’s assume that you’ve set money aside for a long weekend at the shore in late August. The day before you leave, your air conditioning unit breaks, and the HVAC technician comes out and quotes a $900 repair. Do you still go on vacation? If you’ve been prudent, you dip into your savings (You always keep the equivalent of three month’s living expenses, right???), write the check and enjoy your vacation.

But what if you’ve been imprudent? What if you haven’t been saving money or if all you’ve saved is $300? You have a shortfall, and the fiscal problem is apparent.

Taking my simple example and expanding it to a broad, statewide scenario is a way of expressing the need for a rainy day fund.

In its simplest form, the rainy day account would be a safety net account during economic hard times.

This is why I have supported and sponsored legislation, A-324, to create a rainy day fund for New Jersey. Every state faces periods of revenue volatility. This is more pronounced in states like New Jersey that have such a large dependence on a relatively small number of taxpayers. Our proximity to our nation’s financial center means that a lot of New Jersey residents work in this industry, and as the market moves, the financial bottom line of these high net worth earners has a material effect on our state’s tax collections. This coupled with often unforeseen turns and trends in national economic factors and tax policy changes beyond New Jersey's domain, can lead to wild variances in revenue.

Fiscal fluctuations can make it difficult for policymakers to meet the budgetary goals as they relate to tax relief and programmatic spending. It’s that very reason that spurred me to introduce this proposal. This initiative to have New Jersey create a rainy day fund, will allow our state to build reserves in good times to meet the fiscal challenges we face during difficult ones.

You’re wondering, of course, how helpful are rainy day funds, and do they actually make a difference?

Here is an example of what occurs in “bad times” and the impact on citizens like you. In a paper written for the Center for American Progress, Harry Stein and Laura Pontari write, “As a result of the Great Recession states across the country suffered from a collective $110 billion [my emphasis] budget gap during FY 2009.

“According to the Center on Budget and Policy Priorities, in the aftermath of the Great Recession, 31 states cut public health, 29 states cut care for the elderly and disabled, 34 states cut K-12 education, and 43 states cut higher education. Many of these cuts disproportionately affected the nation’s most vulnerable populations and undermined key drivers of economic growth. Rainy day funds have the ability to support a variety of programs. They can serve as a safety net for social service programs, just as they serve as a safety net for struggling Americans.”

For example, our Property Tax Relief Fund has been subjected to wide swings, and even the best estimates by experts can be off the mark when budgeting. A recent example is the failure of state budgets to distribute Homestead Benefits for more than 18 months that included all of 2014.

My proposal intends to add some order and added predictability to this process. The proposed rainy day fund would place unanticipated gross income tax into a reserve fund that would allow the state to draw upon it when circumstances dictate. This money would only be used with approval from the state legislature.

From a fiscal standpoint, there is an essential truism that we see regarding finances, both personal and governmental. We have some good years and some unpleasant ones. By taking this sensible approach when we have a down year, we can minimize the pain.