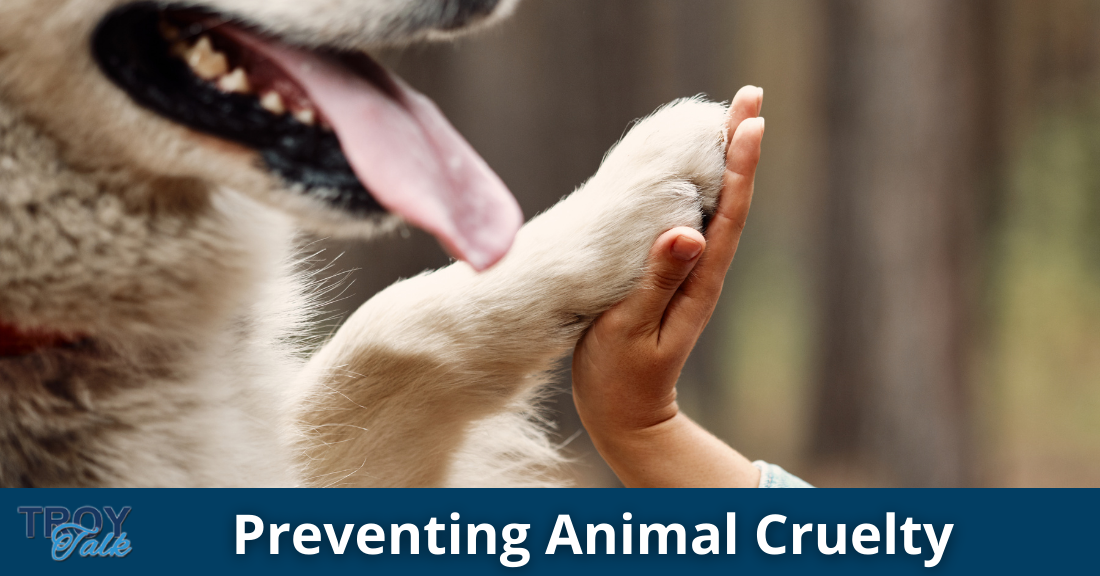 If our household has a member who doesn't quite "speak" to us, it must be our pets, whom we love and treat as equal family members. I have a friend who used to say, "It's only a dog," until he brought home a beagle. Then, he finally understood how deep the bond was and that pet was no longer “just a dog.”

During April's National Prevention of Cruelty to Animals Month, this attachment to our pets becomes strikingly clear.

The American Society for the Prevention of Cruelty to Animals was the first organization to protect animals in North America and is one of the largest in the world. It started this awareness month in 2006 in keeping with its mission to remind us "that animals are entitled to kind and respectful treatment at the hands of humans and must be protected under the law."

I agree with those sentiments and have made it one of my legislative priorities to protect those who cannot protect themselves, and to prevent cruelty toward animals.

Senate Bill No. 975 establishes trunk fighting as an animal cruelty offense and crime of the third degree. It makes it unlawful to engage in, facilitate, or provide the means to engage in trunk fighting. Trunk fighting means the practice of enclosing two or more animals in the trunk or any part of a motor vehicle for the purpose of the animals attacking each other and possibly fighting until one or more of the animals are dead. Conduct of this type, which epitomizes unimaginable cruelty, is reprehensible to people in a civilized society, and as a sponsor of the bill, I am pleased to announce that the New Jersey legislature passed this bill and the Governor signed it into law last year.

While this law gratifies me, we can do more, and that's why I have continued to work at passing laws that seek to eliminate animal cruelty. These include:

Senate Bill No. 333, dubbed "Moose's Law," prohibits persons convicted of criminal animal cruelty offenses from owning domestic companion animals and from working or volunteering at animal-related enterprises; and establishes a presumption against pretrial intervention for certain persons. Moose was the name of a dog that a miscreant enticed from its property by an alleged animal trainer and killed and serves as a symbol of our efforts to protect animals from harm. The idea is clear. If a person has a conviction under any animal cruelty statutes, they will not be permitted to own or work (for pay or as a volunteer) in an animal-related setting. This bill passed the Senate Environment Committee last month.

Senate Bill No. 1803 is another bill we need but is unfamiliar to many citizens. This bill prohibits someone from performing an onychectomy (declawing) of a cat unless a licensed veterinarian does it for valid medical reasons. An onychectomy involves amputating the last bone of each toe on a cat's paw with a scalpel, guillotine, or laser. These reasons might include infection, illness, injury or abnormal conditions where the claw might endanger the cat's health. These reasons are valid, but some people declaw their cats for cosmetic or aesthetic reasons only as a convenience for keeping and handling them. These are invalid, and any person who violates these provisions would be guilty of a disorderly persons offense and face a fine of up to $1,000, a six-month prison sentence or both. The bill would also impose a civil penalty of between $500 and $2,000.

Our pets, such as my cat Kingsley, can't speak for themselves, and it is our responsibility both as legislators and citizens to ensure that we speak for them. This begins by ensuring that we have the laws that protect them. And as owners, we should provide them with the love and care they deserve and which they return to us manifold.