Protecting the Elderly from Financial Exploitation 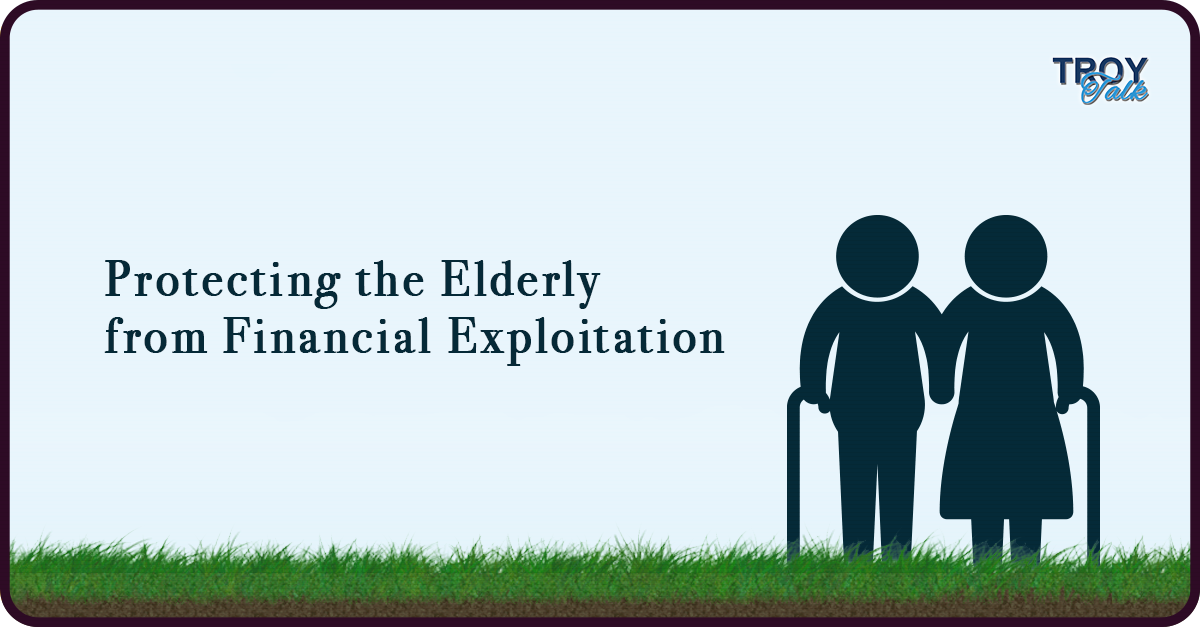 The language describing the financial abuse of the elderly is direct and explosive: “Rampant, largely invisible, expensive and lethal” is how Kathleen Quinn, executive director of the National Adult Protective Services described it at a recent Senate Special Committee on Aging. You can watch the debate at http://1.usa.gov/1BV0R4R.

According to many experts, people taking financial advantage of the elderly is becoming a growing problem. One that could potentially affect you or someone you know some day. Perpetrators of this crime target one of the most vulnerable population groups in our society, which is what makes the crime so egregious. With a graying population, we can expect, unfortunately, for this number to increase, and this is why it is more important than ever to create meaningful deterrents now.

I introduced a proposal, A-2461, which makes it a crime for anyone who would financially exploit the elderly to serve that purpose. Financial crimes of the elderly are under-recognized criminal acts with devastating consequences for our most vulnerable residents. We will not stand for it in New Jersey. This legislation strengthens the law to punish those who exploit our seniors. I want any transgressor or even those who might consider such a sordid activity to know that we intend to protect our elderly in New Jersey. I want to emphasize that there will be serious consequences for this type of misconduct.

There are a number of reasons why crimes against the elderly are particularly pernicious and why some refer to it as a “slippery” crime.  First, while the numbers of victims vary (and many would argue that it is far larger than those we generally see), the elderly rarely have a second chance to recoup their lost money. If you are a 35-year-old and fall victim to a financial crime, there is at least in theory, enough time to overcome your lost. Presumably, you still have a long working career ahead of you. But if you are a 65-year-old retiree, how can you possibly recoup it? Even if you have the desire, circumstances are not in your favor.

Just how prevalent and expensive is this crime? Statistics vary. However, one well-known study, the 2010 Investor Protection Fraud Survey, says that one in five Americans over 65 have been a victim.  And the cost is staggering. Estimates vary from a shocking $3.9 billion to $36.5 billion annually. These are huge numbers, but on a personal level, even a modest figure can result in utter financial devastation for the elderly and their families.

There is also the issue of why this is a difficult crime to control and prosecute. Unsurprisingly, the elderly or their children are reluctant to report the crime, according to Julie McEvoy, a U.S. deputy associate attorney general. Also, some experts believe that a portion of these cases can be linked to the “cognitive deficiencies” or dementia in some elderly citizens. Plainly put, they don’t even know they’ve been scammed. The last component is the lack of knowledge among those who would offer protection. “There’s a lack of dedicated law enforcement and prosecution units of people with expertise in these complex cases,” according to Marie-Therese Connolly, an elder abuse expert and senior scholar at the Woodrow Wilson Institute for Scholars.

With these difficult outcomes, how can we not protect our seniors? I come from a close-knit family and am fundamentally committed to the protections that we need to offer those in life’s infancy and in their golden years.  The legislation that I have introduced is essential because we need a broad umbrella of protection. The elderly have already contributed a great deal to New Jersey. It is both our duty and privilege to ensure that in their later years, we employ the necessary safeguards to shield them against the threat of financial exploitation. That’s my take. What’s yours?

You can watch the debate on the at http://www.aging.senate.gov/hearings/broken-trust_combating-financial-exploitation-of-vulnerable-seniors