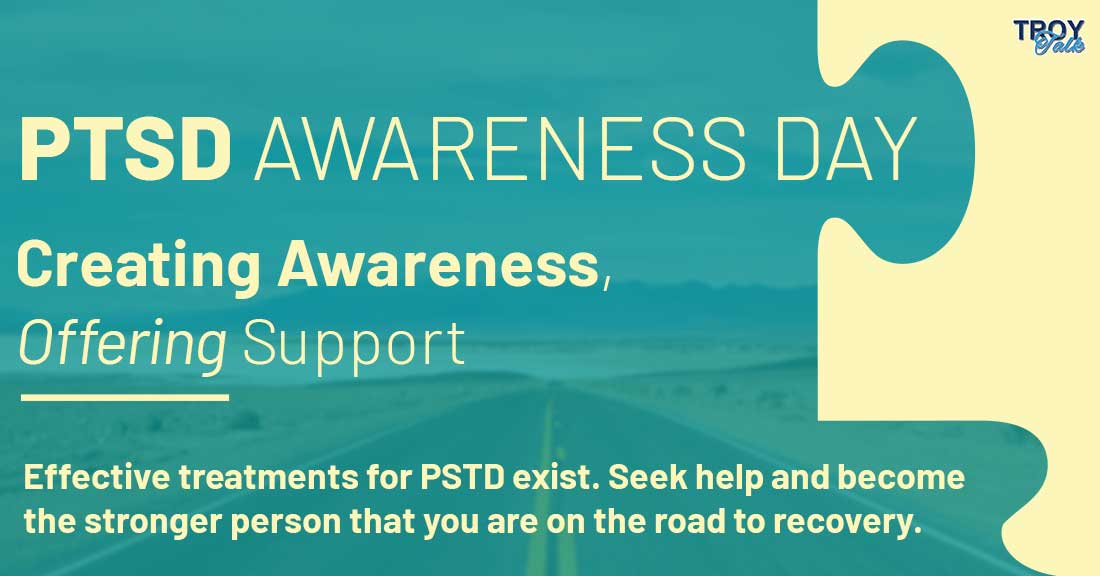 We often associate PTSD with the after effects experienced by soldiers who served in combat areas. While that is often the case, it also occurs in victims of violent crimes, sexual assault, auto accidents, abuse, or natural disasters.

In short, individuals who encounter overwhelming stress are affected, and if they do not have treatment, even more problems can arise.

Raising awareness and offering support are vitally important. The difficulty with PTSD is that on the surface, symptoms are often not readily apparent. It isn’t a physical wound but a deep, sometimes long-lasting emotional pain that doesn’t go away.

Most people who face a high-stress situation don’t automatically suffer from PTSD. It is a matter of diagnosing the disease, and this usually occurs after an initial screening by a mental health professional who asks a few questions.

After assessing the answers, a professional therapist is better prepared to suggest further counseling should a person exhibit PTSD. We should also realize that children can also suffer from PTSD.

Do you suffer from PSTD? The questionnaire at the end of this blog should point you in the right direction.

If you suspect a problem or if you are unsure, do NOT hesitate to seek out a mental health professional who can help. Problems related to PSTD include anger, depression, chronic pain, sleep problems, substance misuse and suicide. And PTSD affects not only the individual but also friends and family. I strongly urge you to visit https://bit.ly/2sn2ESJ.

It is vitally important not to regard the need for help, advice, and treatment as a sign that you are weak. Allow me to be blunt: It is not a sign of weakness but a signal that you want to heal. If you broke a leg, you wouldn’t hesitate to see a doctor. Why is being emotionally wounded any different?

Effective treatments for PSTD exist. Seek help and become the stronger person that you are on the road to recovery.

What Are the Symptoms of PTSD?
PTSD symptoms usually start soon after the traumatic event, but they may not appear until months or years later. They also may come and go over many years. If the symptoms last longer than four weeks, cause you great distress, or interfere with your work or home life, you might have PTSD.

There are four types of PTSD symptoms, but they may not be exactly the same for everyone. Each person experiences symptoms in their own way.