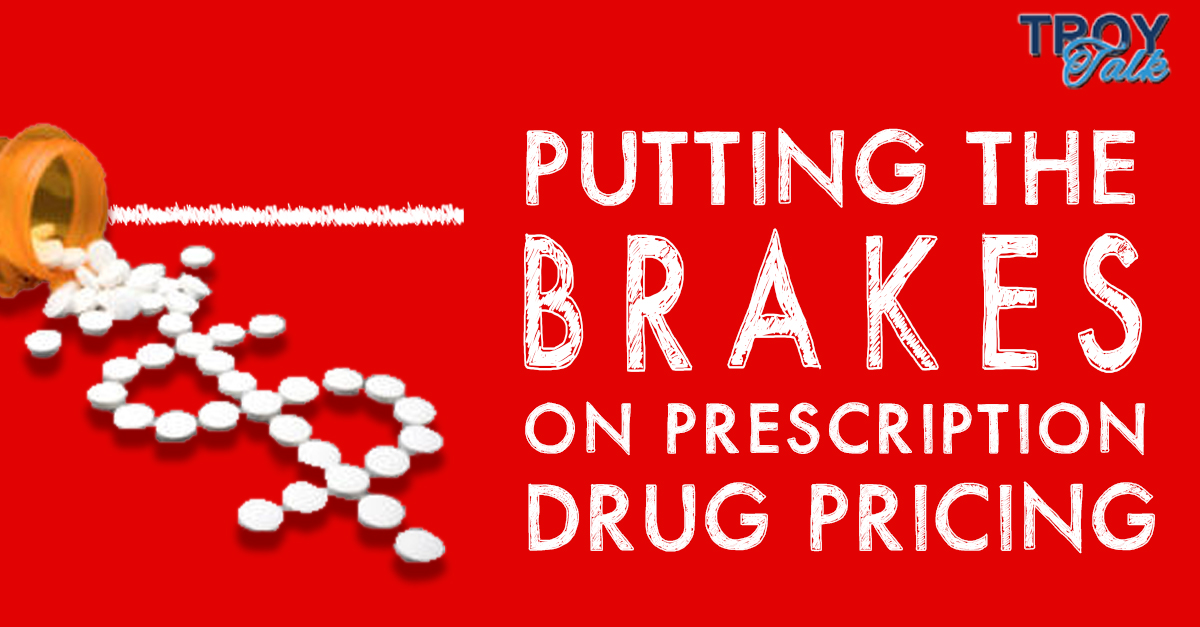 One of the most gut-wrenching and sobering moments of my time as a legislator happened to me a few months ago when I visited one of our district’s senior day programs. I sat in with some of my bosses and listened as many talked about how the escalating price of prescription drugs was forcing them to make a Hobson’s choice between paying for their medicines or going without. Now, we all know that prescription drug prices in our country are rising at an unprecedented and unsustainable rate. And, the numbers as to how bad it’s gotten are staggering.

For instance, prescription drug prices increased an average of 12.6 percent in 2014 and 10 percent in 2015. In 2015, 16.7 percent of healthcare spending in the U.S. went to prescription drugs, compared with about 7 percent in the 1990s. This has dramatically hurt the financial bottom line of many American families. One in four Americans who regularly take prescription drugs report that they are paying more for their prescription drugs today than a year ago. Furthermore, many are now paying at least $50 more out-of-pocket for the same prescription they had last year, and the clear majority received no notification in advance that their costs would go up.

As I stated earlier, this has forced many families (both young and old) to choose between filling their prescription or buying food, paying rent or in many instances simply going broke just because they have the misfortune of being sick. And, as we rely on newer, more effective medicines, the price of those medicines will continue to be an even more urgent concern for people and policymakers on both the state and federal levels.

It's long past time to do something about the burden before the pricing squeeze explodes into a crisis. My staff and I are reviewing several alternatives that might lessen the impact of this pricing storm on New Jersey families. Some options we are studying are:

To put all of this in context, seven out of ten Americans take at least one prescription drug, and about 50 percent take at least two drugs, according to the renowned Mayo Clinic. This means that either you are taking a prescription drug or we can safely assume that someone close to you does. And because the price of drugs keeps rising, it affects everyone. These initiatives alone won’t fix the problem of the high cost of prescription drugs but, taking in combination with an initiative like allowing Medicare to directly negotiate drug prices, can provide a workable guidepath to reduced costs.

The richest nation on earth, with some of the best healthcare available, can certainly devise a system that protects the health of its citizens in a fashion that is prudent with our nation’s pocketbook in mind. That’s my take, what’s yours?