Reaching The Golden Years With Confidence 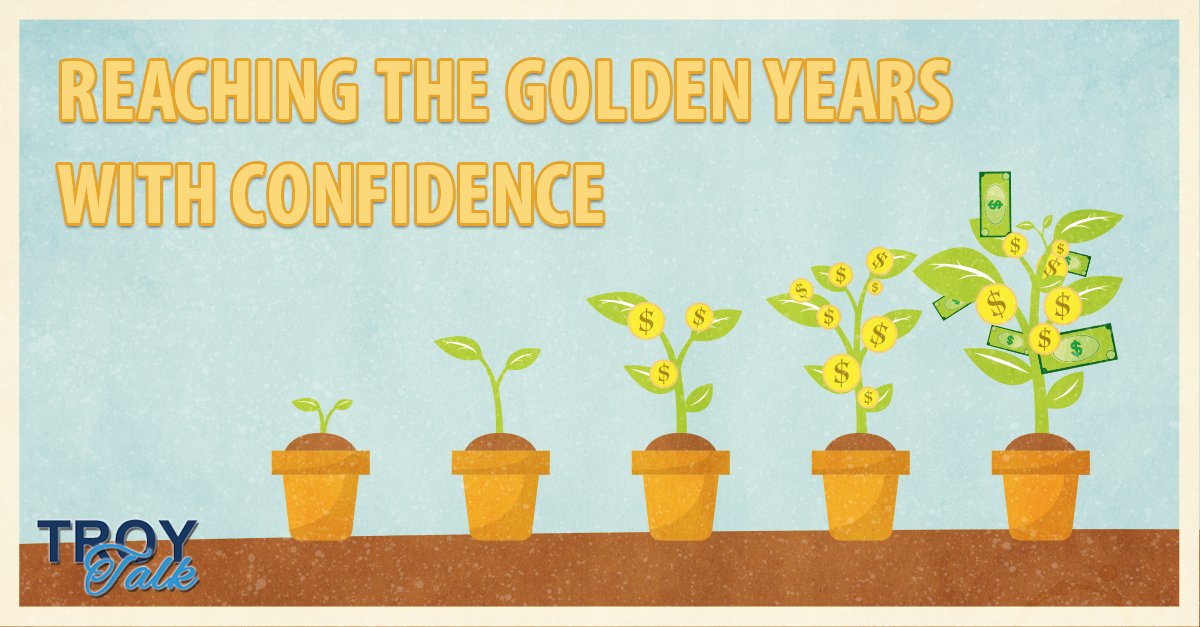 It's a sad truth. Most Americans don't save enough for retirement. Studies by the United States Bureau of Labor show that the majority of workers do not have a retirement savings plan through their employer, and less than 10 percent of all workers contribute to a plan outside of work. It's a discomforting thought, and it's an economic punch that people will have to live with — day by day — during a period that is supposed to be their "golden years."

Further, with the tidal wave of baby boomers approaching that retirement wall, they are bracing for a barrier that translates into serious economic pain. Complicating this dilemma even further is if you’re a worker in the lower section of earners that pain will be excruciating.

Only 40 percent of private sector workers with wages in the lowest quarter of earners have a retirement program through their employer or union. While these pronouncements seem grim — and they are — at least half of all states are studying or already committed to creating a plan that could offer some security for the private sector and nonprofit workers. Indeed, New Jersey is among the progressive states (along with Massachusetts, Oregon, and Washington) that have initiated such a program.

Let’s remember that three sources generally provide retirement money: Social Security, individual savings (or earnings) and workplace retirement plans. There is no quick fix for this issue, but there are steps that we can take which hopefully smooth some of the discomforts. Policy tools at the government’s disposal currently exist to help Americans save for retirement. Ideas such as offering tax breaks to incentivize saving or setting up a retirement plan or providing heightened consumer protections for retirement plan participants serve as mechanisms to guard against a future of no retirement protection.

That said, more can be done. With these sobering facts in mind, I am working on a proposal that seeks to lessen this burden. The focus of my proposal would be to increase retirement savings and reduce poverty among retirees so they can support themselves without relying on social assistance programs, which with the aging of our population can place an enormous strain on state budgets. Additional goals of the proposal would be to impose minimal burdens on employers, be cost-effective, sustainable and protect employee retirement savings. My idea would be to create a Garden State Multiple Employer Plan (MEP).

The Garden State MEP would:

(1)be a 401(k)-type plan, defined benefit plan, or other tax-favored retirement plan;

(2)be open to all employers in the State on a voluntary basis by combining contributions from many workplaces and investment returns in a single asset pool.

(3)be subject to all requirements that apply to a plan described in section 210(a) of ERISA (Employee Retirement Income Security Act);

(4)provide for the ability to opt out for all employees of an employer participating in the plan, if the plan provides for automatic enrollment.

The ERISA component of the plan is particularly important because it provides a security blanket over the entire process. ERISA is a federal law that oversees the regulation of employee benefit plans, including retirement and health plans. It does so by providing transparency and protects against misuse.

Further transparency would occur because my proposal calls for the creation of an information packet with all the appropriate literature about the Garden State MEP. Additionally, we would have a website that would provide employees and employers with information about how they could participate in the program, while encouraging financial literacy. While the ultimate details of the MEP will need some fine-tuning reserved for the regulatory process, my proposal provides the impetus and the overall structure of a system that safeguards working people who don’t have the security of a pension system.

As a legislator, I fully understand that economic change doesn’t occur either easily or quickly. But the clock ticks every day for New Jerseyans as they age, and I believe that we must take the initiative now. To do nothing is to be, frankly, irresponsible. I have looked at this issue carefully and am confident that we can lay a workable foundation for those who will enter retirement age. My plan is a serious, sensible effort that provides freedom of choice. However, I believe it is a good choice to which our residents should give serious consideration.

The Pew Charitable Trust, in a recent study on this subject, concluded that, “Many Americans face the prospect of inadequate retirement savings, mainly because they lack access to an employer-sponsored retirement savings program. To address this issue, states are proposing a variety of reforms and early indications are that they can feasibly implement retirement savings programs. Given the range of possible approaches, policymakers will have to identify and set priorities that balance competing risks and trade-offs.” The Garden State MEP meets the needs and concerns raised by the Pew Trust. It would offer a safe harbor to many of our citizens who lack any retirement security.