Reinvesting In Our Human Capital 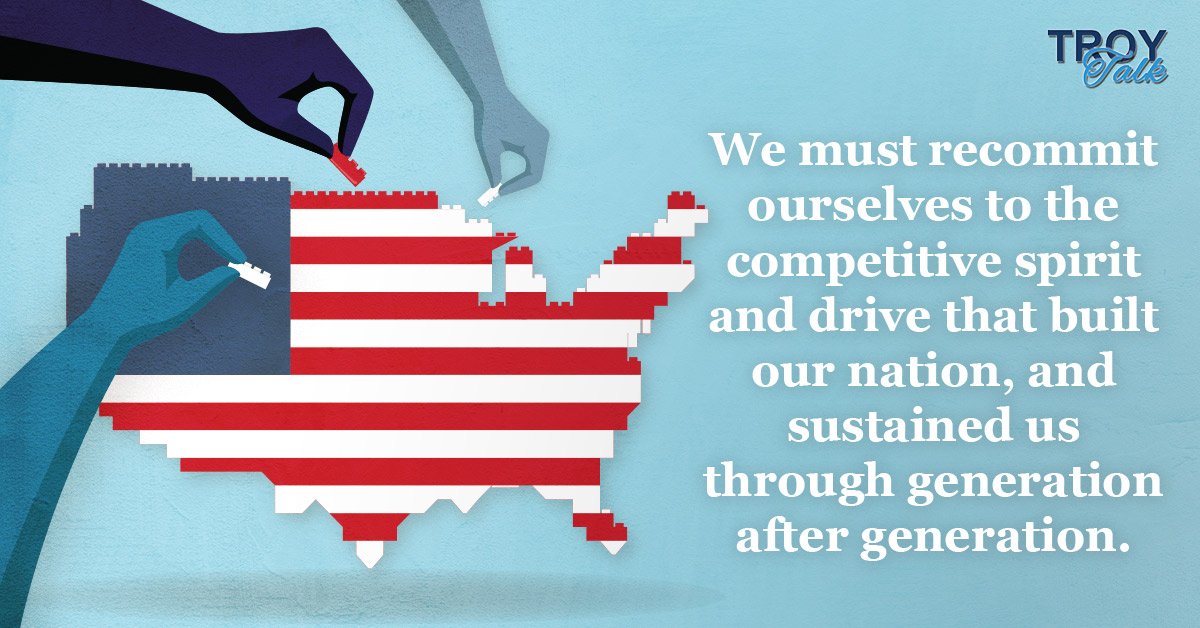 As we approach Labor Day, we are reminded that the current state of the American worker and the job market is in a turbulent period. Newspaper headlines and political leaders like to tout reduced unemployment figures, but hidden within those flashy headlines is the fact that too many people are still under employed, having to work multiple jobs to make ends meet or simply only able to find part-time employment if at all. Also, with the participation in the job force, as measured by the U.S. Department of Labor, at the lowest numbers in decades we are given a false sense that our nation’s employment situation isn’t that bad. Unfortunately, it is.

The problem caused by the dearth of good jobs in numerous job sectors is exacerbated by the skills gap necessary to fill those in-demand occupations. This is further compounded by the fact that many of those positions didn’t even exist a decade or so ago. Meeting this need is essential to moving our economy and worker success forward. Additionally, this not only has economic consequences, but has a far reaching impact into our political world as well. The fact that the demand for good jobs far exceeds the supply is a real threat to political stability. This instability often leads to frustration, lethargy and disenchantment with the political process and a lack of focus and attention by political leaders to addressing the very real issue, of inequality in economic opportunity.

Currently, the Democratic Party faces this dilemma on a national level as they try to demonstrate credibility on an economic message, and reclaim the votes of people in areas of the country where the party once was dominant. However, both political parties’ focus in this area should be uncomplicated. If either can develop an economic agenda that is forward-thinking, which allows innovation to advance and ignites investment in our nation’s greatest natural resource -- our human capital – they will be rewarded by the voters. Further, by advancing programs and initiatives that prepare our workforce to meet the needs of the jobs of tomorrow that agenda can lead our economy towards a sustained path of inclusive economic prosperity.

This is where both of the major political parties, have lost their way. Many in our country feel that both the political and economic establishments have left them and their economic fortunes behind. A good job can define one’s relationship with their neighborhood and their country. Numerous psychological studies have shown that most individuals, who are un- or underemployed, have a lesser sense of themselves and their place in our broader society. As President Ronald Reagan once famously said, "The best social program is a job." That statement still rings true today.

People all across our country and from every political perspective feel that the economy is tilted against them. This makes the ability to find a good paying job more constrained than at almost any period in our country’s history. When I sit down in diners, community forums or in church halls after services to talk with the men and women whom I am privileged to represent, the frustration and anger is palpable. Those discussions lament that no one is looking out for the American worker anymore. That as automation and technological advances have exploded productivity, we have not taken the time to bring the workforce, and their individual economic fortunes, along with it. That was never the promise of the American Dream.

As the son of a union Teamster, I was always preached to by my father that the beauty of our country lies in the notion that hard work and ingenuity would be rewarded with an honest wage and an opportunity for financial and personal growth. Sadly, this no longer seems to be the case. Nowadays, the scarcity of opportunity (both economic and employment) is one of the biggest culprits of income inequality in our country. This leads to the men and women of our nation feeling that politicians have sacrificed their financial futures for their own political gain. And, rather than nip around the edges at what needs to be done to address it, we are long past the time to correct this imbalance.

So, what do we do? Our focus has to be on creating an environment where good jobs can flourish again. This means ensuring a corporate tax and regulatory structure that supports job growth and rewards companies for keeping jobs in our country rather than sending them abroad. We also need to invest in workforce development initiatives, like apprenticeship programs, that train our citizens for the jobs available and the ones we want to grow. It also means removing obstacles that prevent every segment of our society from fully participating in the growth of our economy. We have to continue to stress the important point that, by increasing employee wages, we should not be forced into a binary choice of employers decreasing their profit margin as a result.

Our nation’s workforce has built this country through periods of peace and prosperity. Investing in its future is not only patriotic, but also makes economic sense. While the current economic environment may seem dark to many now, we shouldn’t lose hope. Our detractors across the globe may feel emboldened by the current state of affairs in our nation but that will not remain. We must recommit ourselves to the competitive spirit and drive that built our nation, and sustained us through generation after generation. And, as we mark this upcoming Labor Day, let us honor the worker with more than mere words, but with an agenda that puts the American Dream of a good job back within their reach. That’s my take. What’s yours?