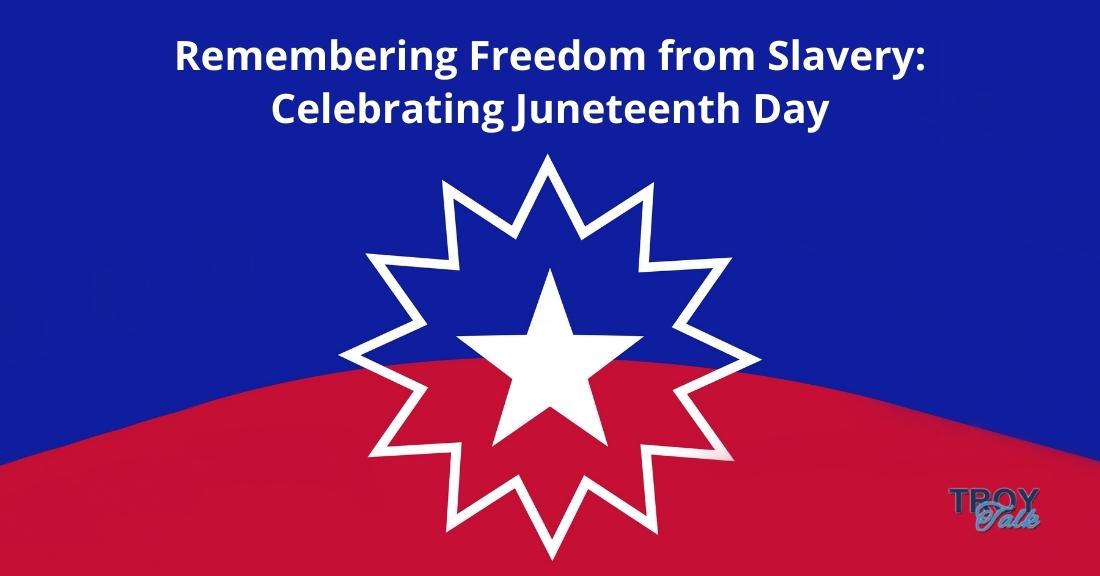 It's "new," it's appropriate and it's needed: Let's Celebrate Juneteenth Day.

Two years ago, Gov. Phil Murphy signed legislation into law which designates the third Friday in June as a state and public holiday, known as Juneteenth Day. Juneteenth Day celebrates the end of slavery in the United States.

"While Juneteenth is celebrated to mark the end of slavery, we must use this day to take stock of where we are as a nation in achieving true equality for all Americans, especially the Black and Brown Americans who have lived with the vestiges of systemic racism," Murphy said in a news report.

Various states have observed the holiday, but it gained prominence after George Floyd's death and the expanding Black Lives Matter protests across the country.

It is the oldest commemoration of the release from slavery in the United States.

The celebratory practice began in Galveston, Texas, on June 18, 1865, with General Order No. 3 issued by General Gordon Granger:

"The people of Texas are informed that in accordance with a Proclamation from the Executive of the United States, all slaves are free. This involves an absolute equality of rights and rights of property between former masters and slaves, and the connection heretofore existing between them becomes that between employer and hired laborer."

It is estimated that Order No. 3 affected about 200,000 people and served as a punctuation point that there was no more slavery in the United States.

While the order was fitting, the unfortunate disgrace is that President Lincoln had already freed African Americans with his Emancipation Proclamation on Jan. 1, 1863. In retrospect, both tragic and sad is that those Texans and U.S. citizens hadn't known they had been set free.

All states except South Dakota celebrate Juneteenth, and six states – Texas, Massachusetts, New York, Virginia, Washington and Oregon – have made it a legal holiday, allowing workers to get a day off with pay.

Some might ask why does it matter? Slavery has vanished, everyone is free, and do we really need another holiday?

The answer is yes, we need Juneteenth to remind us not only of one of the most reprehensible chapters in American history but also of those vestiges of that history that remain.

"Juneteenth is a reminder that centuries later, not all of us are treated equally and that freedom and democracy are not a given. Our fight for civil rights and freedom from discrimination and oppression continues today," said Lt. Governor Sheila Oliver, who serves as Commissioner of the Department of Community Affairs. "Now, Juneteenth will forever be observed and celebrated so that we can collectively reflect upon the indelible mark that slavery has left on our country as we fight for meaningful reforms."

Juneteenth Day should remind us to work toward equal access to all the basic elements of society, from education and health care to jobs and justice. And doing so makes Juneteenth Day as relevant today as it was in 1865.