Repeating The Insanity Of The War On Drugs 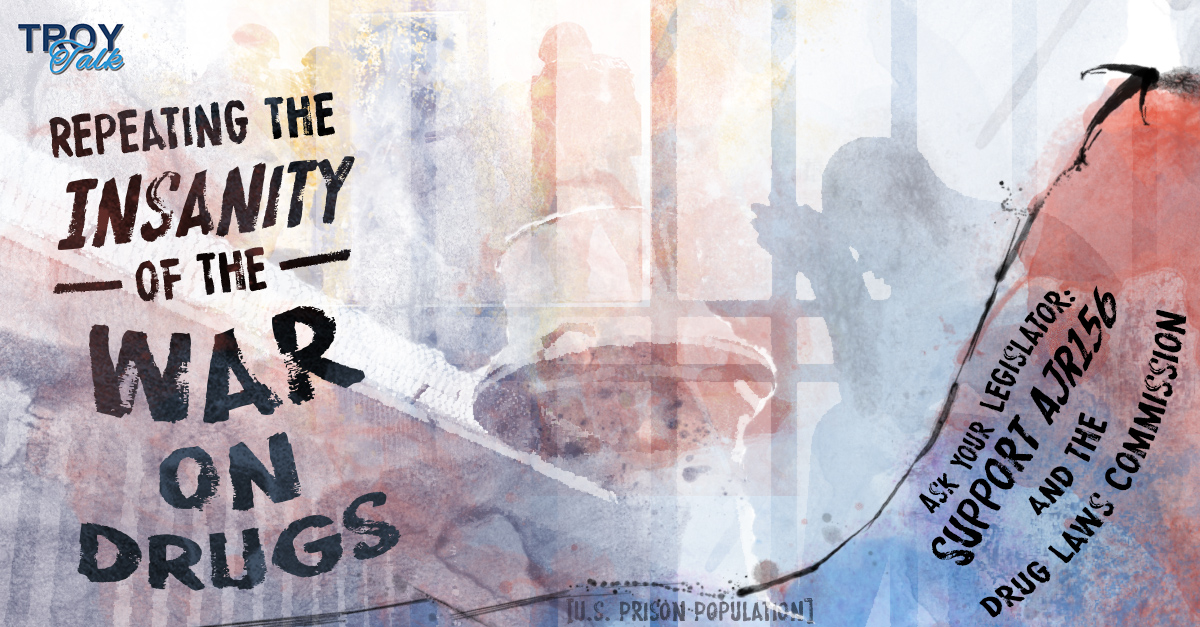 Few clichés have entered the lexicon with such persistence as the one that maintains that the definition of insanity is doing the same thing over and over again and expecting a different result. Unfortunately, this cliché survives and it aptly describes United States Attorney General Jeff Sessions’ proposed sentencing guidelines applied to convicted drug users.

Attorney General Sessions in recent weeks has called upon federal prosecutors to ramp up sentencing of convicted drug dealers, demanding lengthier incarceration, a throwback to the War on Drugs of the 1990s. He did so despite a bipartisan effort in Congress to offer evidence-based alternative sentences for low-level, nonviolent drug offenses.

The harsh sentences of the past failed to cure the drug problem. Indeed, today we have an opiate problem — an epidemic is a term some criminal justice experts use — and his solution is doomed to failure. What is a most disheartening consequence of that past drug war? Tens of thousands of individuals were left with a criminal past, a permanent scarring on their background for a misstep that leaves them with a record that is virtually permanent. It affects job opportunities and even school possibilities, and unlike the pre-digital past, a conviction today follows you forever.

Undergirding that war on drugs is the suggestion that minorities were unfairly singled out for punishment. An overwhelming proportion of those convicted of drug offenses are minorities, usually African Americans, even though drug usage rates are virtually similar across ALLracial lines. At best, this is unfair — we’ve stacked the deck against certain segments of our population — and at worst, it is blatant racism.

“Mandatory minimum sentences have unfairly and disproportionately incarcerated a generation of minorities,” said Senator Paul in a statement.

The Senator further stated that, “the attorney general's new guidelines, a reversal of a policy that was working, will accentuate the injustice in our criminal justice system. We should be treating our nation's drug epidemic for what it is -- a public health crisis, not an excuse to send people to prison and turn a mistake into a tragedy. If I told you that one out of three African-American males is forbidden by law from voting, you might think I was talking about Jim Crow 50 years ago. Yet today, a third of African-American males are still prevented from voting, primarily because of the War on Drugs. The War on Drugs has disproportionately affected young black males.”

And that is the crux of this dual-edge problem. Longer term sentences didn’t work, and the damage it did to those convicted of low-level, nonviolent drug offenses continues to take a toll, especially against minority youths. I have given this problem considerable thought and recognize that we will overcome it only if we apply the best minds to address the issue and not simply attempt to “artificially manufacture” a tough on crime stance that doesn’t actually reduce crime.

For that reason, I am working with my colleagues to devise policy that will re-examine — carefully, thoroughly and with resoluteness and compassion — this issue. My proposal, AJR156, calls for a commission to be known as the “Drug Laws Commission.” The 11-member commission would examine the possible disparate impact of New Jersey drug laws on racial and ethnic groups. The commission would submit to the Governor and the Legislature a report within two years, containing potential causes of the disproportionality, if there are any, among racial and ethnic groups and make recommendations to mitigate or eliminate them.

If any of my readers or fellow citizens believe that my approach on this issue suggests I am weak on crime or more concerned about perpetrators of criminal activity, you would be completely mistaken. What I am seeking is fairness for all, in an objective and rational way. No individual or legislator has all the answers. I believe that a pragmatic, well-thought-out, fresh approach to the problem is what we need to counter the racial disparities that have long plagued every level of the criminal justice system.

Mass incarceration and perpetuating the War on Drugs is a failed experiment. Policymakers across the vast political landscape of our nation agree on this point. We should not turn back to the drug sentencing policies that lead to more prisons and more prisoners, that doesn’t end the addiction epidemic in our country or the demand for drugs. We would be better to follow the advice of the American Society of Criminology when it recently stated that crime policy “should be built on science, and elected officials at all levels of government have a responsibility to endorse public policies that are evidence-based and that promote fairness, equality and justice.”

The commission will help provide it. That’s my take, what’s yours?