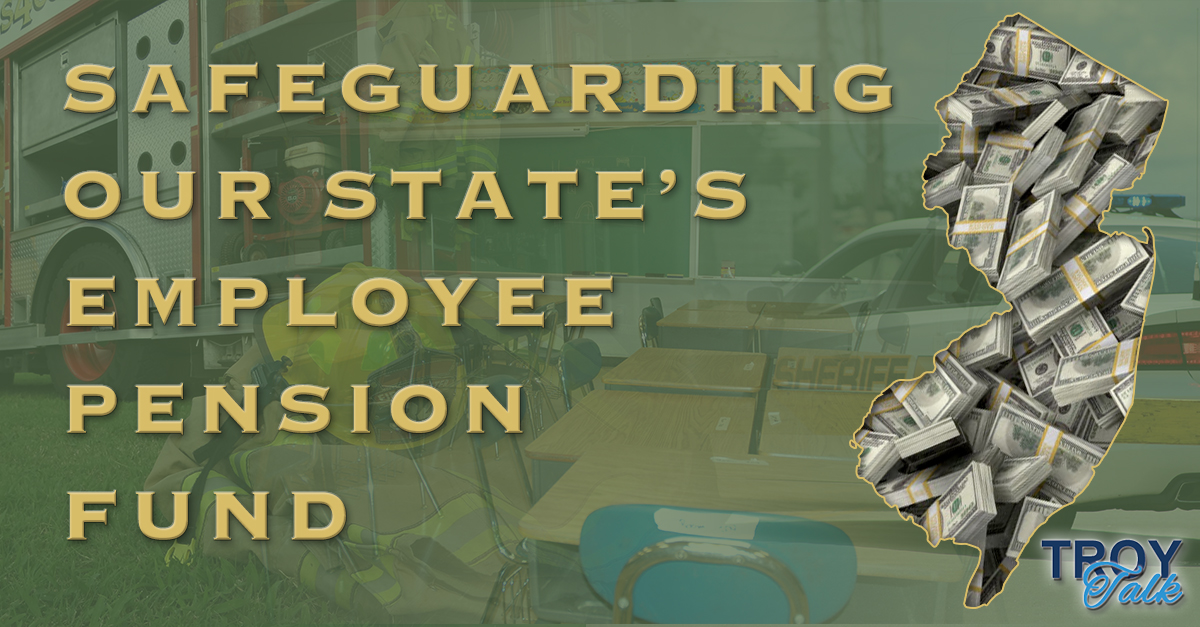 When you have an agreement, there are often two components that make it both viable and fair. One component is that it must offer specific details, and those who enter into an agreement do so in good faith.

We have a state pension funding deficit.  Some have even described it as a crisis. The state has a legal obligation to make increased payments into the public employee retirement systems. It also has a moral obligation to do right by the employees who have stepped up to the plate and fulfilled their end of the bargain. Bailing on this responsibility would be a dereliction of duty and further exacerbate the state's pension funding deficit.

The Seton Hall Legislative Journal bluntly describes the current situation as being “on the brink of disaster. The state’s chronic underfunding of the pension system continues despite comprehensive pension reforms passed in 2011.”  It concludes that “a reduction of pension benefits, when combined with underfunded pensions systems, victimizes public employees.”

What has occurred is an accounting sleight-of-hand by this administration, which is using increased employee contributions to offset and reduce the contributions the state must make to fund the current pension system to the tune of $250 million. This diversion was identified by the financial services company, Standard and Poor’s, as a “one-shot budget measure” that undermines the State’s long term finances.

According to the non-partisan New Jersey Office of Legislative Services (OLS), if the State had continued to deposit the increases in the employee pension contributions as additional contributions, the state would have contributed $1.083 billion more into the pension systems by FY 2019.

The state receives a failing grade for nonperformance and for a lack of transparency on this issue. Therefore, I recently introduced a proposal, A-3296, which would prevent this and future administrations from trying to hijack the increased pension contributions made by public employees to offset the contributions owed by the state.

Teachers, police officers, firefighters and other public employees deserve this reasonable level of accountability. Additionally, taxpayers throughout the state will be saved money in the long run by meeting this obligation as the 2011 reforms envisioned.

The New Jersey Education Association, which has offered support for my legislation, noted that “it prevents the state from using accounting maneuvers to lower its share of public employer contributions into the pension system.

“We continue to reiterate that when the state fails to make its full share of payments into the pension system, it undermines the financial integrity of our pension systems and will result in higher costs for all taxpayers in the future.

“It is imperative that the state return to fiscally sound funding practices to ensure the system’s long-term stability.  While the state has failed to make the necessary contributions to the pension system over the last several years, school employees have continued to make their full required contribution out of each paycheck.”

We cannot afford to continue to short-change our public employees by trying to pit one taxpayer against another and blaming them for the entirety of our State’s pension funding problem. This proposal is sound fiscal policy and should be a component of any further pension reform that will help protect the retirements of public employees, and the interests of taxpayers as a whole. If we hope to continue to attract quality talented people to the public sector jobs, we must ensure that we have a pension system that is fair, equitable and stable. That’s my take, what’s yours?