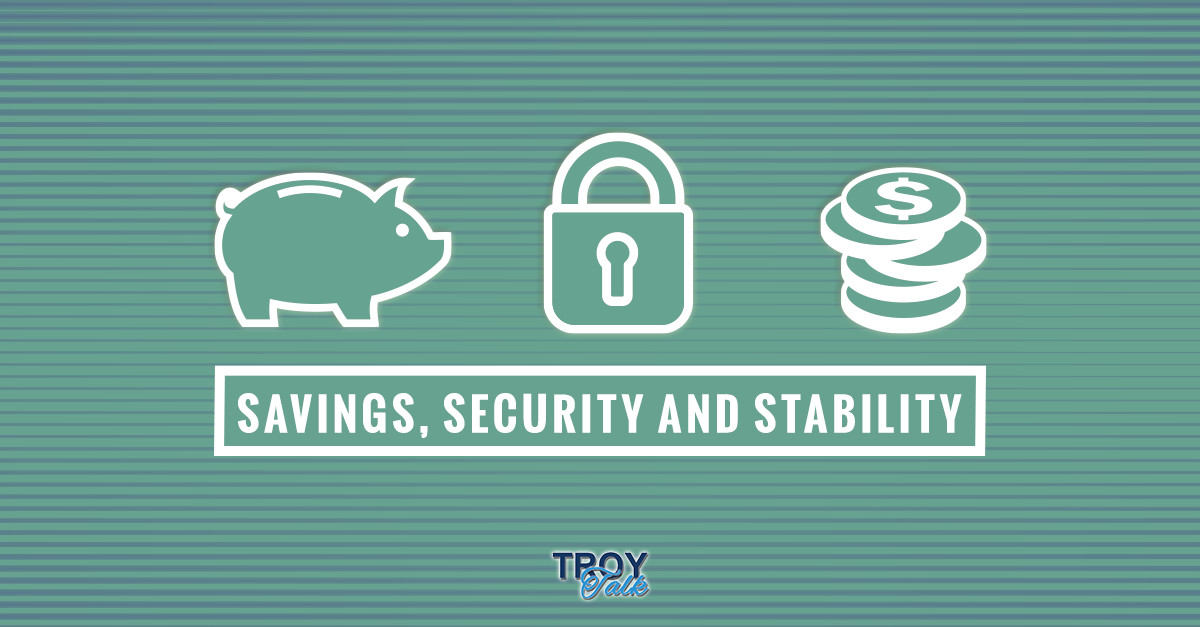 I have been doing a lot of thinking about how to increase the financial security of New Jersey residents. The banking meltdown of 2008 rudely awoke everyone to the reality that it is in our self-interest (and our families) to take a more direct role in our financial future. This point is highlighted by a recent Harvard study that says it is no easier to climb up the income ladder today than 20 years ago.  More frightening is the revelation that one out of five Americans have no savings when they retire. None.

There is a rational and time-tested approach that offers a system for people everywhere to better safeguard their savings while adding security and stability to their personal financial life: participating in an employee stock ownership plan (ESOP).

An ESOP allows employees to have an ownership stake in the company where they are employed. They receive stock ownership, often with no upfront costs.  A trust is set up that holds onto the shares until an employee leaves or retires, and then the stock is sold either on the open market or back to the company.

ESOPs are gaining ground because they benefit virtually everyone, from workers and executives to owners and even the national economy. For that reason, I have recently submitted paperwork to become a sponsor of A1414, introduced by my colleague, Assemblyman Benji Wimberly (Passaic County), that would provide a tax exclusion for capital gains from the sale of certain employer securities.

This proposal hopes to incentivize small businesses to establish an ESOP.  Thus, companies could share ownership without employees investing their own money.  Also, the bill would encourage owners to sell the business to their employees, who, after all, are the single largest contributor to the company’s success. Lastly, the bill would encourage the ownership of New Jersey businesses by our citizens, rather than out-of-state entities or investors which could potentially be disruptive to the local community.

Given the growing appeal of ESOPs, it is unsurprising that their popularity justifiably grows. As of 2015, it is estimated that there are roughly 7,000 ESOPs covering about 13.5 million employees. The largest and most significant study related to the performance of ESOPs conducted by Rutgers found that companies grow 2.3 percent to 2.4 percent faster after setting up their ESOP than would have been expected without it. Companies that combine employee ownership with employee workplace participation programs show even more substantial gains in performance.

And if you think that ESOPs are only for mom and pop firms, you would be mistaken. ESOPs appear in all company sizes. According to information provided by the National Center for Employee Ownership, some of the more notable majority employee-owned companies include: Publix Super Markets (160,000 employees), Lifetouch (25,000 employees), W.L. Gore and Associates (maker of Gore-Tex, 10,000 employees), and Davey Tree Expert (7,800 employees). Companies with ESOPs and other broad-based employee ownership plans account for more than half of Fortune Magazine's "100 Best Companies to Work for in America" list year after year.

This last attribute, of course, begs the why question:Why do ESOP companies do so well when being judged on whether it’s a “good” place to work? Sometimes, the obvious answer is the correct one. We have seen — both in studies and anecdotal observation — that home ownership is a key ingredient inmaintaining a higher standard of upkeep for one’s personal dwelling. This analogy I believe holds true for ESOPs. Employees feel more committed to the company because they have a stake in how well the company does. It is NOT an exaggeration to say that they ARE the company.

And while the benefits of an ESOP continue to receive confirmation on a personal level, the broader perspective is also rosier. This is an issue that enjoys broad bi-partisan support throughout the country. Noted economist Alex Brill says ESOPs provide “an important benefit. ESOP are a proven way to cultivate employee loyalty, and worker commitment appears to enhance economic prosperity. . . . ESOPs have seen an increase in employment and active participants compared to the overall economy both when the economy was adding jobs and when it was in recession. These results strongly suggest that, in the context of the current tax reform debate … policymakers should recognize the evidence in support of ESOPs and their positive economic contribution.”

Some have applied the term “shared capitalism” when referring to ESOPs. While there is no perfect economic system that fits everyone perfectly,  ESOPs move much closer to the ideal that owners, employees and the economy at large all benefit in a far more rational and fair manner. That's my take. What's yours?