Superstorm Sandy: A Possible Solution to the Waiting Game 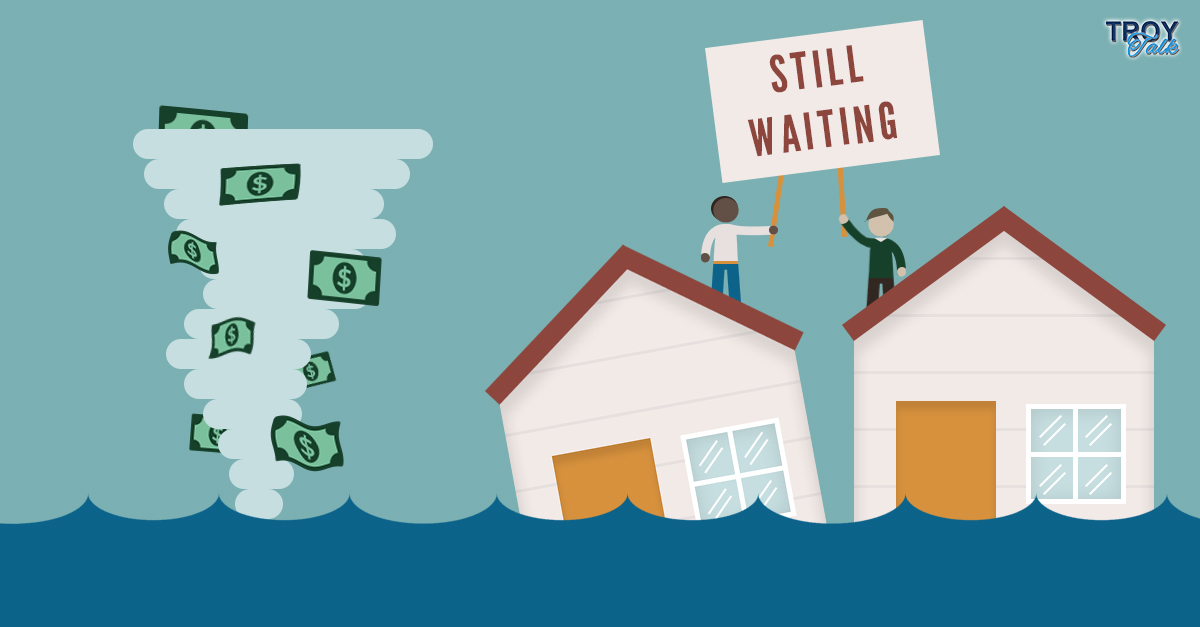 Some people probably view imprudent government spending the way they do about donating money to charity. Many people give, and some give a lot. And I suspect their single greatest desire is that their donation in some reasonable (and hopefully measurable) method actually finds its way to the intended recipients. What they hate is when money is squandered (spent on administrative costs) not disbursed or even used illegally. That’s how many of us feel about our tax dollars.

And then you have Superstorm Sandy. It appears that only eight residents who had homes destroyed or damaged by Hurricane Sandy have moved into apartment complexes built with government funding. Did I mention that $100 million was set aside for this recovery effort?

That so few people who had already suffered a tremendous, indeed a life-altering disaster should fall prey to bureaucratic bumbling is a tragedy.

The money trail is clear. The state-run Fund for Restoration of Family Housing (FRM) was supposed to use federal Community Development Block Grants that would provide zero-and low-interest loans to developers who in turn would build affordable housing to Sandy victims. Sandy victims were to receive, correctly I believe, preferential treatment during an initial 90 day as the leasing period began.

There was to have been a concerted effort by developers to create an outreach program in English, Spanish and any other language that might predominate in a locality. In short, create awareness about the program.

What citizens have received so far is something much less, and even the Governor has conceded that errors were made. Only a quarter, about 1,959 of approximately 8,000 homeowners in the Reconstruction, Rehabilitation, Elevation and Mitigation program (RREM), have completed the rebuilding process.

If we combine the numerous issues that the displaced homeowners face, it comes down to this: The government has not dispersed allocated funds in a timely, reasonable and publicly accountable fashion. We recently marked the third anniversary of Sandy, and we are still far behind helping those who need it. Some of the affordable housing funds have been diverted from going to the hardest hit areas near the shore to other areas that faced far less damage, and, finally, some municipalities are still sitting on money that needs disbursement.

For that reason, I have introduced legislation, A4786, that will remove these obstacles. My proposal aims to address those concerns by ensuring fairness, increasing transparency and boosting assistance to those struggling to hold on to their properties while they rebuild.

My legislation would ensure the following:

As we pass this third anniversary, I am committed to seeing that people, who deserve and are qualified, receive the help they deserve based on a plan that originally was fair, thorough and thoughtful. We don’t need any more Superstorm Sandy’s and we also don’t need any anniversaries of victims still waiting for the help that allows them to get their lives back on track. That’s my take. What’s yours?