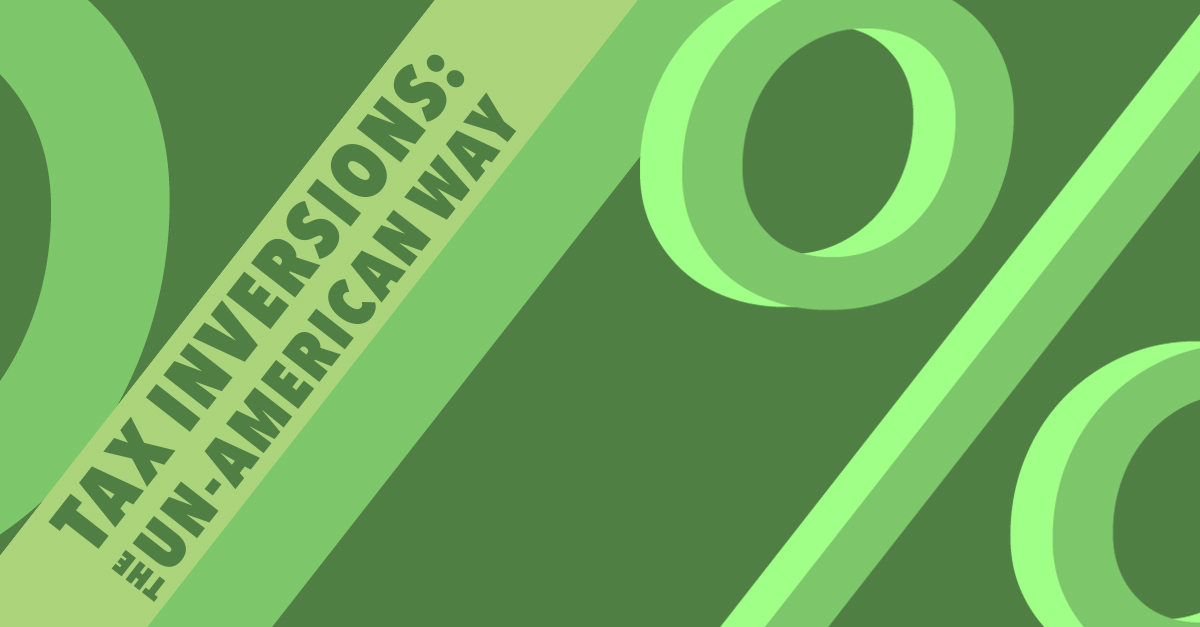 When Pfizer announced it was buying Dublin, Ireland-based Allergan in a move that would create the largest pharmaceutical firm in the world, we felt the ill-effects throughout New Jersey. It didn’t take long for sharp-eyed citizens and the media to suggest that this was a bad deal for American taxpayers.

Pfizer, which maintains a major campus in Peapack, N.J., also known as Peapack-Gladstone, a borough in Somerset County, made it clear that this acquisition of Allergan would make Dublin its new tax home. Reducing this move to its simplest terms, often referred to as a tax inversion, would allow Pfizer to renounce its U.S. citizenship (as a company) and become an Irish business citizen. This would greatly reduce its tax liability.

The U.S. could lose $20 billion in tax revenue during the next 10 years based on an analysis done by the Congressional Joint Committee on Taxation when it comes to these corporate inversions. Also, this tax-avoidance tactic places an unfair burden on all of the rest of us as taxpayers, because the tax bill doesn’t disappear. This means that other taxpayers, namely small businesses and consumers, are forced to subsidize those who are not paying their fair share.

You know how blatantly offensive this move is when Democrats and Republicans call it into question in some of the strongest terms. President Barack Obama calls it “unpatriotic” and Donald Trump told the Business Insider recently that, “The fact that Pfizer is leaving our country with a tremendous loss of jobs is disgusting."

A recent Star Ledger editorial explains with clear-headed sensibility precisely why inversions are so distasteful. “The reason we have corporate taxes in the first place is because companies like Pfizer directly benefit from public spending in America. Pfizer profits from government research on drugs and patent protections. … Its workforce is educated in our public schools. Its employees take public roads and transportation to their jobs. These are all things that Pfizer is not paying its fair share for. Where is the taxpayers’ return on these investments?”

In New Jersey, as elsewhere in our country, we invest TOGETHER in public education to produce a skilled workforce to sustain and grow our companies. We invest TOGETHER in our roads, ports and bridges to make it easier to move products to the marketplace. All of this shared public investment, and some would prefer to run out on the bill.

I wish I could say that tax inversions are an isolated business practice that is an anomaly, but the data shows that they are growing in use. Since 2011, 12 corporate inversions involving U.S. companies have been completed, and at least 10 more prospective deals are in the works, according to the Tax Policy Institute.

Though, there is growing outrage over this practice. Walgreen Co. (they own the Walgreens drugstore chain) got cold feet when bad press convinced them that moving to Switzerland was a bad idea. Chiquita faced similar political and financial issues and backed off of buying rival Fyffes.

Is there a solution? At the moment, a tax inversion is not illegal, and the remedy is complex. Some will argue that it needs to begin with a serious and earnest debate on our country’s corporate tax structure and how it creates these artificial winners and losers. I would agree that this is a critical step. But, even at the top federal corporate tax rate of 35% many of these same countries are taking advantage of tax write-offs that reduce their tax liabilities to a significantly lower level.

Unfortunately, Congress has not shown a willingness to address this major fiscal issue. And, ultimately if there is a way to halt this practice it will have to come through federal legislative action as it relates to the tax code. However, in New Jersey, there is a small but important step we can take.

I have introduced a proposal (A3624/3681) that would prevent this “double hit” on our economy. The proposal does not argue the merits, or lack thereof, of corporate inversions. It simply states that companies who employ this tax avoidance tactic will not be able to receive any of New Jersey’s finite economic development subsidies or state contracts. As companies exploit this tax loophole, it produces a lower state tax base. This base is then further eroded by the generous tax breaks handed out by the New Jersey Economic Development Authority, and our state’s fiscal health takes a hit.

Here’s how. Like most states with a corporate income tax, New Jersey takes the net income allocable to New Jersey. The tax applies to net income for the entity’s accounting period (calendar year or fiscal year), or any part thereof during which the corporation has a taxable status within New Jersey. That formula does not change due to a corporate inversion. However, what does change is the apportioned taxable income amount that is multiplied against the New Jersey corporate tax rate. Thus, reducing the money the state collects and affecting the quality of programs and services the state can offer.

I am clear that this idea cannot change federal tax policy on inversions. However, I believe that this proposal is really about the fundamental notion that success or failure as a business should not be decided based on who is well-heeled enough to take advantage of this tax loophole. A3624/3681 is a small but important step to protect New Jersey’s tax base and is a common-sense piece of corporate accountability legislation. That’s my take. What’s yours?