The Agony & the Ecstasy 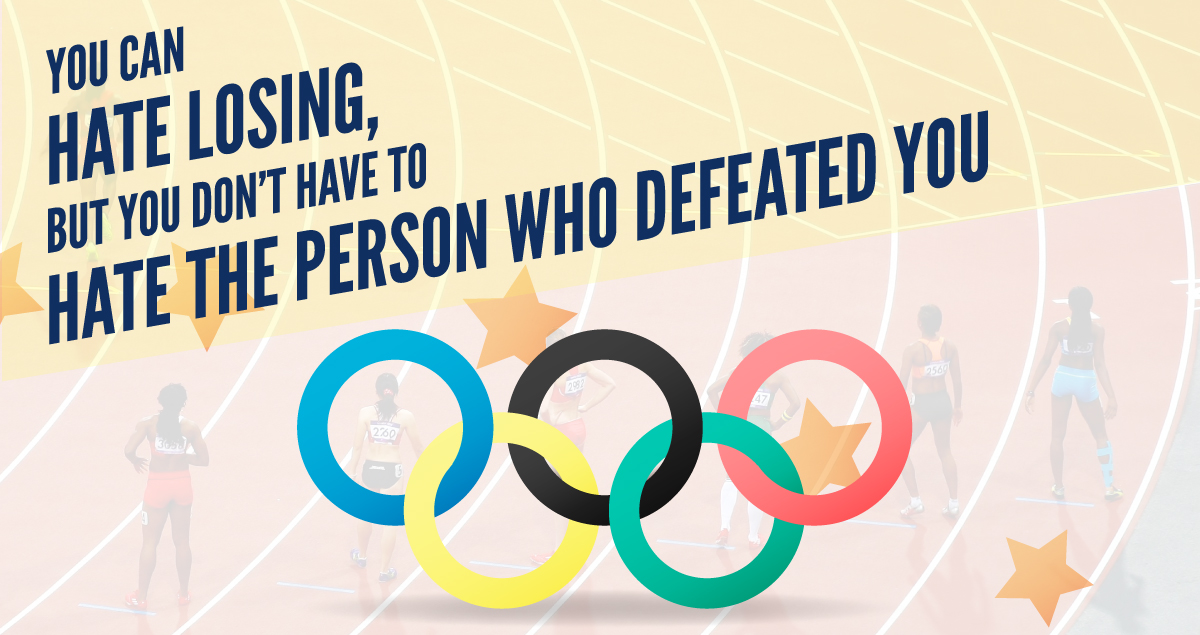 ABC’s “Wild World of Sports” was a popular TV program that ran for 37 years. It had a memorable intro, “The Thrill of Victory and the Agony of Defeat,” as it showed the spectacular wipe-out of a Slovenian skier, who was unhurt. That slogan remains in our lexicon to this day.

The show was wildly popular not only because it highlighted major sporting events, but also minor sports that seldom got any media attention. I also think then, as now, it allowed all of us a moment of vicarious pleasure to daydream about how it must feel to win or lose in pursuit of an athletic goal. That’s a feeling that many viewers must be sharing as they watch the Olympic Games.

As I watched the greatest sporting display on earth, I couldn’t help but wonder whether there weren’t lessons that we could pluck from the games by simply being an observer. The Olympics, like everyday life, is far from perfect. But mostly in this great competition the vast majority of competitors, with some notable exceptions, have taken the high road, looking for commonality and camaraderie in the pursuit of a common goal — victory — even as they compete against each other.

Some of the great examples from Rio of this axiom include:

When Madeline Dirado, a Stanford grad, won the gold medal in the 200-meter backstroke against a highly favored Hungarian opponent. She sang every word of the national anthem, and I suspect many of us sang with her.

When Michael Phelps won the gold medal against Chad le Clos in the 200-meter butterfly, we saw a closing chapter of a fierce rivalry. After losing, le Clos crossed over the swimming lanes to embrace and congratulate Phelps. You can hate losing, but you don’t have to hate the person who defeated you.

When Simone Manuel (another Stanford grad) won the gold in the 100-meter freestyle she looked up in amazement after attaining a historic win. She not only won for herself and her country, she won for millions like her who might have thought, “We don’t do that.” “Yes, we do,” is what her victory demonstrated, as she became the first female African-American swimmer to win an individual gold medal.

(As an aside: my friend took his son to a Stanford recruiting session in Philadelphia four years ago. The representative claimed that if Stanford had been a country during the previous Olympics, they would have finished in the top 10.)

Not to paint a too-rosy photo, we admittedly had examples of behavior — fortunately they were infrequent —that was unbecoming.

One was the boorish behavior of a judo contestant from Egypt, who refused to obey protocol — bowing to your opponent and offering a handshake— after being defeated by an Israeli athlete.

Most of us will never become Olympic champions but it’s not misguided to use these athletes —American and non-American alike — as a motivational trigger in the challenges that we face in our own daily lives. It might not be sports, but it could be getting that next promotion or recognizing that we need to commit to a healthier lifestyle. Not particularly dramatic, except, of course, to ourselves.

I have always believed that when there are differences, let’s start with what we can agree upon. I believe the spirit of the Olympic Games exemplifies that belief, and that is good for all of us.

Finally, we have a few days left before the Rio Olympics end Sunday. Watch the remaining competition for the sheer pleasure of it. And enjoy the closing ceremonies as the sporting world becomes, even if it’s just for one day, a large international family. That’s my take. What’s yours?